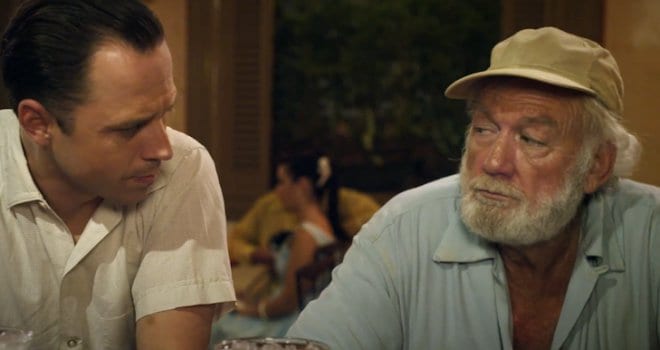 “Papa: Hemingway in Cuba” is a movie about never giving up on your idols. Even the ones that were suicidal and liked to piss into fireplaces. The film is amazingly low budget, but that’s because they shot in Cuba. So many concessions are made when you go into countries like that, but I guess it was more important to be authentic. Honestly, I just wish they could’ve sprung for better lighting.

Giovanni Ribisi does the thankless role of being the wide-eyed journalist that exists to make Hemingway look like a wordslinger God. Still, Sparks keeps playing Hemingway like he’s back on the stage. If you’ve ever watched Roddy Piper on “It’s Always Sunny in Philadelphia”, it’s that same kind of performance. Lots of meaningful looks and trailing off when a situation becomes too heavy. Still, I enjoyed it.