WHAT:       Join us for an extraordinary film event 30 YEARS in the making! On Saturday, July 9th, come celebrate the release of the exciting new Back to the Future documentary OUTATIME: SAVING THE DELOREAN TIME MACHINE.

Meet cast, crew, and special guests — along with the actual, screen-used DeLorean Time Machine used in the Back to the Future

trilogy! Film begins at 7:00 pm. Q&A with the filmmakers and members of the Restoration Team after the film. Win fantastic prizes

– including an exclusive Desktop Display containing pieces of the Time Machine recovered during the restoration!

The event will take place at the Petersen Automotive Museum in Los Angeles.  Admission is free, but space is limited. RSVP: petersen.org/museumevents

All BTTF vehicles, DeLoreans, and costumes welcome! For a trailer and more information, visit OUTATIMEmovie.com

Head of the Restoration – Joe Walser

DETAILS:  The DeLorean Time Machine is the most famous movie car in the world. But after decades harsh weather, souvenir hunters and wild animals – this cinema icon seemed destined for the junkyard. OUTATIME chronicles the efforts of Bob Gale (co-creator BTTF trilogy) Universal Studios, and a group of dedicated fans, as they work to bring the Time Machine back to life. Together, they embark on the greatest movie prop restoration…of all TIME!

In 2015, a 15 minute version of OUTATIME was featured on the official Back to the Future 30th Anniversary Blu-ray set from Universal Studios Home Entertainment. The new, feature length version of OUTATIME will be released as a stand-alone film on Blu-ray, DVD and VOD on July 19th.

VICE PRESIDENT JOE BIDEN SPEAKS OUT ON ORLANDO AT THE LGBT “TRAILBLAZER HONORS” ON VH1 AND LOGO, SATURDAY, JUNE 25 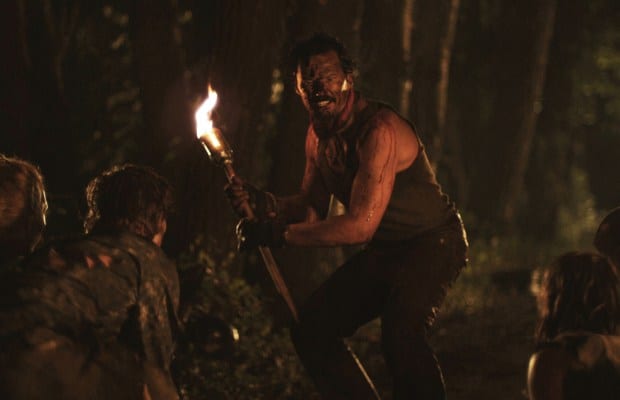 THE STAKELANDER HAS WRAPPED PRODUCTION