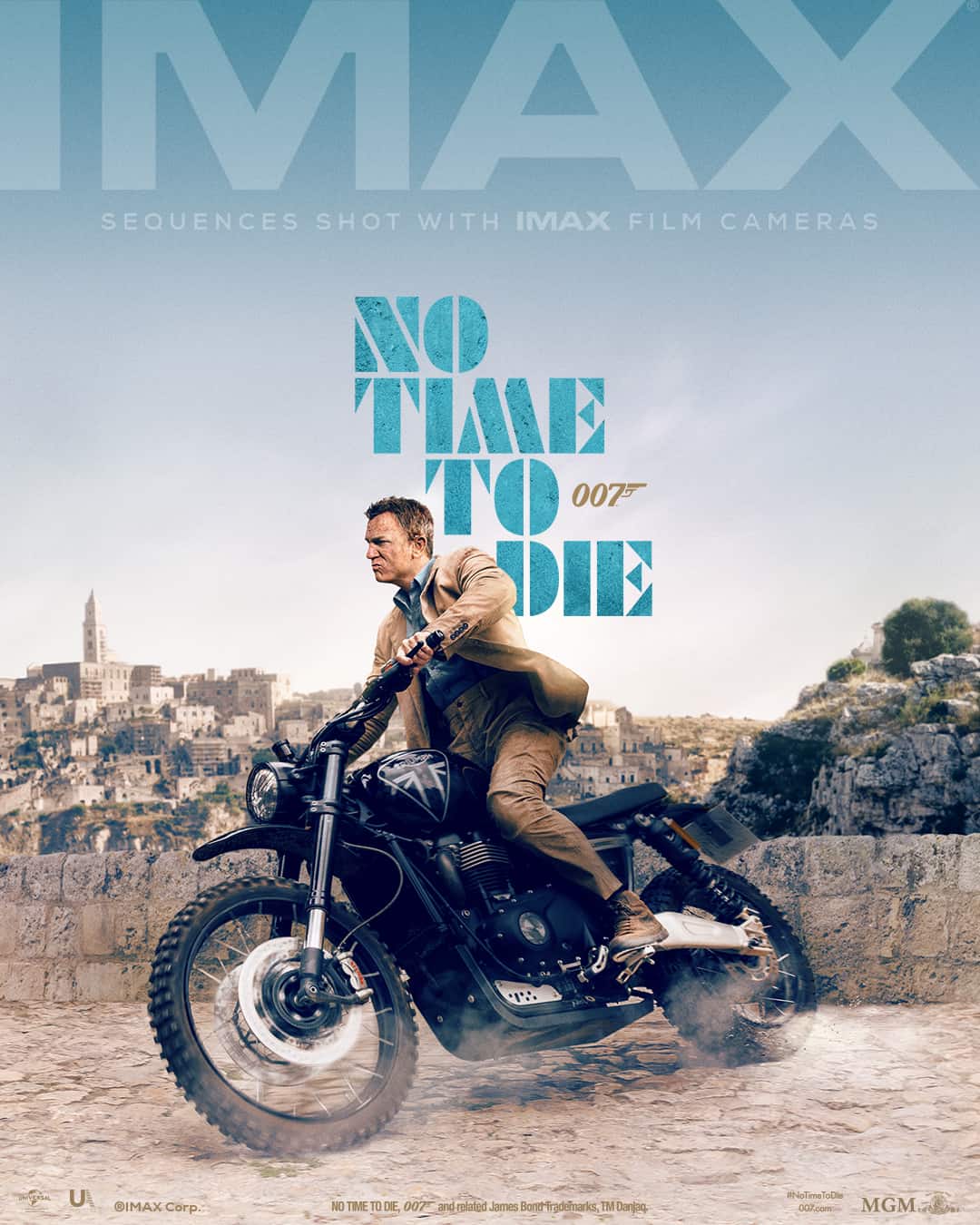 Today, IMAX has revealed its all-new exclusive artwork for No Time To Die, the latest installment of the global James Bond franchise and the first ever to be shot with IMAX® film cameras. No Time To Die opens wide April 10, with early access IMAX screenings starting the morning of April 9.

Filmmaker Cary Joji Fukunaga captured select sequences of No Time To Die using IMAX’s extremely high-resolution 15/70mm film cameras to deliver IMAX audiences greater scope and breathtaking image quality. Only in IMAX theatres will audiences see the film the way it was creatively intended, as the scenes shot with IMAX film cameras will expand vertically to fill the IMAX screen, providing audiences up to 40% more of the image with unprecedented crispness, clarity and color for a truly immersive experience.

In addition to being shot with IMAX film cameras and the exclusive expanded aspect ratio, the IMAX release of No Time To Die will be digitally re-mastered into the image and sound quality of The IMAX Experience® with proprietary IMAX DMR® (Digital Re-mastering) technology. The crystal-clear images, coupled with IMAX’s customized theatre geometry and powerful digital audio, create a unique environment that will make audiences feel as if they are in the movie.

0 0
Previous ArticleCHILDREN OF THE SEA I GKIDS To Release In Theaters April 24th – Watch Trailer!Next ArticleCelebrate the Anniversaries of BRAVEHEART and GLADIATOR with Limited Edition 4K Ultra HD Steelbooks arriving May 5th