In September, GKIDS and Fathom Events continued their collaboration to bring exciting all new animated features to U.S. cinemas with “Promare” premiere events. Due to overwhelming fan demand, the companies announce that “Promare” will return for a special two-night encore showing in December with “Promare (Redux).” The English-subtitled version will screen December 8, and both the English dub version and special 4DX version will screen December 10. Promare will screen once more in 4DX on December 11. This marks the first 4DX release from GKIDS and is the first ever event cinema 4DX screening from Fathom Events.

“Promare” is the first feature-length film from the acclaimed Studio TRIGGER, creators of the hit series “KILL la KILL” and “Little Witch Academia.” Directed by Hiroyuki Imaishi (“GURREN LAGANN,” “KILL la KILL”), it is the spiritual successor to many of his former works, and uses a bold cel-shaded visual style to tell a blistering action-adventure story.

In addition to the film, event attendees will view, for the first time in U.S. theaters, the 10 minute “Promare” prequel short, “Side: Galo,” to play exclusively at Promare (Redux) event showings.

WHO: GKIDS and Fathom Events

WHEN: Sunday, December 8 at 12:55 p.m. local time in Japanese with English-language subtitles
Tuesday, December 10 at 7:00 p.m. local time with English dub
Wednesday, December 11 (show times will vary depending on location) in 4DX English dub only
WHERE: Tickets for “Promare (Redux)” can be purchased online beginning the week of December 2 by visiting www.fathomevents.com/events/promare, www.PromareMovie.com, or at participating theater box offices. A complete list of theater locations is available on the Fathom Events website (theaters and participants are subject to change). Check back often as movie theaters will be setting up ticketing until the event dates.

This Holiday Season, Spend some time with the Heartwarming Feature THE BOY, THE DOG, AND THE CLOWN!

Available to purchase on Amazon, iTunes, and other major outlets on DVD on December 3rd, 2019, the award-winning and enchanting film, THE BOY, THE DOG, AND THE CLOWN is sure to bring magic to your holiday season and beyond.

A young boy (Adrien Lyon), grieving over the loss of his father, befriends a sad, down-on-his-luck clown (Gabe Dell Jr.) who can perform incredible feats of magic. After Adrien gets lost in the woods, the boy learns that he must use the magical powers taught to him by the clown in order to be rescued. A story of healing, courage, and the power of knowing that magic is real for those who believe.

“I just love the feeling of doing something positive, something that can bring people hope and joy and inspiration,” says director Nick Lyon, who is primarily known for his action, disaster, and dark genre films, which include D-Day, Earthtastrophe, Hercules Reborn, and Rise of the Zombies. This film is his first venture into the family arena.

THE BOY, THE DOG, AND THE CLOWN is not just any family film. The core is the creative duo of father Nick Lyon (director) and son Adrien Lyon (The Boy). Nick’s cousin, Gabe Dell Jr., who trained as a performer with Cirque du Soleil, plays the role of The Clown. And the family canine, Foxy Lyon, plays the demanding role of The Dog. The film has its origins as a project for Adrien’s fifth-grade student film festival.

Originally entitled The Sad Clown, they all realized the short film had some sort of mystical allure, and Nick decided to expand the story by writing a feature-length screenplay to incorporate the footage already “in the can.” Nick soon recognized that the latter part of the script was going to be complicated to shoot and expensive (it took place at a clown competition in Las Vegas). He also realized that by filming only on weekends, Adrien was destined to outgrow his role if they didn’t pick up the pace.

Nick knew that a retool was in order and sent the script to veteran screenwriter and friend, Ron Peer, who saw this as the opportunity to create something different, something special, an indie family film featuring … a clown!

“I had never quite read anything like it,” says Peer. “There was just something charming about it. Watching the footage already shot, I was immediately entranced by Gabe Dell’s emotional performance as The Clown. I couldn’t take my eyes off him.”

Nick and Ron’s new goal was to rewrite the screenplay so that it could be shot in two weeks during the upcoming summer. Ron and his wife Mitzi Lynton also acted as producers and crew of the film. The final two-thirds of the movie was shot in Big Bear, California, with a micro crew, including Nick’s eldest son, Parker Lyon, and close-friend and cameraman Rick Mayelian.

In a world where evil clowns dominate the theatrical landscape, Nick and Ron were deliberately cutting across the grain by creating a family film that focused on the “good clown,” a harkening back to Shakespeare’s classic “Fool” and the performers of commedia del’arte. “Dell’s clown character stems more from the European tradition rather than the red-haired Bozo character seen at American circuses and children’s parties,” says Peer. “It’s a shame that the evil clown stereotype has become so prevalent that a word for fear of clowns has emerged in our lexicon: coulrophobia.”

“I hope that audiences really respond to our little movie,” Nick adds. “I would love to direct a sequel. But at the speedy rate that Adrien seems to be growing, I may be shooting with his son.” THE BOY, THE DOG, AND THE CLOWN is reminiscent of the charming European films of the 1960’s, and has been compared to the French classic The Red Balloon.

The film premiered at Dances With Films festival in June of 2019 and won the Audience Award. It is being released on December 3rd in the U.S. by Cinedigm and overseas by Cinetel Films. THE BOY, THE DOG, AND THE CLOWN has also received family certification from the Dove Foundation. The movie stars Gabe Dell Jr., Adrien Lyon, Kiki Del Vecchio, Kenny Johnston, Jennifer Christopher, Mitzi Lynton, Michael Gandolfini (son of James Gandolfini), and Khorri Ellis. 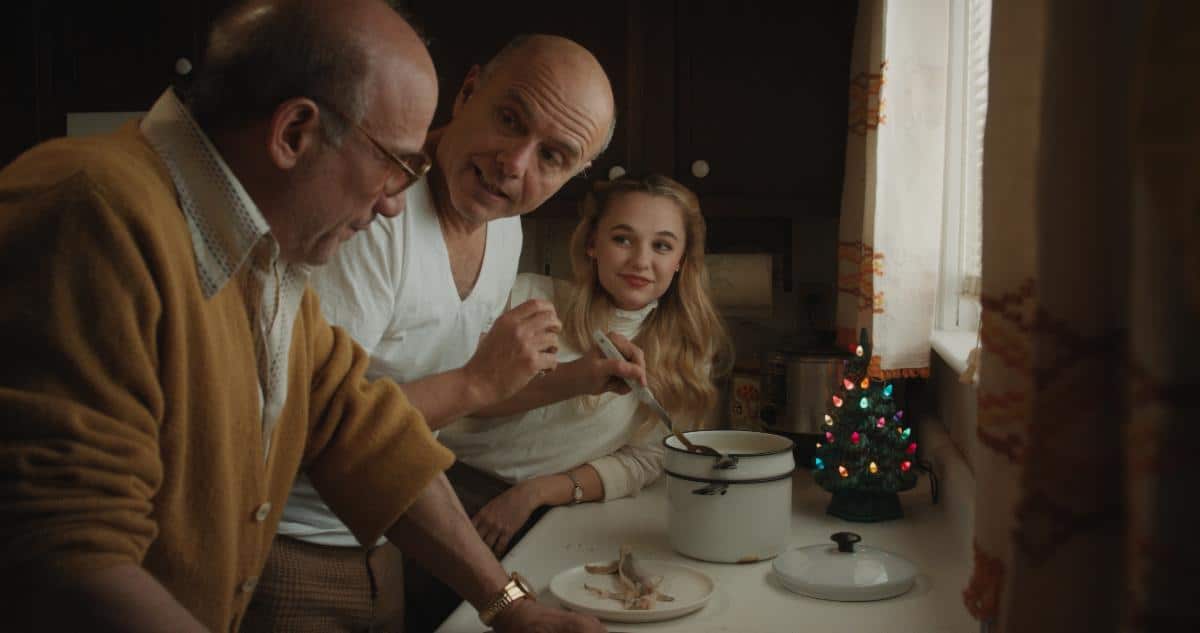 Feast of the Seven Fishes teaches you to cook Spicy Shrimp 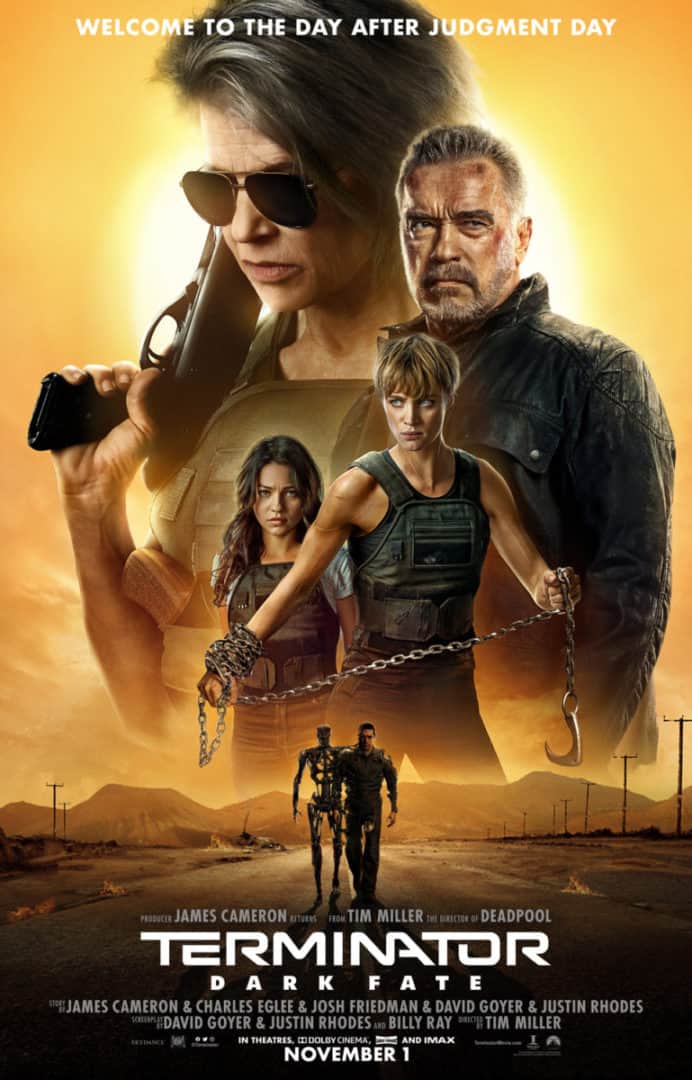 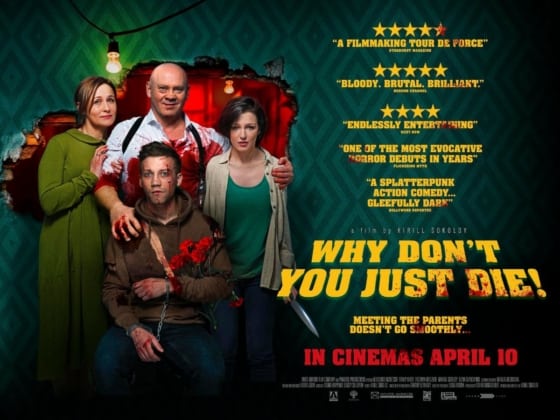