GKIDS, the acclaimed producer and distributor of multiple Academy Award®-nominated animated features, and Fathom Events are proud to announce the U.S. debut of “Never-Ending Man: Hayao Miyazaki.” This documentary follows the formerly-retired film director and animator Hayao Miyazaki as he experiments for the first time with CGI. Miyazaki is a Japanese film director, producer, screenwriter, animator, author, and manga artist. In 1985 he co-founded Studio Ghibli and went on to direct highly influential and acclaimed animated films such as Spirited Away, Princess Mononoke, and My Neighbor Totoro – which won the Academy Award for Best Animated Feature in 2003. Miyazaki’s critical and commercial success continued through his final run of films including Howl’s Moving Castle, Ponyo, and The Wind Rises. After the 2013 release of The Wind Rises, at the age of 72, he announced his retirement from directing, however his endlessly inventive mind has turned toward new creative avenues. The documentary explores the life and career of Miyazaki as he returns to work to create his short film Boro the Caterpillar using CGI.

Tickets for “Never-Ending Man: Hayao Miyazaki” are available now at www.FathomEvents.com  and www.NeverEndingMan.com or at participating box offices.

“Never-Ending Man: Hayao Miyazaki” comes to move than 500 U.S. cinemas Thursday, December 13 at 7:30 p.m. and Tuesday, December 18 at 7:30 p.m. (local time), subtitled in English. For a complete list of theater locations, visit the Fathom Events website (theaters and participants are subject to change).

In 2013, Academy Award®-winning film director and animator Hayao Miyazaki suddenly announced his retirement at the age of 72. But he can’t shake his burning desire to create. After an encounter with young CGI animators, Miyazaki embarks on a new project to utilize CGI for the first time ever. But the artist, who has been adamant about hand-drawn animation, confronts many challenges that threaten to cancel the film. Can an old master who thinks he’s past his prime shine once again? This program goes behind the scenes over two years as Miyazaki overcomes struggles to create his short film Boro the Caterpillar using CGI.

Earlier this year, GKIDS and Fathom Events presented the U.S. premieres of Mary and The Witch’s Flower, Fireworks, and The Night is Short, Walk On Girl, as well as 20th anniversary retrospective screenings of the cult-classic Perfect Blue to big screens nationwide.

“The works of Miyazaki have proven to be timeless favorites with anime fans nationwide,” Fathom Events CEO Ray Nutt said. “We have seen time and time again how his works resonate with U.S. audiences, and are proud that our ongoing partnership with GKIDS will bring this engaging documentary to these devoted anime aficionados.” 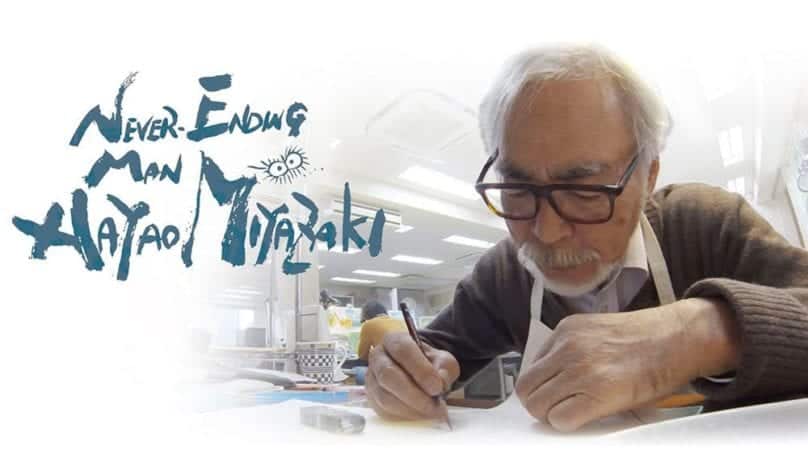 Never-Ending Man is the most honest portrayal of Hayao Miyazaki [Review]
May 27, 2019