Naked Over The Fence is one of those early Sylvia Kristel gems from before she became a global star. Cult Epics has uncovered this underseen 1973 gem from The Netherlands.

How did Cult Epics treat this underseen cult classic?

Sylvia Kristel movies are never properly supported in their time. Naked Over the Fence was no exception to the rule. I can already feel fans giving me a lesson about the rise of the Dutch comedy thriller. But, let’s be honest. Movies like this are a rarity. Any attempt between Cult Epics and similar partners to bring us this gem of film history should be respected.

Sylvia Kristel is probably one of the great cult actresses of the Post World War II era. After reading Cult Epics’ Sylvia Kristel hardcover book cover-to-cover, I’ve been deep-diving into her work. Naked Over The Fence’s director had made a film with most of the same cast earlier. That film (The Burglar) mined the same spaces and gave the cast plenty of things to play off.

But, what does it all mean? Is it meant to be a Scooby Doo style thriller on an open production with nudity? It’s pretty crazy, but it holds up. What’s even crazier is with the high stakes pieces and reliance on media to convey the murders, it often feels like Naked Over The Fence could have been a Scream contemporary. Naturally, it was slightly out of place in 1973.

Cult Epics continues to be one of my favorites

What Cult Epics manages to do with the help of the Eye Foundation is mine these weird areas of International cinema that go ignored. Movies like this are why I’m glad indie boutiques and tastemakers do deep dives on material like this. The world of international cinema and cult classics runs so deep that the ability to break out is getting super hard.

When you take on a film like Naked Over The Fence, you’re asking certain things of a modern audience. Most new viewers will be able to take the violence, however it’s the mix of comical sex at times that might hit people weird. I don’t care what year it is, but Western audiences still have a hard time with nudity in their narratives.

Things like this, I can handle as I expect in certain films. I only tend to freak out when it’s violent nudity or something that looks like a staged sex murder. But, we’ll get to movies like that later in the season.

How does Naked Over the Fence look on Blu-ray?

The Naked Over the Fence Blu-ray comes with a brand new 4K sourced transfer and restoration. Taken from the original negative, it’s amazing to see a film of its origins look so stunning. The commentary helped me to understand some things that missed me on first viewing. Plus, the vintage interviews and promotional material was supportive.

If you manage to get the Limited Edition of the Blu-ray, you’ll also get a CD copy of the soundtrack. Honestly, I dig having the original music to a movie. Put all of this together and you have quite a stunning release from Cult Epics. I’d recommend picking it up.

Naked Over The Fence is now available 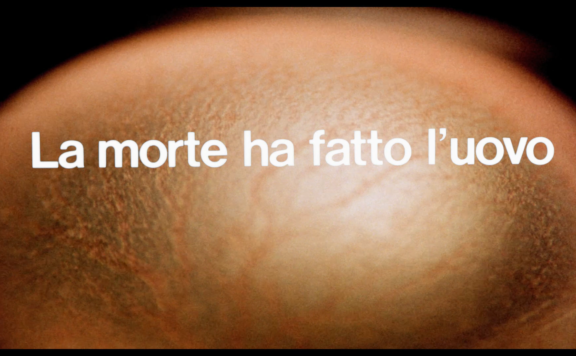 Naked Over The Fence is one of those early Sylvia Kristel gems from before she became a global star. Cult Epics has uncovered this underseen 1973 gem from The Netherlands. How did Cult Epics treat this underseen cult classic? Syl...
0
Average User Rating
0 votes
Have Your Say!
Your Rating: 0
Submit
Write A Review
Genre:Thriller
Rating:Not Rated
Director:Frans Weisz
Studio:Cult Epics 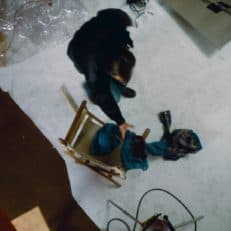 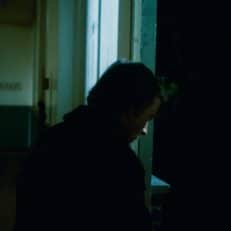 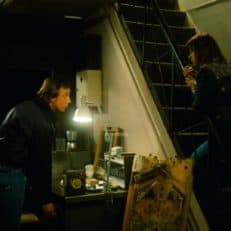