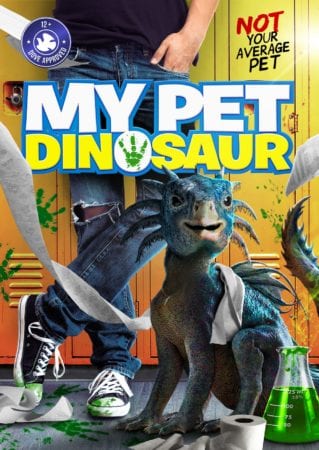 “My Pet Dinosaur” answers the question I have of what happens when you give a small child as a present to a dinosaur. It might have been the other way around, I couldn’t tell. The kid wouldn’t stop bitching throughout the first 20 minutes and I would be damned if I was going to sit through the film for a third time. From what I can tell, it’s a serious take on a kid finding magic goop that he uses to create a dinosaur. If you can swing that, then you have an idea of the film you are going to watch.

My kid liked the supporting girl, but found the lead boy to be a bit much. She let me know this by loudly groaning during most of the kid’s serious mugging when not with his dinosaur. The film pushes along, as we start to think about why nothing in this town makes sense. Oh well, kids will watch anything. Most kids. Not my kid. Damn.