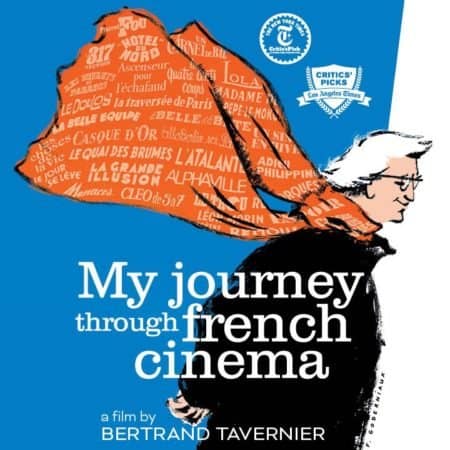 MY JOURNEY THROUGH FRENCH CINEMA REVIEWED

“My Journey Through French Cinema” allows Bertrand Tavernier to take Scorsese level approach to Gallic cinema. Heavily influenced by those earlier made for PBS documentaries, Tavernier can’t help but model the French cinematic experience through his perspective. In between tales of his own films and the work of the masters, he lets you know about being fired by Melville. Then, he carries on about becoming Godard’s press agent. All the while, an impatient audience wants to get back to the discussion.

Most of the films featured cover French cinema during the Nazi Occupation up until the early 1970s. A few later films slip into the mix, but everything is framed by Tavernier’s understanding of the material. I appreciate how Scorsese handled the same sore spot. Basically, Scorsese refused to talk about movies of his contemporaries as he would be ruined by bias. Tavernier experiences no such hesitation and delves into everything as a means of talking about himself.

But, the guy did direct Coup de Torchon. I figured that he deserves a little street cred to humble brag all over himself. But, half of this documentary feels like an excuse to play Le This is Your Life.