Summary
My Dream is Yours is an odd film that is a mix of a Doris Day and Bugs Bunny video. Check out our coverage of the Warner Archive Blu-ray.
8
Great
Video - 8.6
Audio - 8.2
Movie - 7.3
Special Features - 8

My Dream is Yours first came on my radar because of Bugs Bunny. Well that and a Martin Scorsese documentary that arrived in the 1990s. A Personal Journey with Martin Scorsese through American Movies is how I first learned that My Dream is Yours existed. Scorsese drew a direct line between My Dream is Yours and his work on New York, New York. Both movies are semi-musicals that deal with a lesser male talent having to make way for his lovely female superstar. Each film handles resentment in its own way, but the true talent of each story is always clearly defined.

Doris Day takes the lead again in another Warner Archive recent entry. I’m getting to the point where I almost want to spend the rest of 2021 rediscovering her body of work. It’s odd to see a teen singer transition into a big band singer in her 20s. Then, watch as the studios try to figure out what best suits her acting ability for a decade. I can’t think of any other scenario where that worked out before.

What’s weird is how much My Dream is Yours tries not to rely on Doris Day for the first reel. Jack Carson isn’t that strong of a lead, so he doesn’t pop off that well off of Day. I guess it’s swimming in the wake of that A Star is Born story structure, even though this film arrived before the insanely popular Garland version. Plus, it slightly dips into the heady material that was facing new American drama following the end of World War II. How many other films like My Dream is Yours was dealing with a working single mother?

Serving as a second remake attempt of Twenty Million Sweethearts, My Dream is Yours was Warner Brothers’ latest attempt to find a vehicle for Doris Day. The plot is thin, but the story serves as a slight edgier take on the post World War II musical. But, before that gets too serious…Friz Freleng gets to direct a partially animated sequence to capitalize on MGM’s hit Anchors Aweigh. Honestly, I feel the whole effort to shoehorn in the Easter dream sequence was to give the kid something to do and soften the harsh edge presented in the film so far.

By the time that comes to end, audiences must have been confused. Jack Carson spends My Dream is Yours effectively pimping the talent that works for him. Then, he feels bad when he realizes the woman that depends on him has a life independent of his business dealings. While that might sound like old hat in 2021, it was pretty cutting edge in 1949. So, where does that leave us an audience trying to make sense of the film?

The ultimate takeaway of My Dream is Yours is that it’s been to be a fantasy film for a certain kind of period woman. After all, what woman wouldn’t want to have both worlds back in 1949? Even with her pick of men, she gets to have the best of what they both offer and then gets the result that best suits her. It was Carrie running with Big in Paris long before HBO ever heard of John from Cincinnati.

Warner Archive packs a ton of special features onto the My Dream is Yours Blu-ray. You get a vintage comedy short, Oscar nominated drama short and a classic cartoon. Plus, you get a trailer. I know that classic movie fans love to have the original trailers packaged in these releases. So, don’t say that Warner Brothers didn’t do anything for you.

Fans can purchase My Dream is Yours at www.wbshop.com/warnerarchive or online retailers where DVDs and Blu-rays® are sold

My Dream is Yours (1949)[Warner Archive Blu-ray review]

My Dream is Yours first came on my radar because of Bugs Bunny. Well that and a Martin Scorsese documentary that arrived in the 1990s. A Personal Journey with Martin Scorsese through American Movies is how I first learned that My Dream is ...
0
Average User Rating
0 votes
Have Your Say!
Your Rating: 0
Submit
Write A Review
Genre:Drama, Musical
Rating:Not Rated
Director:Michael Curtiz
Studio:Warner Brothers 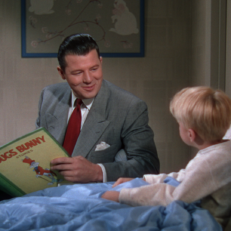 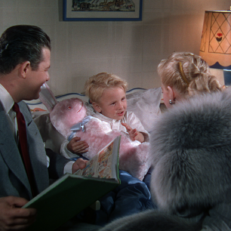 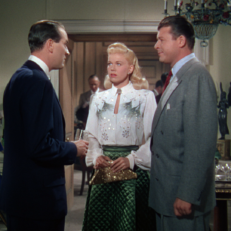 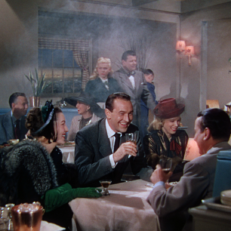 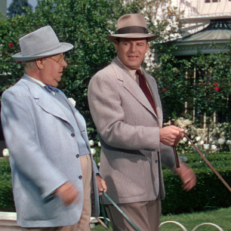 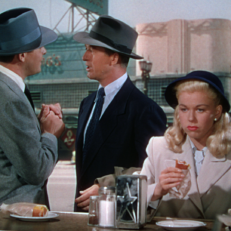