“Murderlust” is so low rent that its Project Nightmare double feature partner doesn’t really seem that bad compared to it. Both features are surreal films that feel like college kids try to make amateur combinations of “Body Double” and “Henry: Portrait of a Serial Killer”. The few people that have seen these films make comparisons to Dexter, but I don’t get it. While I enjoy early underground treats of guys who were never going to get to even the C-list, there’s nothing here of any artistic value. Just sit back and enjoy some true Exploitation cinema before the Super Bowl.

From enigmatic director Donald M. Jones comes one of the most disturbing and rarely seen serial killer sagas of the 80s: By day, mild-mannered Steve Belmont (Eli Rich of THE JIGSAW MURDERS) is a clean-cut teacher and youth counselor at his Los Angeles church. But by night, he’s a sexual psychopath who murders prostitutes and dumps their bodies in the Mojave Desert. Ashley St. Jon (TAKIN IT OFF) co-stars in this overlooked and effective (Horrorpedia) chiller, now with an all-new audio commentary and available uncut on DVD for the first time ever.

MAN WHO FELL TO EARTH, THE: LIMITED COLLECTOR’S EDITION 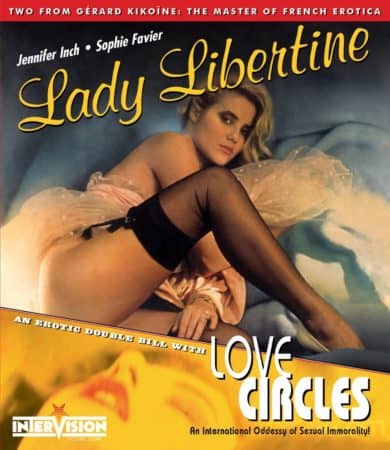