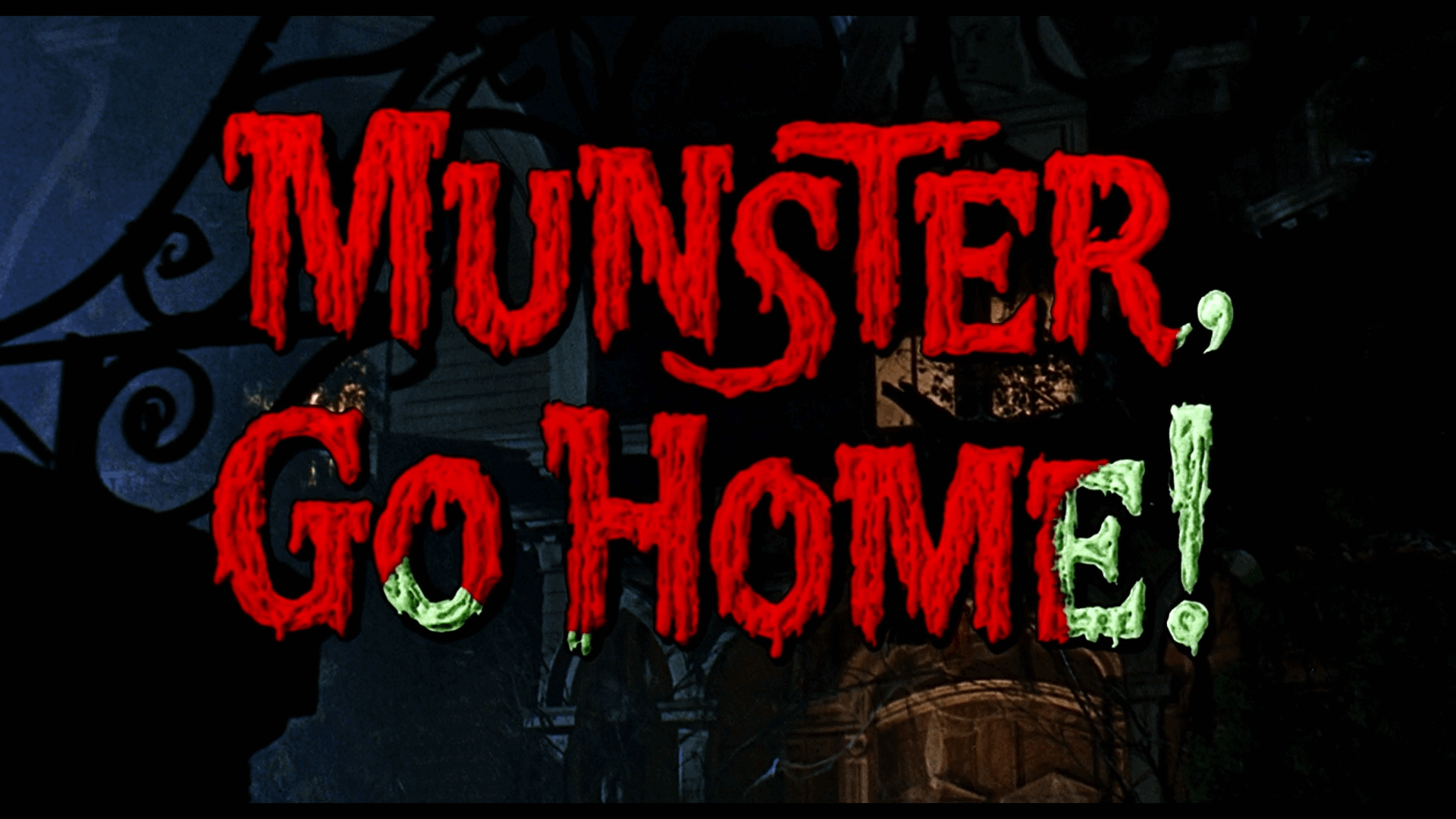 Munster, Go Home! is a film that I only started enjoying as an adult. When I was a kid, I was constantly bombarded with The Munsters, The Addams Family, MASH and whatever else was powering the Boomer TV nostalgia wave. Seriously, I was the kind of kid that Nick at Nite was hoping to crossover to in the 1980s. Unfortunately, it didn’t quite work and I kept watching Cheers and Wings instead.

The Munsters are easily 100 times cooler than The Addams Family. Hell, The Addams Family only got cool because of the live-action movies. Even as a 10 year old kid, I knew that Raul Julia was going to be tapping Morticia’s underworld the moment after the main story ended. Where was that the original TV show? Bug eyed John Astin bouncing around the place like somebody’s unattended kid.

What set apart our beloved Munster family is the fact that they felt real. Yeah, I know. But, the Universal Classic Monster is the only motif that differs them from any sitcom family. Audiences carry about Herman and Lily as parents. Plus, they dig Eddie, Marilyn and Grandpa. Monsters are a lot cooler than old Goths that might get caught mid-coitus by their creepy children.

This first Munsters film came on the heels of the show getting cancelled. The idea seemed to be to give the cast one big outing shot on the cheap, but Universal didn’t quite see it that way. They recast Marilyn since the TV show actress was damn near 30. This wouldn’t totally fly now, but I get why they did it. After all, the biggest subplot of the film involves Marilyn having a relationship in England. The other actor was nowhere near 30, so visuals…I guess.

John Carradine and Richard Dawson show up in super awesome supporting roles. However, the film’s selling points are seeing the Munsters in full color for the first time. Plus, it’s a workable comedy that was often used as double-bill fodder for Universal back in the day. It’s quite fun and works well for the kiddies.

Shout Factory also bundles the 1981 TV-Movie “The Munsters’ Revenge” on the same disc. While it’s true to form considering the first Munsters movie was shot in slightly over three weeks, there is something a little more hokey to this movie. CBS was scared enough that NBC snaked away their classic show that they started specifically airing The Wizard of Oz as a way to draw ratings away from NBC power programs. Unfortunately, The Munsters’ Revenge was a ratings bomb.

The Blu-ray comes with radio spots, a trailer and extensive still galleries as the special features. The selling point of the disc is the Rob Zombie commentary. He’s paired with Butch Patrick who offers a lot of fresh takes I never heard about the film before. Honestly, this is my favorite Shout Factory release of 2020. Pick it up!