Reflecting on one of the most controversial and thought-provoking topics, MTV President of Programming Tony DiSanto announced today that after only 3 episodes aired, the network is picking up a second season of the captivating series “16 and Pregnant.” In addition, MTV will also air “16 and Pregnant: Life After Labor” finale special, hosted by Dr. Drew Pinsky, on Thursday, July 23rd at 10PM ET/PT. “16 & Pregnant” can currently be seen on Thursdays at 10PM ET/PT.

The series follows the lives of teenage girls for 5-7 months as they navigate the unfamiliar territory and uncertainty of being pregnant. MTV captured every moment and reaction in real time, including several of the births and how the young mothers and fathers dealt with new parenthood. The series tackles a variety of issues including marriage, adoption, attending school and dealing with gossip. Cameras continued to follow the teens for a significant amount of time after they gave birth to document how they coped with taking care of their infants in addition to balancing adult responsibilities with teenage life.

The “16 and Pregnant: Life After Labor” finale special, hosted by Dr. Drew Pinsky, will be an issue-driven forum on teen pregnancy. All six of the teen mothers profiled on season one of the series will participate in this event. Dr. Drew will discuss each girl’s episode, specific issues and challenges and update us on what’s going on in their lives now. This open discussion will provide a platform to address the controversial topics that were shown in season one: birth control, adoption, abortion, marriage, religion, gossip, finances, high school graduation and employment. During the show, Dr. Drew will field questions by members of the live studio audience, as well as select emails from viewers.

Since its debut, “16 & Pregnant,” has garnered amazing ratings reaching an audience of over 31 million views and consistently taking the #1 spot in its time period among F12-34 and #1 across all of television among F18-24. In addition, the show has improved its time period by 162% among P12-34 and 184% among F12-34. “16 & Pregnant” has also found success online. Since premiering on June 11th, the show delivered over 3.4M streams to date, making it the second most streamed series on MTV.com within their time period underneath “The Hills.”

The National Campaign to Prevent Teen and Unplanned Pregnancy is working with MTV to support “16 & Pregnant.” In partnership with MTV, The National Campaign will continue to create viewing guides for each episode so educators, key organizations and individuals can use the show, which will be available rights free for distribution, as a platform to have an honest discussion around sexual health and pregnancy with teens. Additionally, The National Campaign launched an online resource supporting the show at www.stayteen.org to answer viewers’ most commonly asked questions surrounding pregnancy and provide young people with the information they need to be fully informed on this topic.

Executive Producer Morgan J. Freeman (MTV’s Taking The Stage, Laguna Beach,) made a name for himself as the Sundance award-winning writer/director of Hurricane Streets, a film centered on the trails and tribulations of teenage life. Freeman’s latest film is called Homecoming, a thriller starring Mischa Barton and Jessica Stroup (90210) and is being released theatrical July 17th. 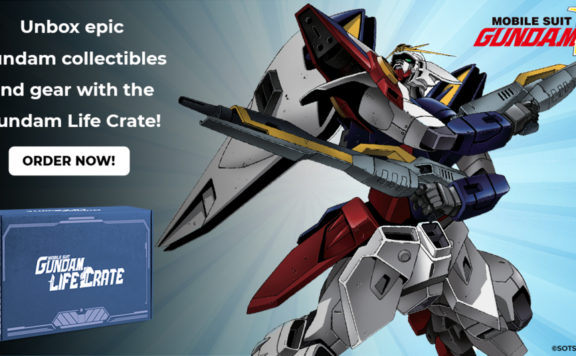 Fall in Love with February’s Loot Crate Offerings
February 7, 2021
EXPERIENCE THE FIGHT FOR HUMANITY’S SURVIVAL THROUGH THE EYES OF THE CYLONS FOR THE FIRST TIME EVER
July 21, 2009
THE 2012 AV GIFT GUIDE: FOR THE HOLIDAYS, FOR YOUR FAMILY, FOR THE SAKE OF THE ECONOMY!
November 19, 2012
Unlock an Exclusive Live Track from The Who with new game
November 6, 2013