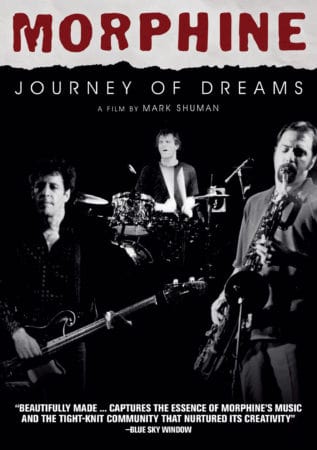 “Morphine – Journey of Dreams” might be the introduction to Morphine for many people. While I was aware of the band as a teenager, it seemed more like fare for older music snobs. That was my mistake, as these Low Rock pioneers were doing something that would become mainstream college radio with later acts like Bright Eyes and The Postal Service. You get a ton of talking head interviews from punk and rock pioneers.

It’s just that I never saw a reason for any casual fans or the non enthused to get excited over this stellar group. The documentary is pretty solid, but it takes more to win over music fans. Pick it up if you dig Morphine. But, you’re going to have to spend the rest of the night explaining the band to your friends.