Mission Impossible was a film that was so hyped 25 years ago that it got a tie-in N64 launch game. And, that thing sucked. Honestly, most people raged and crapped on the movie when it first hit. The boomers wanted the old show, the younger viewers wanted Bond. Everyone else just wanted to see something that didn’t play so mature. Even 25 years later, it’s pretty impressive to see the high intellect marks this series strives to attain. Well, outside of the second movie.

Tom Cruise demands a lot of his work and I wish other actors showed the same commitment. This is where I’d be expected to make about his recent COVID yelling at the production crew on the latest Mission movie. But, I agree with the guy. If you know there is a production issue and you keep causing it, then knock it off. This is real work and you’re putting people’s livelihoods at stake. Get it together and figure it out.

Brian DePalma was one of the directors that best mirrored that same ideology. While I think McQuarrie is quite possibly the best Mission Impossible director that fits the Cruise aesthetic, DePalma helped build the mold. From the opening that feels like a modern smart attempt to remake the show less than a decade after the poor 80s revival, mistakes could have happened. However, DePalma dives into mirroring the espionage and crime movies of Dassin to evoke something smarter.

Spy films run the gamut for American audiences. Most studios are scared to go smart with these movies due to how deeply they impacted the mainstream during the Cold War. So, what was Mission Impossible going to do roughly 7 years after the Berlin Wall came down? The answer was simple. It was going to jam enough modern political ideas into a mystery thriller with action setpieces. Plus, you had peak 90s Jean Reno not being directed by Luc Besson.

As the films would progress past this point, Cruise and partner Wagner would start shaping the face of this franchise. Sweeping out of mid 90s spy thriller to peak American John Woo film would see a lot of bumps, but Cruise would have full control over the Mission Impossible by the third movie. Watching this movie 25 years after first seeing at a Drive-In of all things, I can say one thing. I appreciate it more as an adult, but that doesn’t mean I love the movie.

Paramount has done quite well by the Mission Impossible movies. I know several people love the franchise give or take the second film. But, damn if these movies don’t have my ass in a seat whenever a new one arrives. The Mission Impossible movies are smart action movies at a time when everything has been boiled down to the most appeasing IP offered. Stream it, screen it or shoot in your veins, we need to ask more of our mainstream popcorn fare.

The Summer of 1996 has been getting some crazy retrospectives online. Vern has been working on some pieces that might include the first Mission Impossible movie by now. I haven’t checked in a bit, but I’ll link it here. After going back to dig into his retrospective piece, I found out Vern was doing 1991. Oh well, never a bad time to read what Vern is doing.

The Blu-ray comes with quite possible the best upgraded transfer I’ve seen on a classic Paramount Blu-ray title. Sure, the first movie came out early in the life of Blu-ray with a barely average transfer at best. But, going back and giving it an upgrade to a better encode makes for a better presentation. Plus, they threw in this goofy IMF car decal that keeps falling out of the Blu-ray case. Not quite the same thing, but they were the first things to catch my attention.

The Dolby TrueHD 5.1 is impressive, but on par with the past times we’ve reviewed Mission Impossible at AndersonVision. Ultimately, this is a fun pick-up for anyone that hasn’t pulled the trigger yet on these titles. Go ahead and give the home theater setup a work out.

Mission Impossible was a film that was so hyped 25 years ago that it got a tie-in N64 launch game. And, that thing sucked. Honestly, most people raged and crapped on the movie when it first hit. The boomers wanted the old show, the younger...
0
Average User Rating
0 votes
Have Your Say!
Your Rating: 0
Submit
Write A Review
Genre:Action
Rating:PG-13
Director:Brian DePalma
Studio:Paramount 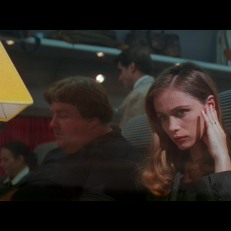 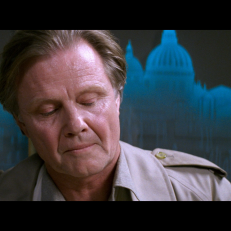 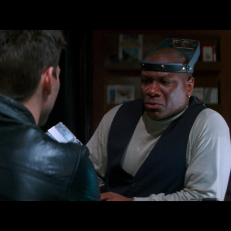 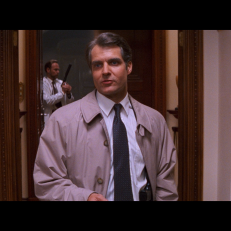 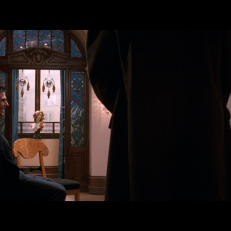 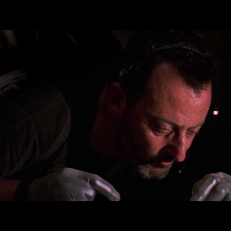 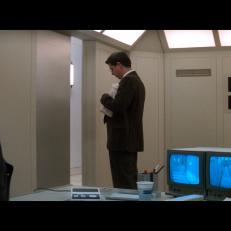 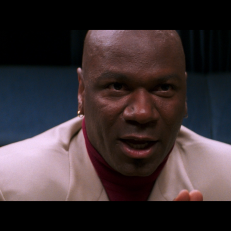