“Miss Julie” is a Strindberg play about class and station that has been adapted to film several times over. However, there’s something about Liv Ullmann’s version that has captured my attention. It’s methodically slow to the point of being a purposeful tease. I know that a great part of the audience isn’t super familiar with the original production. But, “Miss Julie” was the sexually charged tale of its day.

Jessica Chastain tries to bring the heat to the story, but Ullmann’s choices force her into playing everything so coy. Colin Farrell stares at her with great longing, but there’s never anything behind the action. The film is beautiful and insanely well designed. However, nothing happens and that just doesn’t work for a classic tale of semi-erotic romance. It’s One Shade of Gray and that’s not doing anything for anyone.

The DVD comes with a Digital HD copy, interviews and a trailer gallery as the special features. The A/V Quality is quite sharp. The transfer is a little thin, but it works for standard definition. The Dolby 5.1 track keeps the action alive for a period piece. In the end, I’d recommend a purchase to the curious.

Oscar Isaac and Jessica Chastain On-Screen Together in A MOST VIOLENT YEAR
December 5, 2014 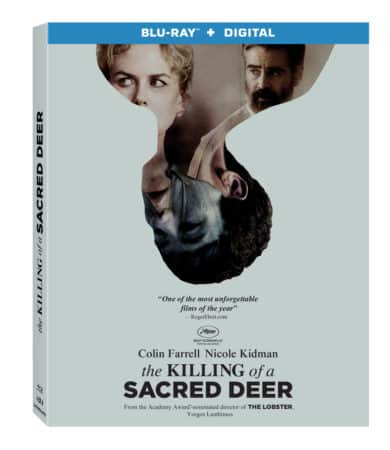