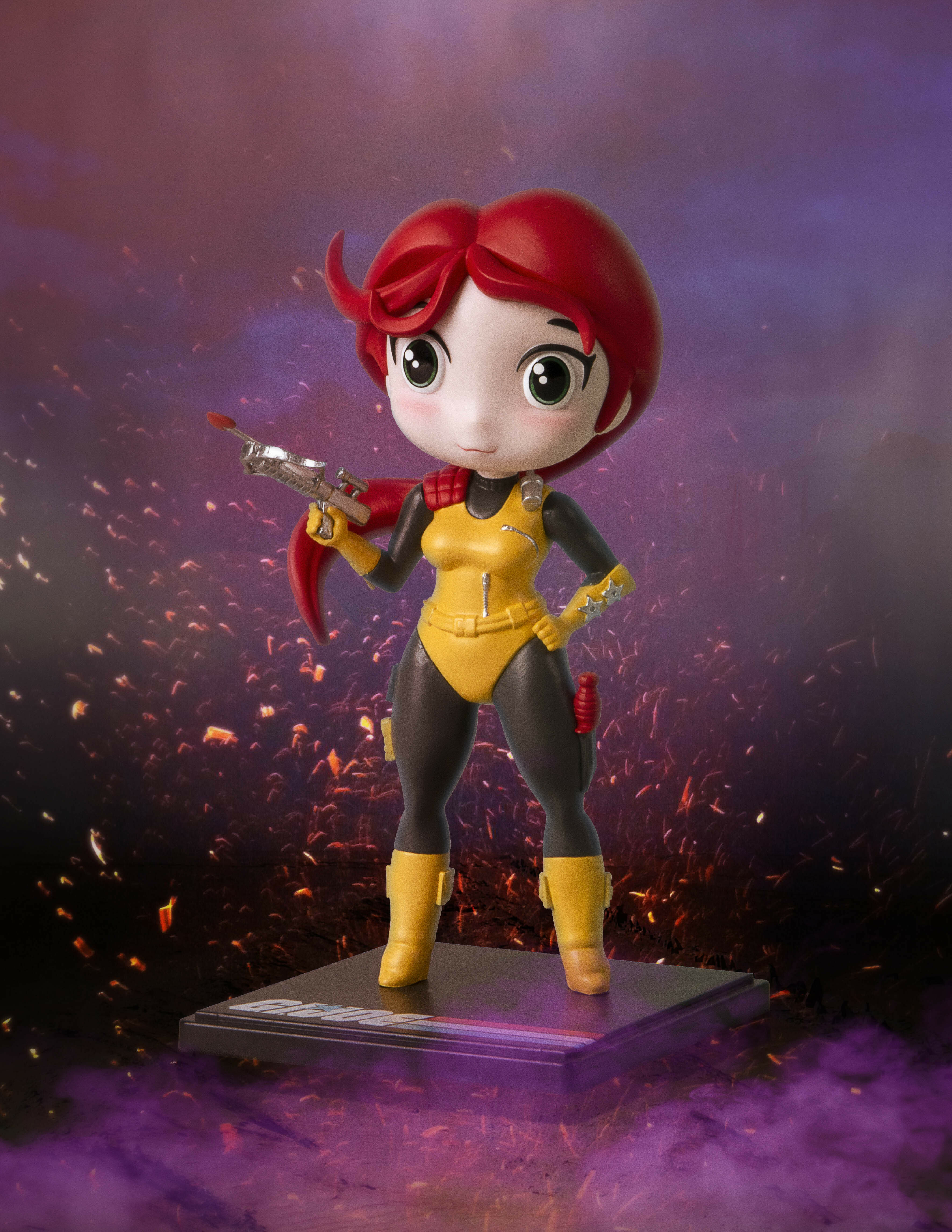 Things are getting back to normal at AV Central. While we talk about Austin City Limits, new Shout Factory titles and streaming news…we prepare for the upcoming Oscar coverage. Now, here’s the Mid-Week News!

In Select Theaters and On Demand March 26

In celebration of Women’s History Month this March, Shout! Factory TV proudly presents curated collections of films that amplify the contributions of women to entertainment and culture. The collections include a wide variety of films directed by women and films with unforgettable female characters at their forefront that shine a light on pivotal moments in film history. Shout! Factory TV has also created brand-new segments for Women’s History Month with the iconic Carol Burnett paired with episodes from The Carol Burnett Show that feature trailblazing women throughout entertainment’s archives.

The Women’s History Month collection spotlights films by legendary female directors, including Penelope Spheeris, Lina Wertmüller, Elaine May, Ida Lupino, Gillian Armstrong, and many more, and presents a range of female filmmaking contributions from The Hitch-Hiker to The Decline of Western Civilization. Another collection features an extensive array of films led by prominent female characters, from Winona Ryder as the offbeat teen rebel in Welcome Home, Roxy Carmichael; to Louise Bourgoin in the awe-inspiring French fantasy adventure The Extraordinary Adventures of Adele Blanc-Sec; to Makenzie Davis in the titular role in the riotous indie comedy Izzy Gets the F*ck Across Town.

All month long on Shout! Factory TV’s The Carol Burnett Show Channel, Women’s History Month will be celebrated with new introductory segments hosted by Carol Burnett. In these new segments, the legend herself shares her stories of the groundbreaking women who appeared on her show, including Betty White, Rita Moreno, Chita Rivera and Lucille Ball, to name a few.

Shout! Factory TV will also be showcasing content celebrating Women’s History Month programmed throughout the month of March on its linear channels. Each Wednesday at 6 p.m. PT, viewers will be treated to a livestream double feature with a film helmed by a female director and a film featuring a prominent female lead for #WomensHistoryWednesday.

The Beachcomber, directed by Muriel Box

· The Decline of Western Civilization, directed by Penelope Spheeris

· The Hitch-Hiker, directed by Ida Lupino

· Mikey and Nicky, directed by Elaine May

· Three of Hearts: A Postmodern Family, directed by Susan Kaplan

· The Extraordinary Adventures of Adèle Blanc-Sec

· I Never Promised You a Rose Garden

· Izzy Gets the F*ck Across Town

· My Name is Myeisha

· The Trip to Bountiful

Studio Ghibli and GKIDS, with distribution by Shout! Factory, will issue The Wind Rises and The Secret World of Arrietty, from the famed Studio Ghibli library of films, on Steelbook™ on June 22, 2021, in limited edition SteelBook™ packaging with striking new art. Each SteelBook™ will house a Blu-ray & DVD combo pack, presenting the film alongside hours of bonus features and a booklet with stunning art and statements from the filmmakers.

The Wind Rises and The Secret World of Arrietty join The Cat Returns, Whisper of the Heart, Spirited Away, Castle in the Sky, Kiki’s Delivery Service, Nausicaä of the Valley of the Wind, My Neighbor Totoro, Princess Mononoke, Howl’s Moving Castle and Ponyo in a series of SteelBook™ releases from the Studio Ghibli collection of films.

Acclaimed filmmaker Hayao Miyazaki (Spirited Away) delivers a modern masterpiece with this Academy Award®-nominated exploration of creative passion in a hostile world.

Jiro Horikoshi is fascinated by aviation but unable to become a pilot due to a medical condition. He moves to Tokyo in 1923, surviving the Great Kanto Earthquake to become a highly accomplished airplane designer. As rumors of war escalate, Jiro reunites with Nahoko, a young woman he met during the earthquake years earlier. The two fall deeply in love, just as Nahoko falls ill with tuberculosis. Inspired by visions of Italian aeronaut Caproni, Jiro must confront mounting tragedies with dignity in this epic tale of love and perseverance.

The Secret World of Arrietty
From the creators of Spirited Away and Ponyo, and Academy Award®-nominated director Hiromasa Yonebayashi, comes a gorgeous and adventure-filled adaptation of The Borrowers, one of the most beloved children’s books of all time.

In a secret world hidden beneath the floorboards, little people called Borrowers live out of sight of humans. But when brave and tiny Arrietty is out gathering supplies, she is discovered by Shawn, a human boy, and they begin to form a friendship that blossoms into an extraordinary adventure. This sumptuously-animated and heartwarming story features the voices of Bridgit Mendler, David Henrie, Amy Poehler, Will Arnett, Moises Arias and Carol Burnett.

Beloved by artists and fans alike, the show is known for authentic music presented in live and uncut performances. The collection has been hand-selected from countless episodes in the Austin City Limits archives to highlight the greatest country performances from artists who have made history on the ACL stage.

“This collection represents not only some of the best singers in modern country music, but the songs that we will never forget,” said Austin City Limits Executive Producer Terry Lickona, who has booked the show for over four decades. “What has always made country music special to me is the song. Despite popular trends and production gimmicks, the song is still the heart and soul of the music. A great song is timeless.”

May 25: Explorers Collector’s Edition on Blu-ray from Shout Factory

The visionary dreams of three curious and adventuresome young boys become an exciting reality in Explorers, the action-fantasy from acclaimed director Joe Dante (Gremlins), who combines keen humor, warmth and fantasy with unexpected twists. In their makeshift laboratory, the boys use an amazing discovery and their ingenuity to build their own spaceship and launch themselves on a fantastic interplanetary journey.

A near college graduate, Danielle, gets paid by her sugar daddy and rushes to meet her neurotic parents at a family shiva. Upon arrival, she is accosted by various estranged relatives about her appearance and lack of post-grad plans, while her confident ex-girlfriend, Maya, is applauded by everyone for getting into law school. Danielle’s day takes an unexpected turn when her sugar daddy, Max, arrives at the shiva with his accomplished wife, Kim, and crying baby. As the day unfolds, Danielle struggles to keep up different versions of herself, fend off pressures from her family and confront her insecurities without completely losing it.

Knowing is half the battle in April’s HONOR Loot Crate!

They’re revered for their bravery and this month Loot Crate wants to honor pop culture’s bravest with their April themed “Honor” crate. Fight alongside pop culture’s favorite heroes and icons with collectibles and gear from G.I. Joe, Fast 9, Black Panther, and The Lord of the Rings. This crate is filled with exclusive collectibles, items, and wearable goods you won’t find anywhere else.

Our “Honor” crate kicks things off with an officially licensed exclusive G.I. Joe: A Real American Hero Scarlett figure. This collaboration with Hasbro showcases everyone’s favorite fiery heroine, posed and ready for battle. Also showcased in this month’s crate is an officially licensed Black Panther T-shirt, honoring the king of Wakanda. Items from Fast 9 and Lord of the Rings round out this incredible month!

Loot Crates start at $24.99 plus shipping and handling. Supplies are limited. Be sure to order by April 20 at 9:00pm PST!

The honor is all ours when you subscribe to Loot Crate!

Produced and directed by Leslie Iwerks, The Hand Behind the Mouse: The Ub Iwerks Story tells the untold story of Ub Iwerks, the original designer and animator of Mickey Mouse and Academy-Award® winning motion picture pioneer. Available on iTunes, Google Play, Amazon, and all other platforms where movies are available for purchase.

The Hand Behind the Mouse: An Intimate Biography of Ub Iwerks profiles the legendary Ub Iwerks, the man Walt Disney called “the greatest animator in the world,” written by Leslie Iwerks and John Kenworthy. Available on Amazon.