Mantovani is the King of Strings. Annunzio M. thrilled TV audiences in the 1950s. He would make your grandparents swoon to his rendition of Greensleeves while everyone else stood in line for their Polio shots. Basically, the documentary shows how the conductor rose through TV and became a part of the 1950s/60s big sound. A lot of the material leans hard into his BBC compatriots, so it might be a bridge too far for Americans.

Still, the original footage from the maestro’s TV show helped to highlight what made the guy pop. That being said, I’m not sure if I buy the King of Strings talk. The guy was active in a Golden Era of 20th century conductors. How do you decide who is the King of Strings? Is there a ballot initiative? Do they make them fight Bugs Bunny over it? I’m asking the band nerds to help me out here. I just don’t get it.

The King of Strings is now available! 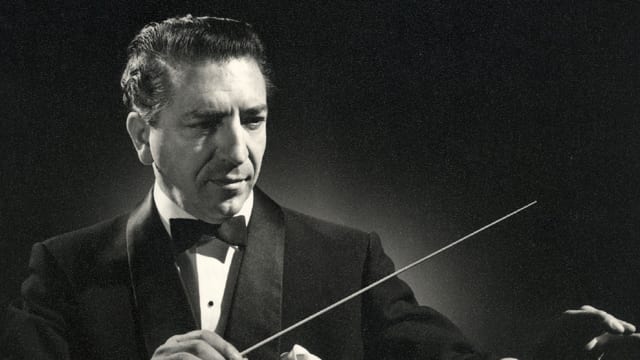 Tags: Mantovani, The King of Strings