“Mandy” is Pan Cosmatos’s follow-up to Beyond the Black Rainbow. While I wasn’t a fan of that first film, things have changed. What Cosmatos achieves in Mandy with the help of Cage is something that I wasn’t ready to observe. It happened, though. Many ways to describe the film have been bandied about with our BDR cult calling it double tight. That doesn’t begin to describe this film. Oh, where to start?

Nicolas Cage and Andrea Riseborough are an older horror couple dumped into things beyond their control. The choice of skewing older with not only them, but those that provide aid stunned me. Even Evil Dead skewed older in its sequels, but never tried to go approaching middle-age. Even the villains skew older, well outside of the demonic bikers that track down Mandy and Red. What is so important about having age be a subtextual factor in this film?

Well, the age alongside the 1983 period isolates these characters. They are loggers, chemists and weirdos living deep in rural tranquility where anything can happen. The boundaries in their life are defined, but easily disrupted by any force they can’t handle. Moving the film to the present lets technology undermine the helplessness and turns the villainous cult into something else. I have seen many lesser directors use the expectations of a casually disinterested audience as fodder to ruin their focus.

The Children of the New Dawn are the perfect villainous construct to break that modern malaise. They don’t exist as supernatural or grimdark figures. These losers are devoted human garbage desperately looking to find purpose. That desperation drives the fat one into becoming a willing human sacrifice to spur the film’s central action. Linus Roache plays their master as a lackluster father figure given to offering whatever he has before developing as a person.

On the other hand, Cage’s Red goes to the older male figure in his life (Bill Duke) and then the animalistic Chemist (Richard Brake) and his pet tiger. Red walks a balancing act between traditional male support and base rage to solve what has happened to Mandy. Armed with an axe that looks like Frank Frazetta dreamed it, he tears through the Cult. As heads are removed and limbs are lost, reality starts to seep into play. These aren’t impervious bad guys, these are transient scum that happened to push on the wrong person.

How LSD is used in this film has allowed much of Film Twitter to begin positing theories about the reality of the movie. While I do believe that there is much to be said about when reality stops and begins for this film, I feel that about 90% of the movie is straightforward. I’ll save serious discussion about the finale for a later date, but if you’ve seen the movie…think about it. Are you seeing reality or a heartbroken man coming to terms with something that never should have happened?

Film is a visual medium and I think people forget that. The world needs more directors like Pan Cosmatos willing to engage in the surreal and break reality’s tiresome stranglehold on our fiction. The lack of imagination on display in creative genre work is depressing. Change up lighting, use a little animation and keep making the audience involved. That’s what Mandy did and it’s going to save our cinema.

MANDY (2018) REVIEWED "Mandy" is Pan Cosmatos's follow-up to Beyond the Black Rainbow. While I wasn't a fan of that first film, things have changed. What Cosmatos achieves in Mandy with the help of Cage is something that I wasn't ready to o...
0
Average User Rating
0 votes
Have Your Say!
Your Rating: 0
Submit
Write A Review
Genre:Horror, Thriller
Rating:R
Director:Panos Cosmatos 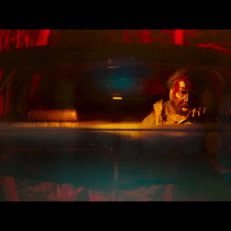 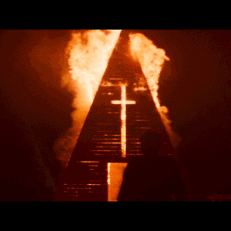 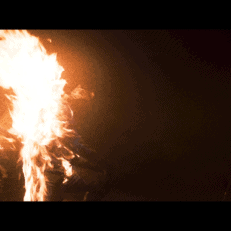 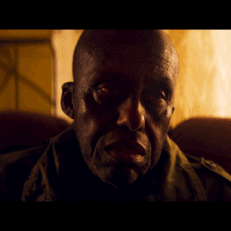 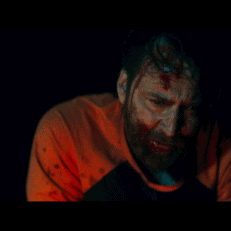 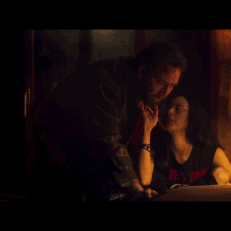 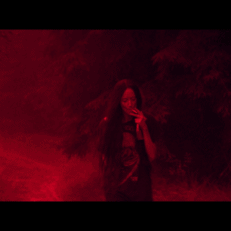 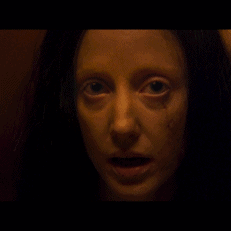