Summary
Love Means Never Having to Say You're Sorry. Oliver and Jennifer are in love. The only kind of love that two young WASPy types can have in the Northeast. Hilarity ensues.
8.2
Great
Video - 9
Audio - 8.6
Movie - 7.3
Special Features - 8

Love Story is a great film hurt by cultural shifts. Watching a 51 year old film that asks me to feel bad about a rich WASPy guy is asking a lot. Hell, the insane fantasy aspects of this 4th generation rich kid going to Harvard, playing hockey and then getting the girl of his dreams is insane. Then, there’s the John Green Celestial Madonna figure in Ali McGraw’s Jenny.

Romance and death have gone hand-in-hand since the first barely literate Western Europeans scribbled together thoughts outside of the comforts of Christendom. By making fantasies about the fragility of human life, it makes the gentry feel better about the time they have the Waffle House waitresses and Financial fops that fill their lives.

The least said about the Love Story sequel the better. One day, someone will make the mistake of releasing Oliver’s Story as a special feature to one of these releases and a new generation will come to realize a certain truth. There is just so much story to tell with Love Story.

Ryan O’ Neal tries his hardest to make you care. But, I don’t know if it’s something about O’ Neal’s face or the nature of his character that makes sympathy so hard. He got the role because he’s meant to be the heartthrob actor that gets the ladies in the seats. After all, Love Story is a fantasy for women.

I’m going to put on my deep analytical hat here, but women and their preferred fictions all share some strong undertones. The first being that women are fascinated by their mortality. Whether it’s the vampire tales such as Dracula about elderly men attracted to them in relation to homicide and procreation. Or if it’s the death romance fodder that has powered every hospital drama and Young Adult tale for the last couple of decades.

Ali McGraw is the unsung hero of the film. Her performance as Jenny Cavilleri gives the film a degree of reality. But, she’s also one of the pioneers of the Manic Pixie Dream Girl movement. In fact, I’d go so far as to call her the capper on that first age of women making bland men better for reasons that don’t help her.

The romance novel as source of inspiration has also never been so trite. Erich Segal wrote the script for the movie first, then was tasked by Paramount to spin it into a novel to promote the Love Story film release. Such a maneuver fits the disposable nature of romance in our fiction narratives. After all, Harlequin romances and dimestore novels have thrived since the dawn of Mass Media.

While such things might irritate most men, it has become commonplace for how women interact with their fantasy narratives. Even the ones like Love Story, which were written by men about women doing what is needed to make men better. But, women didn’t care. Love Story was a massive hit that made a $130 million profit on an incredibly low budget.

But, I’ll speak to the women reading this Love Story review. What do you remember about Love Story? Ask your mom and grandmother where applicable. Time marches on and the nature of the film is made apparent. For 100 minutes, we are being sold a disposable romantic tale about a woman falling in love and then dying after she changed a man.

Paramount in the 1970s had to be a fascinating place. Robert Evans had a grip on the Mountain that was only rivaled by Jim Shooter at Marvel later in the 1970s. Yet, Love Story has always been the oddball film in that era. Did they see Universal release Airport and figured that they could out bland it? It was so much melodrama that FOX had no choice than to drop Patton on everyone’s WWII loving fathers.

Like with most things, the creative goods came later due to the money raised for Paramount by Love Story. It can be argued that the direct profits from this movie made it easier to greenlight The Godfather, The Parallax View and Paper Moon. But, why don’t we remember Love Story as being something better?

Well, that’s because Love Story was never meant to be anything more than a trifle. It’s a rarity for women to get ongoing franchises dedicated to things they love. Whether it’s Kim Cattrall ruining their favorite HBO shows or Traveling Pants reaching a COVID shutdown, women don’t get to have their favorite fictions extended for generations.

While watching Love Story, I couldn’t help but dwelling on that fact. At the same time, I polled the women that work with AndersonVision to get their feelings on the matter. Do you care about romantic films or female driven movies not having any staying power? The answer was a resounding No. Hell, one of them let me know that when you’re an undergrad at Harvard, the University has underclassmen bond by roasting the movie.

Being super fascinated by how people process fiction, I then hounded them on several other topics. The recurring theme being why dig on romances about dying lovers? I was surprised when the best answer came from an associate who spent a critic screening The Fault in Our Stars bawling her eyes out so bad that she ruined my Voice Notes. Out of respect for her, I won’t share the audio file even for our Insider Club.

What she told me was that women don’t need to see themselves as particularly heroic on film or long lasting. It’s more about showing up, making an impact on everyone and then leaving a beautiful memory. That stuck with me and caused me to appreciate McGraw’s performance that more. I still think the nature of that narrative processing is a little morbid, but I don’t really want to expound on it right now.

I can promise you that it will come later on this year. You can thank the Content Calendar for that.

The Paramount Presents Blu-ray comes with a new Filmmaker Focus with Leonard Maltin. Plus, you get a TCM introduction with Ben Mankiewicz. I think the commentary is an older port, but I’m not totally sure. No way is it new, as I think Hiller is dead. You also get a trailer in HD.

While amazing for a Blu-ray, I kinda wish we would start seeing Paramount Presents releases in 4K at this point. But, I’ll take what I can get when it comes to classic films.

WHAT:       Dedication of the 2,692nd and 2,693rd Stars on the Hollywood Walk of Fame
in the Category of Motion Pictures

WHERE:    The stars will be in place in their permanent location at 7057 Hollywood Boulevard

The event will be live-streamed exclusively on all of the Chamber’s social media platforms including www.walkoffame.com, www.instagram.com/hwdwalkoffame/ and https://www.youtube.com/user/HwdWalkofFame

The Hollywood Chamber of Commerce is proud to announce that actors Ali MacGraw and Ryan O’Neal will be honored with the 2,692nd and 2,693rd stars in the first virtual double-star ceremony in history. The double ceremony, which will see both stars dedicated in the category of Motion Pictures, will take place on February 12 at 11:30 AM in honor of Valentine’s Day. The event will stream live exclusively on the Walk of Fame social media and at www.walkoffame.com.  Emcee Rana Ghadban, President & CEO of the Hollywood Chamber of Commerce will unveil the stars during the dedication ceremony.

Through a completely virtual live ceremony, star recipients and fans alike can enjoy the magic of the Hollywood Walk of Fame. The Hollywood Chamber of Commerce is looking forward to creating a virtual experience that not only replicates a live ceremony but also allows an opportunity for recipients to connect with their fans on such a momentous day.

“The Hollywood Walk of Fame makes an extra special effort to place the stars of artists who work together or are related next to each other,” said Ana Martinez, Producer of the Hollywood Walk of Fame. “We are thrilled to honor Ryan O’Neal and Ali MacGraw, the stars of one of the most iconic romantic films in cinema history, LOVE STORY. What makes this even more special is that Ryan’s star will also be next to the star of his real-life love, Farrah Fawcett, located at 7057 Hollywood Boulevard.”

O’Neal and MacGraw both received Oscar® nominations for their starring roles in the timeless, unmatched tale from the heart, LOVE STORY.Based on Erich Segal’s best-selling novel, LOVE STORY was nominated for seven Academy Awards®, including Best Picture, and became a cultural phenomenon, earning over $100 million at the domestic box office.  The film spent 15 weeks at #1 in the U.S., continuing to expand to more theaters because of its popularity and ultimately becoming the top-grossing movie of the year.

A timeless classic about the highs and lows of young love, the film remains as impactful as ever, 50 years after its original release.  Newly restored for its anniversary, LOVE STORY will be available in a limited-edition Blu-ray™ on February 9th with collectible packaging, commentary by director Arthur Hiller, a look at the film’s impact, and more. 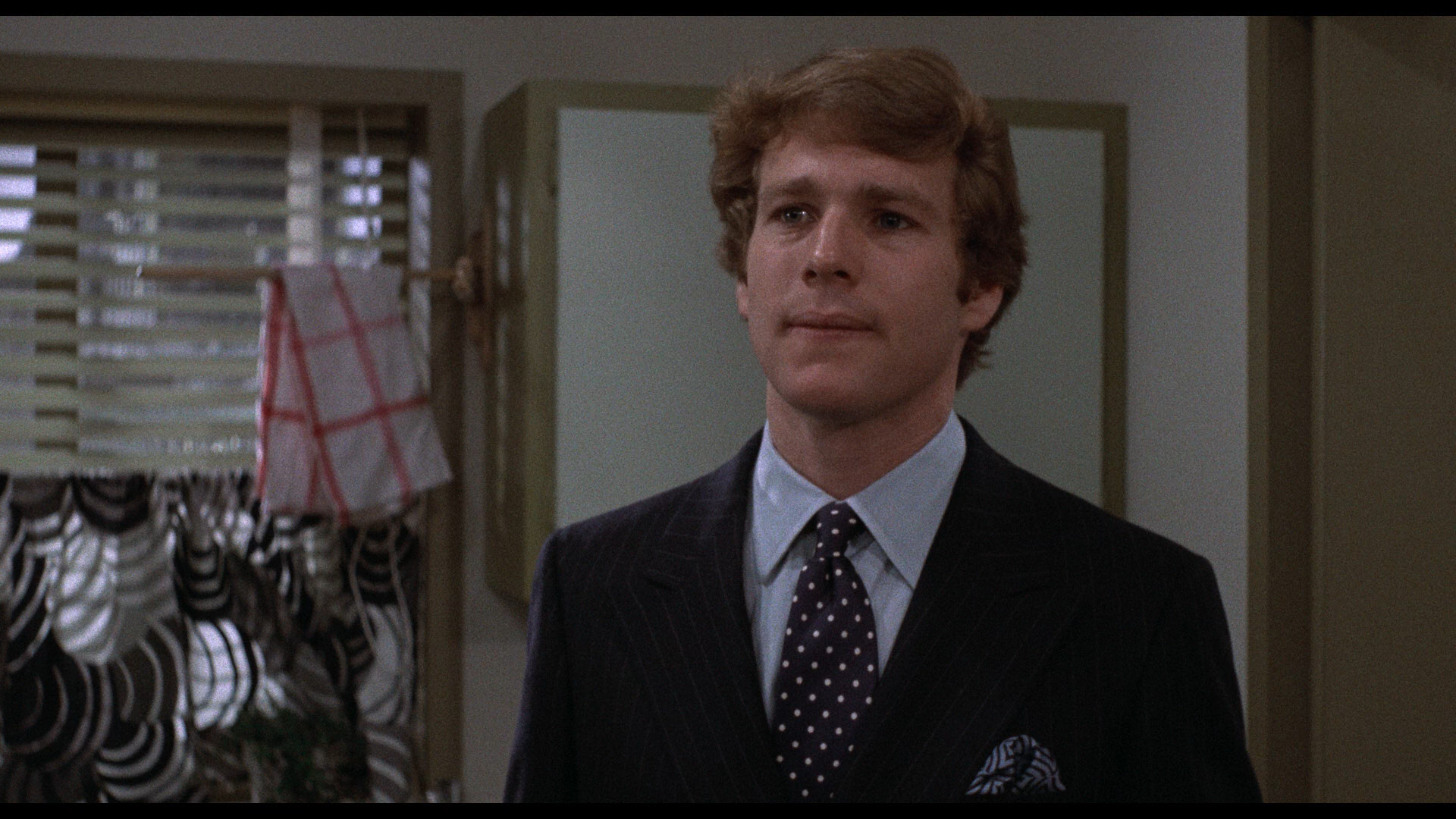 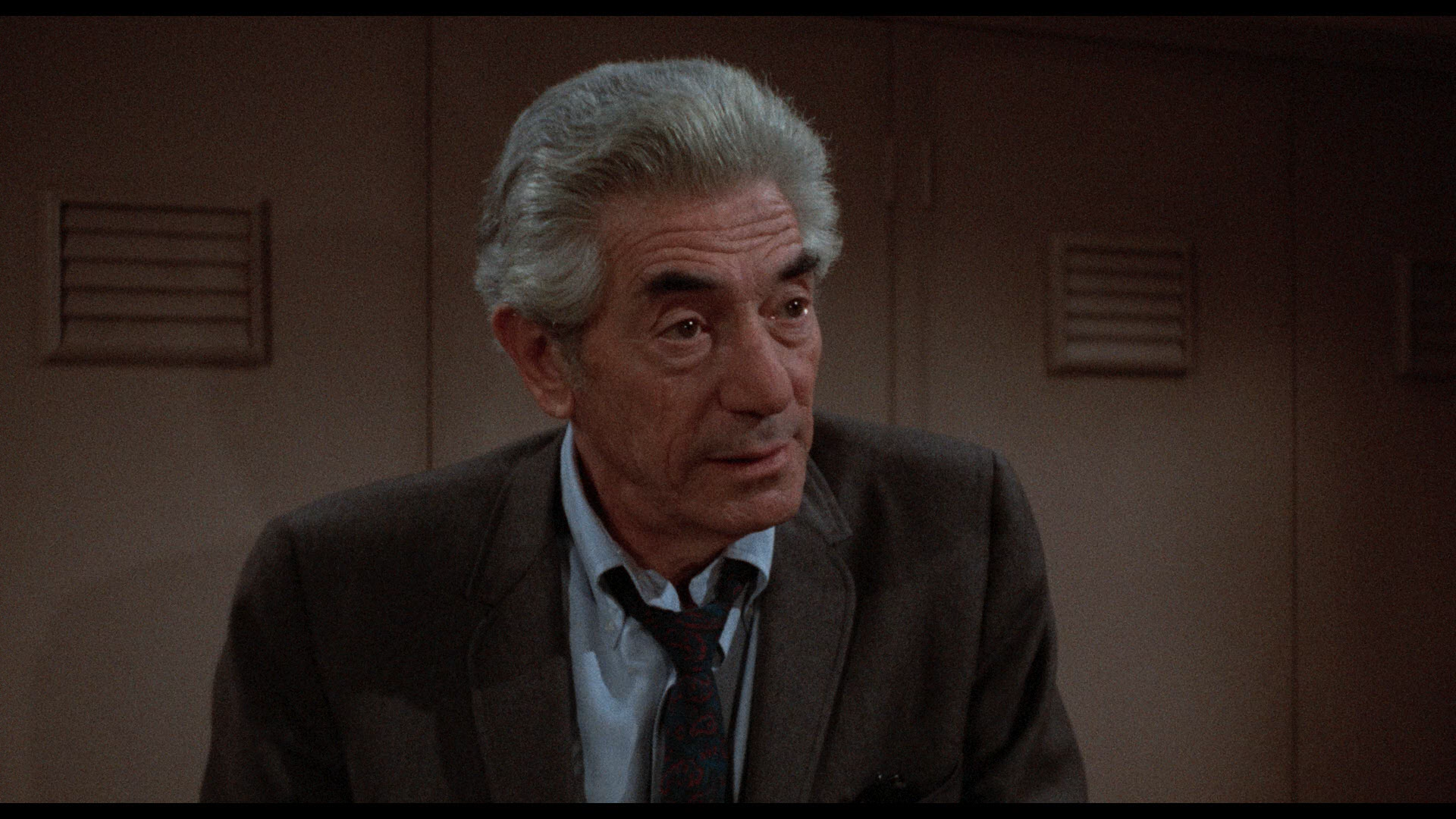 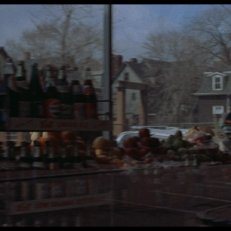 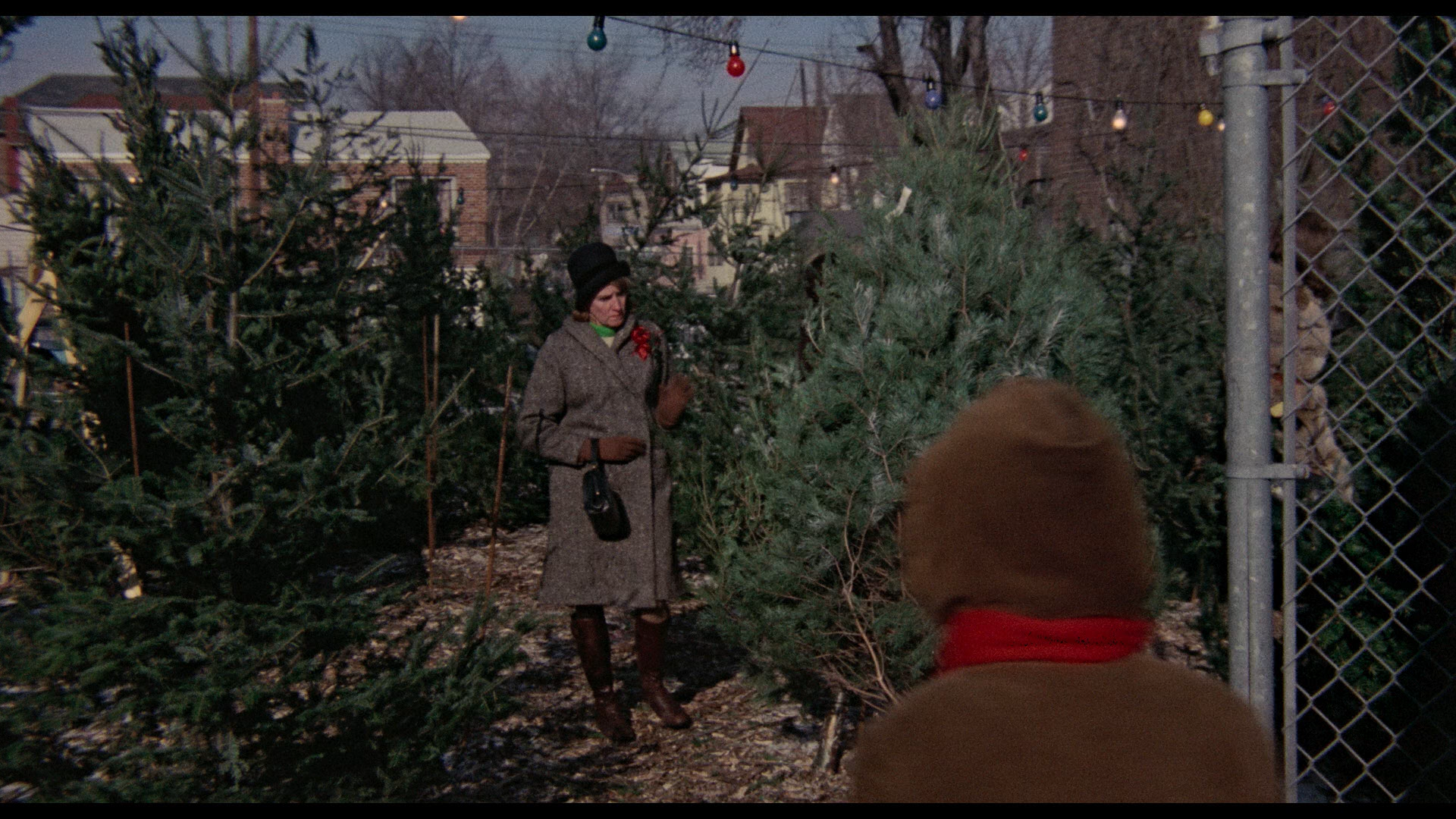 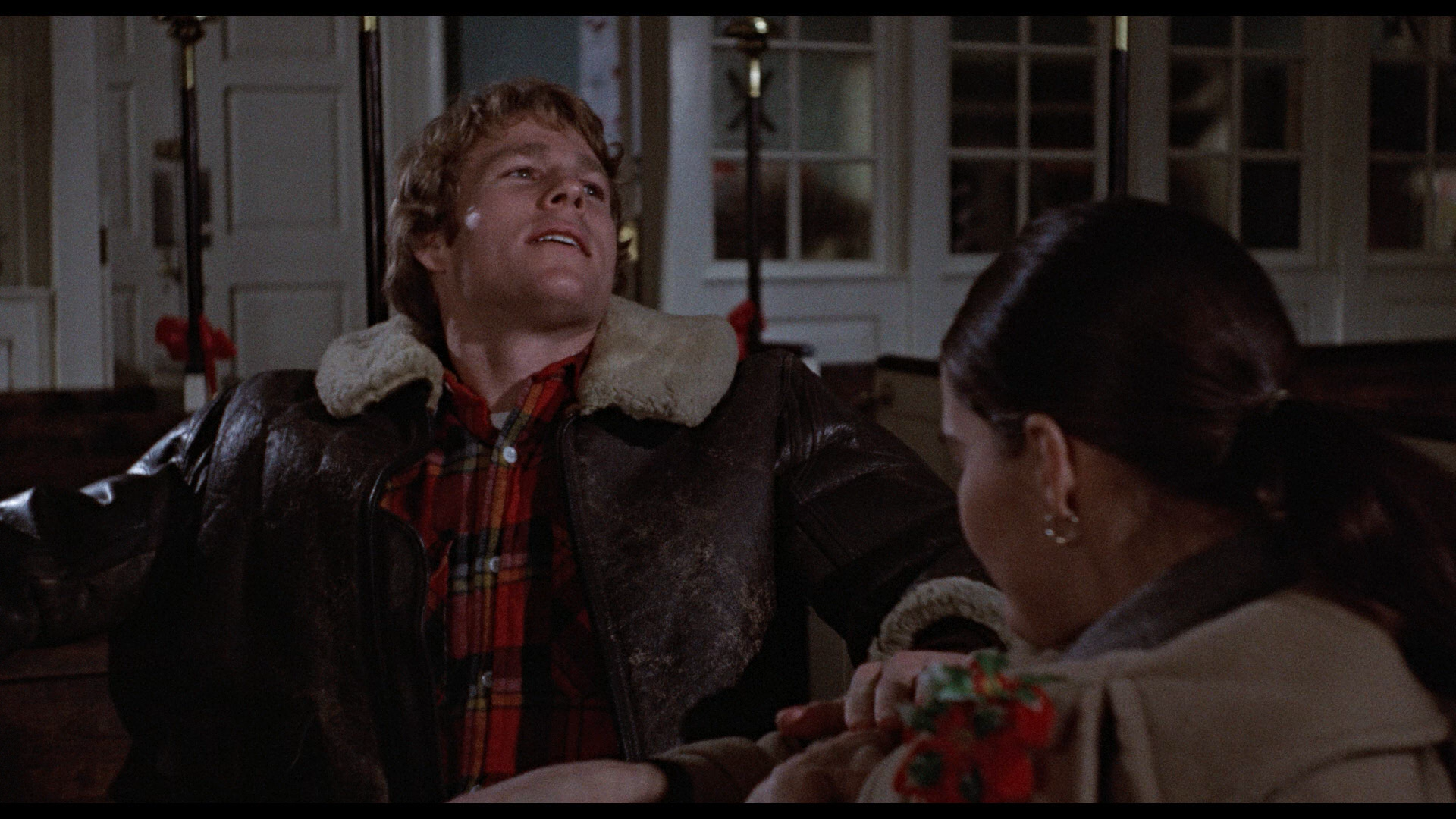 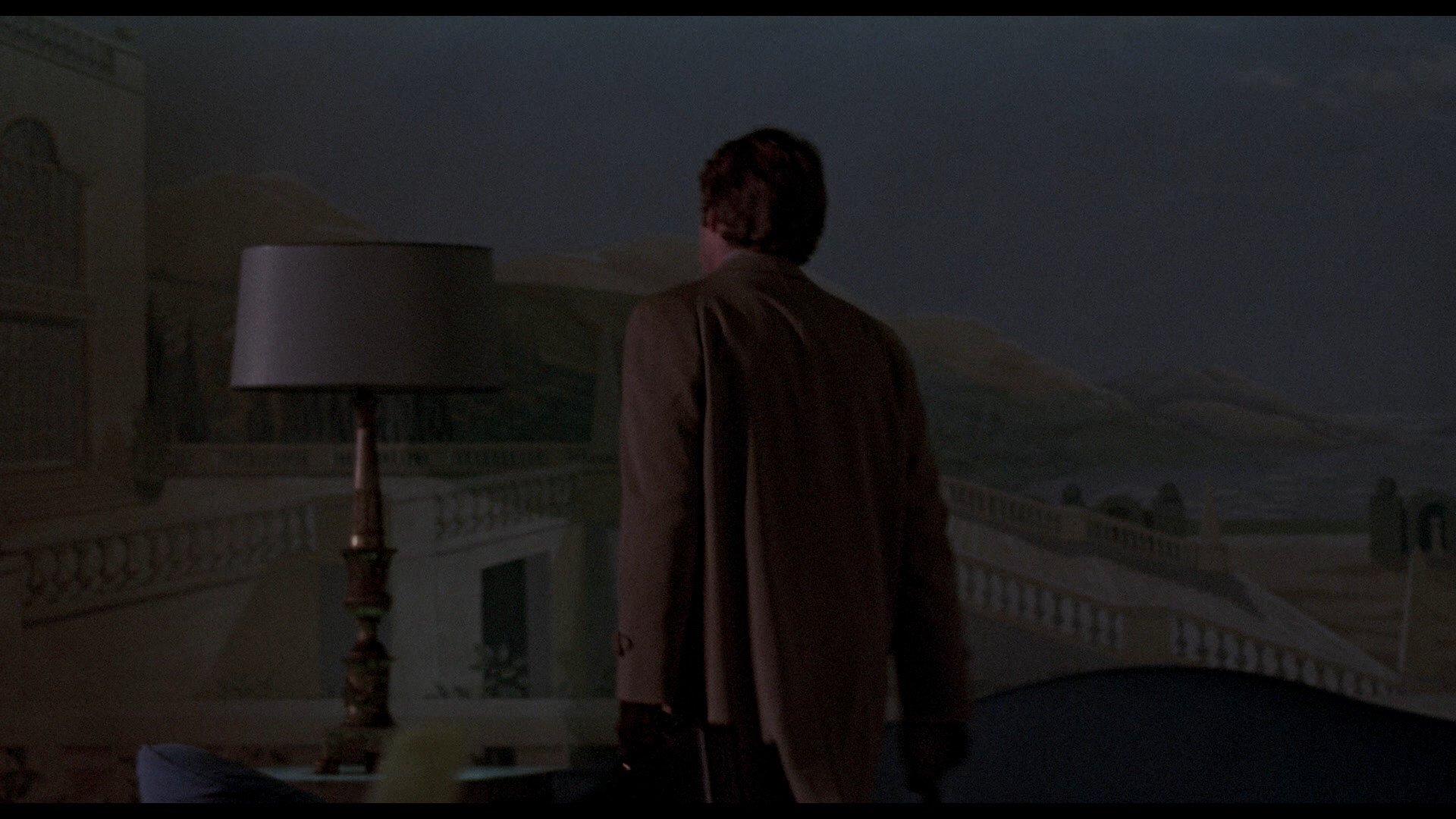 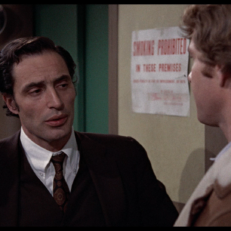 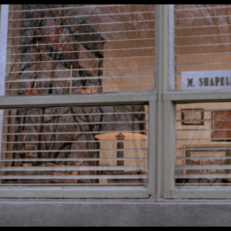