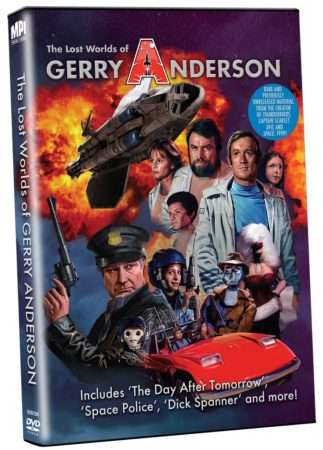 “The Lost Worlds of Gerry Anderson” is a fascinating compilation of the unseen and hidden works of Gerry Anderson. You get early puppet films, some pilots that never got developed and a look behind-the-scenes of Space: 1999. If you’re a British kid in the 1970s, you’ve died and gone to Heaven. If you know how this site works, then you realize that I’m Ted Danson in The Good Place. So, let’s get to the real.

For nearly 6 hours, Sci-Fi fans get a look behind the scenes of a creator that never really got that broad international appeal. Sure, he was huge in the UK and Europe…but he’s more of a nerd fetish in the US and Canada. I appreciate Thunderbirds and a little bit of Fireball. However, there’s something to respect about what MPI has done here. More influential creators need deep cut retrospectives.

It’s not easy or practical to do for everyone, but I would enjoy a small collection like this emerging every 6 months to a year. While most of this stuff has seen wide release in the UK, American audiences might be find something to enjoy here. Good stuff all around.