IFC Films announced today that it is acquiring North American rights to COW, a new documentary shot over 7 years, directed by the highly acclaimed filmmaker Andrea Arnold. The film was produced by Kat Mansoor of Halcyon Pictures. It is Executive Produced by Rose Garnett of BBC Films and Maxyne Franklin and Sandra Whipham of Doc Society. IFC Films has previously collaborated with Andrea Arnold on her award-winning film FISH TANK which starred Katie Jarvis and Michael Fassbender.

COW had its world premiere in the newly created Cannes Premiere section at this year’s Cannes Film Festival.

Andrea Arnold described COW as follows; “This film is an endeavour to consider cows. To move us closer to them. To see both their beauty and the challenge of their lives. Not in a romantic way but in a real way. It’s a film about one dairy cow’s reality and acknowledging her great service to us.

When I look at Luma, our cow, I see the whole world in her.” Arianna Bocco, President of IFC Films said, “We are beyond thrilled to reunite with Andrea again after the incredible debut of FISH TANK over a decade ago. COW is a poignant extension of her remarkable career and we are looking forward to sharing this emotional and deeply universal story with audiences across North America.”

The deal for the film was negotiated by IFC Films’ President Arianna Bocco and Director of Acquisitions’ Aijah Keith with Josh Braun, Ben Schwartz and Matt Burke of Submarine on behalf of the filmmakers. mk2 films handled worldwide sales outside of North America.   Andrea Arnold studied directing at the AFI Conservatory in Los Angeles. After making several short films, she won the Academy Award for Best Live Action Short Film for WASP, in 2005.

Her third film, WUTHERING HEIGHTS, was an adaptation of the Emily Brontë novel. The film premiered in Competition at the 2011 Venice Film Festival. Her most recent film, AMERICAN HONEY, was shot in America with Sasha Lane and Shia LaBeouf. It won Arnold her third Jury Prize at the 2016 Cannes Film Festival. Andrea directed the second series of BIG LITTLE LIES for HBO in 2018-19. COW is her most recent feature.

Synopsis: After 15 years in prison, Wayland (Pablo Schreiber) reunites with his high school girlfriend, Dolores (Jena Malone), who is now a single mother of three. What follows is a lyrical take on love, regret and second chances.

Logline: A working-class fable about a biker, a mermaid and three shades of blue.

Following the rise of Aretha Franklin’s career from a child singing in her father’s church’s choir to her international superstardom, RESPECT is the remarkable true story of the music icon’s journey to find her voice.

Rating: Rated R for some violence and language.

Synopsis: Inspired by Charles Dickens’s iconic novel Oliver Twist, this action-fueled crime-thriller set in contemporary London follows the journey of Twist (Raff Law), a gifted graffiti artist trying to find his way after the loss of his mother. Lured into a street gang headed by the paternal Fagin (Oscar® winner* Michael Caine), Twist is attracted to the lifestyle — and to Red (Sophie Simnett), an alluring member of Fagin’s crew. But when an art theft goes wrong, Twist’s moral code is tested as he’s caught between Fagin, the police, and a loose-cannon enforcer (Lena Headey).

Nicholas Bruckman’s (La Americana), NOT GOING QUIETLY, which won the Audience Award and Special Jury Recognition for Humanity in Social Action at SXSW, offers an intimate and inspiring look at the life of political activist and new father, 32-year-old Ady Barkan, who after being diagnosed with ALS, joins a motley crew of activists to ignite a once-in-a-generation movement for healthcare justice in America.

0 0
Previous ArticleSmallville: The Complete Series 20th Anniversary Edition – Soaring Onto Blu-ray For The First Time Ever On 10/19/21Next ArticleGet Ready To Speed-Watch The Flash: The Complete Seventh Season On Blu-ray & DVD 10/12/21 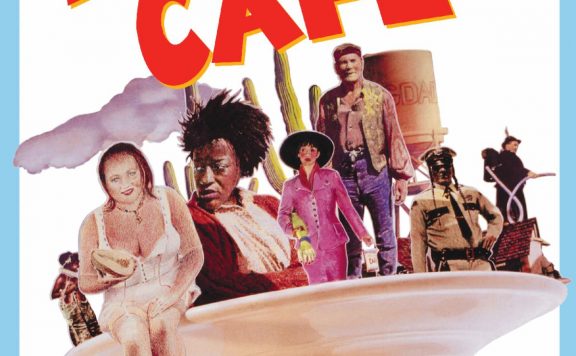