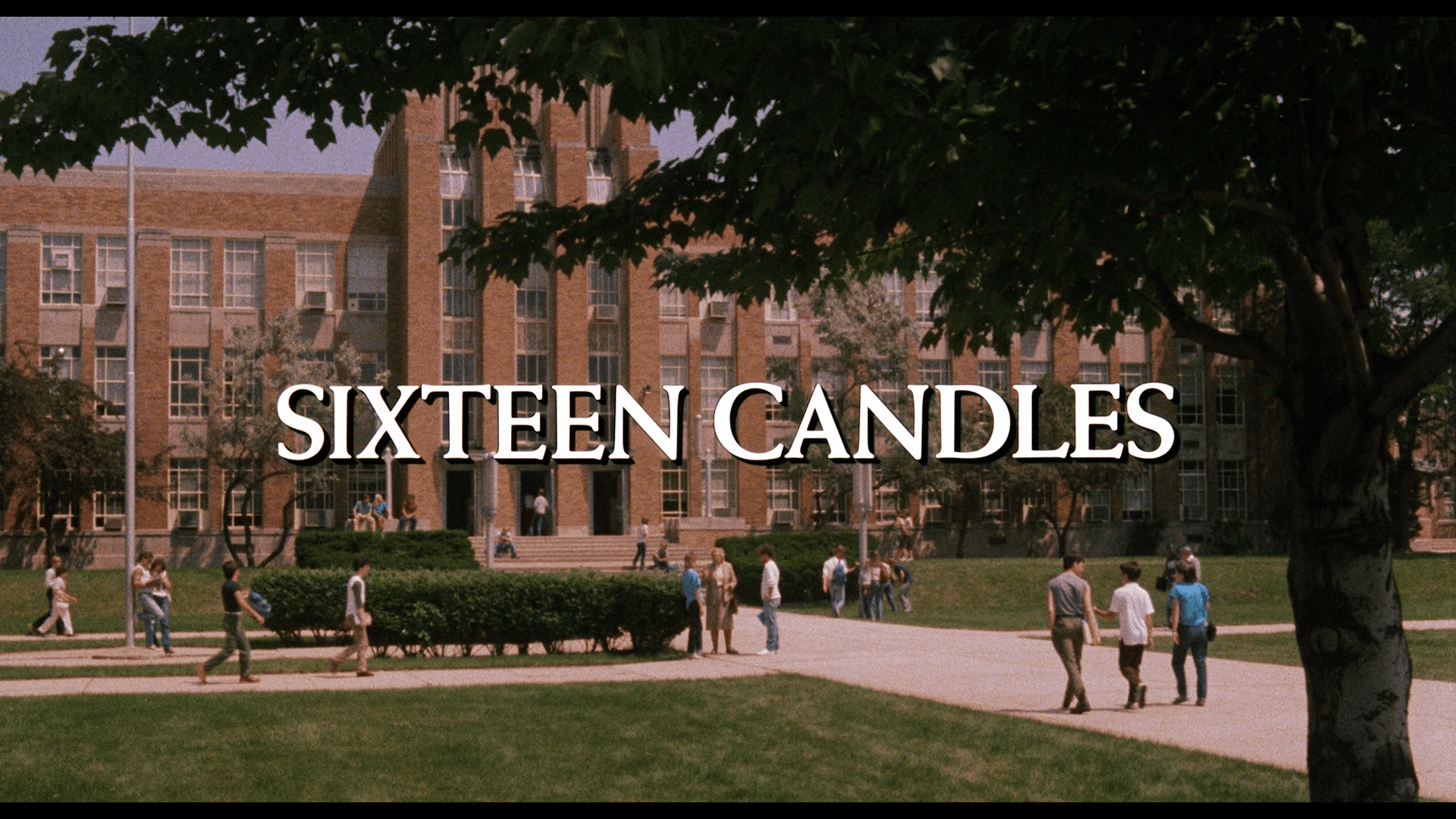 Sixteen Candles made a wise decision showing Haviland Morris’s tits early into its narrative. Molly Ringwald and Liane Curtis jealously starring at her chest wasn’t meant to be sexual. It was just disgust at missing out on a milestone. Yet, that four second nude scene found its way buried into the cultural landscape. Before the Internet, it was a tale passed between Boy Scout troops and Weekend Sports Leagues.

Contents hide
1 There was totally a PG movie where you saw boobs no less than 5 minutes into the film.
2 We Are Farmer Ted
3 Sam Baker’s Bullshit
4 SIXTEEN CANDLES ARRIVES FROM ARROW FILMS ON APRIL 14TH

There was totally a PG movie where you saw boobs no less than 5 minutes into the film.

Now, I could be one of those pricks that waxes poetically about a film that time is mothballing more and more for Zoomers and beyond. So, I’ll treat it for what it is…a fun dated look at what means to be a teenager in another time. Some people will scream about how the teen experience is Universal. Well, my grandparents never stuck me with a foreign exchange student. My paternal grandfather might have had a flashback and shot them.

As the years go on, I don’t find myself offended by Long Duk Dong. I just wish that we got more Gedde Watanabe roles in this period. He was great in Gung Ho and Gremlins 2: The New Batch. People forget that he was in the last episode of Newhart too! While this was the role that broke him out in front of mainstream audiences, I just wish he got a better follow-up. The dude is an insane talent that needs a comeback.

We Are Farmer Ted

Anthony Michael Hall irks me in Sixteen Candles. Cue the Facebook reporting meme of someone tagging you in a picture. I get what John Hughes saw in the kid and why he pops so hard in this movie. There is something brutally honest about a cocksure kid thinking he rules the world, but can’t stop his voice from squeaking. No matter who surrounds him, he’s not scared. Yet, everyone can see through his bullshit.

As I get older, I appreciate the friendship among the nerds in this movie. John Cusack and the other one don’t dog Farmer Ted, but they spend the bulk of Sixteen Candles trying to support him on the craziest night of his life. Eventually, they fall by the wayside, but it’s an appreciated bit of honesty that made John Hughes movies so damn good.

Molly Ringwald remains probably the weak link in this film. A lot of that has to do with being the figurehead of a teen wish fulfillment fantasy. As time goes on and viewers age, your ability to give a shit about Samantha Baker will diminish. She’s different than a Farmer Ted, Jake Ryan or any other character due to the increased weight put on her. Sixteen Candles moves a lot to get off her whining about people forgetting her birthday.

She’s an old enough young lady that should understand the weight of everything happening around her. It’s not like she wasn’t going to get support from her family at any other time. Effectively, that means the entire crux of Sixteen Candles is a spoiled teen’s temper tantrum. There’s a general rule of thumb that you always watch the people that identify with Sam Baker or Ferris Bueller. They aren’t going to grow up to be decent adults.

The Blu-ray comes with two cuts of the movie and multiple soundtracks. That’s right, kids. The awful home video audio cut is available on top of the original movie audio. Music rights are a bitch. Plus, you get a gallery of new interviews and archival materials. If you’re a fan, I’d recommend a purchase.