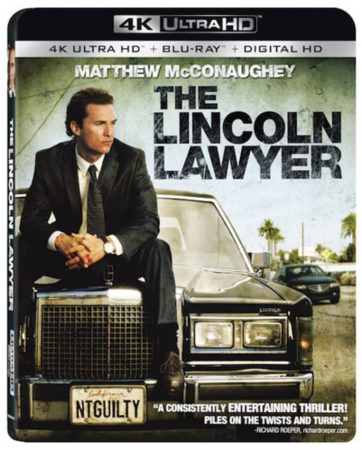 Brace yourself for the thrilling legal drama starring Academy Award® winner Matthew McConaughey (Actor in a Leading Role, Dallas Buyers Club, 2013), The Lincoln Lawyer, arriving for the first time on 4K Ultra HD Combo Pack (plus Blu-ray™ and Digital HD) August 15 from Lionsgate. Also starring Marisa Tomei and Ryan Phillippe, and based on the best-selling novel, revisit the critically acclaimed thriller in stunning Full HD resolution and High Dynamic Range (HDR), which delivers the brightest, most vivid and realistic color with the greatest contrast. The Lincoln Lawyer 4K Ultra HD Combo Pack will feature Dolby Atmos audio for immersive next-generation surround sound and will be available for the suggested retail price of $22.99.

Mickey Haller is L.A.’s top criminal defense lawyer – a fast-living, freewheeling pro who does business out of the back seat of his classic Lincoln Town Car. He knows all the ins and outs of the legal system and how to exploit them to his clients’ advantage. But after agreeing to defend a wealthy young man accused of rape and murder, Mickey suddenly finds himself embroiled in a deadly game of violence, vengeance, and deception that threatens to not only end his career, but also his life. 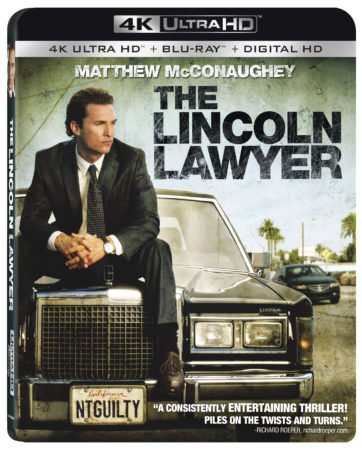