In honor of the 50th anniversary of the release of the beloved Disney classic, Sleeping Beauty, and for the magnificent new blu-ray & dvd release of the film this Tuesday, October 7th, Disney held several virtual conferences tied with the release; seminars attended by Burny Mattinson, assistant animator to Marc Davis, one of the legendary Nine Old Men. Mattinsons history with Disney is long and storied.

Presented here are transcripts from the conference.

Michael Stailey: How much of Maleficent’s onscreen personality comes from Eleanor Audley’s rich performance and how much is classic Marc Davis?

Burny Mattinson: I’d say 60% of it was Eleanor’s and Marc followed up with the rest of it!  He was highly influenced by her – she set the tone for how the character should act.

Burny Mattinson: The head-dress certainly made a strong statement…her being tall and overpowering the frame and her bombastic acting where she kept everything controlled and would explode suddenly – that created a strong character.

Alon Rosenblum: when you create a character there are a lot of designs, can you tell us about the “elimination” process, how do you get to the pick the final design, who has “the last word” etc…..?

Burny Mattinson: In this case, Walt had the last word on the design and as it passes between different designers and Marc Davis, it afforded them a chance to take a little bit of everybody’s design and mix it together, but Walt made the last decision on each character – and on every aspect of the picture.  He wouldn’t let everything go unless he saw it and that’s why it took so long to make this picture as he wanted to pass on everything, since at the time he was so involved with Disneyland.

Brian Gallagher: When you were working on this film, did you have any sort of idea that it would be as timeless and remain so popular 50 years later?

Burny Mattinson: No!  We were pleasantly surprised when everybody saw the final print and I think we all felt we made something classic.  But at the time, we didn’t realize that this would become such a beloved classic – we were too close to the working problems of it…just getting the work done, but then, when it was all together and we saw it for the first time, we realized we had something!

David Barrios: What made Maleficient so different from villains previously made by Disney?

Burny Mattinson: One thing that got me was the fact that her reaction at not being invited to the party was a bit over the top – which is pretty darn cruel for no reason…

Henrique Sampaio: Malificent is one of the most famous villains in the animation history. She became even more notorious with the successful game “Kingdom Hearts”. What do you think it made her so famous?

Burny Mattinson: She was in such a classic picture that she stood out probably more strongly than other characters.  Her thinking process is very quiet and cunning and you’re anticipating the next moment and then suddenly she blows…she comes on so sweetly and then suddenly you have this evilness bursting out of her – it resulted in such a strong, memorable character.  For me it was a joy working with Marc – he made everything so fun and easy – he was such a strong designer.  I learned so much from him.  Everything was so well worked out with Marc.  He was such a calm fellow and really knew his craft and it was easily conveyed in his work.  So no wonder she was such a memorable character.

Reg Seeton: What is your favorite Disney animation that you didn’t work on?

Burny Mattinson: Pinocchio – I wasn’t able to work on it since I was just a little kid, but it had the biggest impact on me because it’s why I wanted to work here at Disney.

Natalia Soares: You’ve worked in many unforgettable movies. Which one is your favorite?

Burny Mattinson: I have a very strong feeling for THE GREAT MOUSE DETECTIVE, beyond that BEAUTY AND THE BEAST was one of my favorites to work on.  LADY AND THE TRAMP was my first film with the studio, and, of course, SLEEPING BEAUTY has a very soft spot in my heart.

Alon Rosenblum: why did you decide to film SLEEPING BEAUTY on 70mm?

Burny Mattinson: Cinemascope was the new wave at the time and we had just done LADY AND THE TRAMP which was originally to be done in standard 35mm frame.  Walt said ‘let’s capitalize on Cinemascope’ and we added the wider aspect into the designs.  So, when it came to SLEEPING BEAUTY he wanted to make it bigger and better and said ‘let’s go with 70mm’ because he was trying to make a true classic.  In fact he asked that we design this design as a moving tapestry.

Alejandra Alvarez: How was working with one of the legendary nine old men of animation?

Burny Mattinson: It was wonderful!  Marc was an absolute gentleman with total confidence in what he did.  He took an interest in a very naive, young aspiring artists (me).  He took me under his wing and taught me practically everything I know in animation.  In fact, he looked at my work early on and he said I should go down to Chaunard’s Art School and he’d let me sit in his classes.  He taught me how to draw the human figure.

Michael Stailey: How many animated features did Walt have in development at any given time? Were there any that didn’t get made you would have loved to be a part of?

Burny Mattinson: About 1940, Walt was starting to do four features at one time (Pinocchio, Bambi, Fantasia and Dumbo) and they were all in work status.  At the same time he had stories that were in development like Cinderella and Peter Pan in which development hit a wall so they were put on the shelf and revisited later.   Walt was disappointed in Pinocchio and Fantasia not doing as well as they should because of the overseas market disappearing during World War II, that he was going to go on a long vacation.  Someone sent a little series of pictures of an elephant character and he gave it to Joe Grant and said ‘See what you can do with it.’  So, Joe and Dick Humor developed the story of Dumbo while Walt was away which was done very fast because it was so simple and it was very successful.

Reg Seeton: How has animation at Disney changed since you first worked on Sleeping Beauty?

Edward Liu: What’s the one thing you think nobody notices in Sleeping Beauty that they should pay attention to?

Burny Mattinson: Watch the beautiful backgrounds – the animation is so well done, especially the fairies when they’re little miniature fairies.  The restored aspect ratio now includes so much more imagery that has never been seen before and the forest sequences are fantastic in Blu-ray. 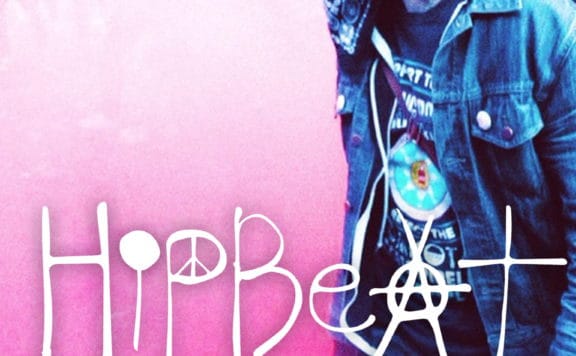