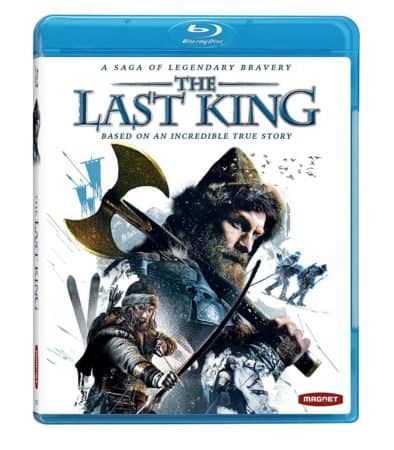 “The Last King” isn’t so much story driven, as it tries to painfully recreate a horrific true event. Norway was divided between two factions during the Middle Ages. After the monarch is killed, news gets out that the monarch’s bastard child is prepped to take the throne. The problem is that the future King is an infant being hidden from both forces. What follows is the path take by two loyal soldiers, as they try to save the child from certain death.

Over the next hour and forty minutes, the audience watches as two grown men climb through snow and other terrain trying to keep the kid alive. While the murderous factions don’t care for the soldiers, they keep putting themselves on the line to do the right thing for the child. The kills and various attacks are brutal enough for a Refn movie, but it’s done with a lack of style here. I appreciate the immediate nature of the attacks and how they aren’t savored. These are brutal times and warriors fight just to keep moving closer to safety. Stunning work all around.