Summary
An eccentric ship captain and a crew of specialists plot revenge against the most mysterious creature of the deep -- the Lake Michigan Monster.
Good
Bad
9.9
Amazing
Video - 9.9
Audio - 9.8
Movie - 10

Low budget creature features have a special place in my heart. When I heard there was a new creature feature dominating the genre film festival circuit last year, I was curious. My homebody self didn’t make it around to a ton of festivals before COVID and I don’t see that improving in a Post Pandemic world. After having a few site friends bring up how much I’d love Lake Michigan Monster, I checked it out.

There is a thing about cult cinema that sticks in my heart. So much low budget cinema looks and feels cheap. While there is heart present in the material, few have the skill to create something meaningful on a shoestring budget. But, when it works…there’s nothing quite like it on Earth. Will it entertain everyone? No, but it doesn’t have to do that. What it has to do is show such incredible promise.

How many times am I going to yell for Sean Shaughnessy this month? I’m over 30 times and I’ll probably get murdered by the 140th time. So, somewhere in the middle. Why is it a fun name to scream? Hell, why does any pop culture earworm hang around for so long? The answer is because it entertains at such a direct level.

The sign of a great indie film is that it makes you want to make your own movie by the time the credits roll. I don’t care if it’s The Blair Witch Project, Coven, El Mariachi or anything else. There are so many creative personalities out there that are just waiting for the right film to smack their brain’s pleasure center. Films that can achieve that are so powerful.

Beulah Peters is amazing in her role as Nedge Pepsi. Rocking George Romero glasses and playing it up like the SONAR world’s version of Kate Rambeau, she has to play the straight man to this motley crew’s shenanigans. While not as fanciful as Seafield or Sean Shaugnessy, she holds her own while pushing the story forward.

Ryland Tews is the all acting, all writing, all directing madman that birthed this beast. Somewhere between the drunken antics of the captain Seafield or the mental breakdown before encountering the monster, Lake Michigan Monster becomes something beautiful. Not as obscene as Forbidden Zone, but way more fanciful than Guy Maddin’s early work…Lake Michigan Monster is the heart of independent cinema.

Animator/editor Mike Cheslik makes so much of this film work. What I don’t get is Cheslik’s biggest work before this film was The Get Down. But, that’s another one of those shows that I don’t remember beyond a vague recollection of the pilot. Still, the animation work is so detailed yet effectively simple that I found myself stopping the screener to study the composition. Why? Well, because I want to make it happen myself.

So, what do we have here? A loving homage to monster movies of long ago. Effective digital film making that combines practical effects with cutting edge editing. Then, there is that inspirational charm that just makes you want to go find a Lake Michigan Monster of your own. I love it when a movie jazzes me up so much that I can’t stop recommending it to everyone I know.

2020 has been a difficult year where Trolls Part Deux and Elisabeth Moss in Invisible Death Wish has dominated most minds. But, take a chance on an indie film that is now dominating the indie festival circuit and streaming services. You will not regret it and Lake Michigan Monster will make you feel like you’re discovering some special before your dopey friends. This is my most highly recommended film of 2020 thus far.

Lake Michigan Monster is now available for streaming on the Arrow Video Channel.

An eccentric ship captain and a crew of specialists plot revenge against the most mysterious creature of the deep -- the Lake Michigan Monster. 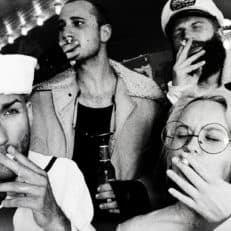 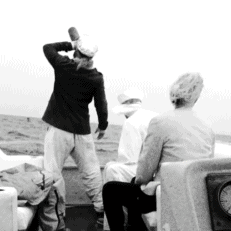 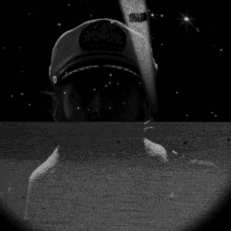