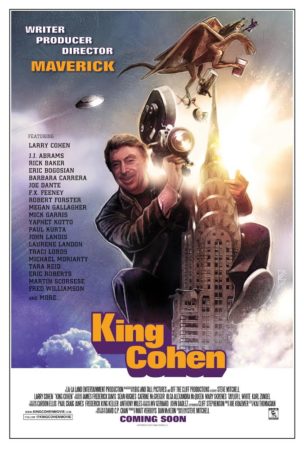 KING COHEN, the acclaimed, feature-length documentary on the life and career of maverick filmmaker Larry Cohen, is currently wowing audiences at film festivals around the world! The film launched its world premiere at Fantasia in Montreal, where it was awarded the Audience Prize for Best Feature Documentary, and has had exciting engagements at Fright Fest UK, Fantastic Fest and Sitges. Now, the film is honored to be screening at the renowned fests DOC NY ( http://www.docnyc.net/film/king-cohen/ ) on November 13 in New York City, and VIENNALE ( https://www.viennale.at/en/films/king-cohen-wild-world-filmmaker-larry-cohen ) on October 21 & 26 in Vienna, Austria. Director Steve Mitchell and Larry Cohen will be attending the DOC NYC screening on November 13.
For those in the Chicago area in early November, KING COHEN hits CINEPOCALYPSE ( https://www.musicboxtheatre.com/events/cinepocalypse ) at the famed Music Box Theater on November 4, with Larry Cohen and director Steve Mitchell attending — additionally, actor Eric Roberts will join Larry Cohen for a special showing of Cohen’s thriller THE AMBULANCE on November 5).
If you’re in Dublin, Ireland later this month, catch KING COHEN at the IFI HORRORTHON ( http://ifi.ie/ifi-horrorthon-king-cohen-the-wild-world-of-larry-cohen/ ) on October 29.
For more info, visit www.KingCohenMovie.com and follow us on twitter @KingCohenMovie and Facebook https://www.facebook.com/larrycohenfilmmaking/
Film Journalist/Critic Mark Kermode proclaims KING COHEN is “Hugely entertaining… such a joyous, informative film!”  and Filmmaker Magazine raves, “A deeply pleasureable time capsule of a bygone era of freewheeling independent filmmaking.”
Catch KING COHEN at these exciting festival engagements and for more info on the film and upcoming shows, visit www.KingCohenMovie.com and follow us on twitter @KingCohenMovie and Facebook https://www.facebook.com/larrycohenfilmmaking/ 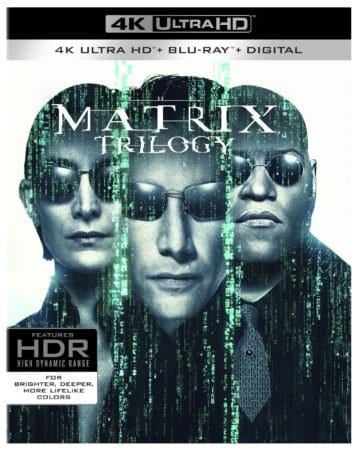 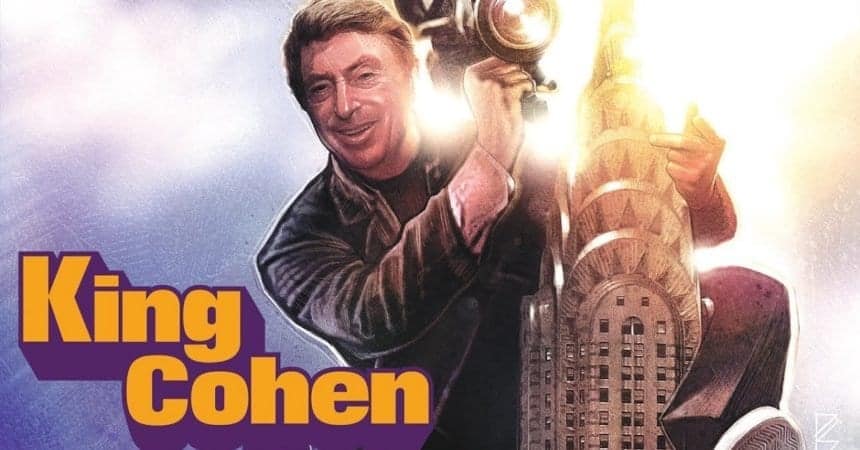