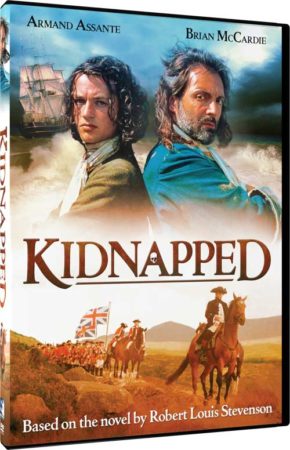 “Kidnapped” is a pretty straight played adaptation of the original Stevenson novel. Growing up, I was only aware of the Michael Caine adaptation. But, this had to have aired on Cable TV when I was in High School. Film nerds will note that this version was directed by the same guy that helmed “Cutter’s Way”. That film has developed quite a cult fan base and none of that panache translates over to this film.

Coppola oversaw most of this adaptation, but he could only do so much as an executive producer. Given the successes of late 90s Coppola, I’m not sure he could’ve put a creative stamp on the film. Given that the film was delayed by Christopher Reeve’s horse riding accident, somebody should’ve known that the film was cursed. But, you sprinkle in Armand Assante and Brian Blessed into a mini-series and something good should eventually arrive. Sadly, what we get is a workable adaptation for High School kids that don’t want to read the original book.