“Key and Peele” didn’t wow me at first. Key and Peele are veterans of MadTV which is sort of like saying that you’re proud to work at Wal-Mart. People might recognize the name, but nothing good has ever been associated with it. Both of these guys have turned in strong comedic efforts in the past, but I’m not sure how well they play off each other. They’re both supporting players who have yet to find what makes them shine as solo stars. Then, the second season started.

I get the comparisons to SCTV. The way they stage sketches is far more cinematic than their contemporaries, plus they are willing to bend genres so much. Then, there’s my favorite comedy bit of the last decade. The East/West College Football roster announcements is amazing. What could’ve easily been racist in the wrong hands goes so far to show how we’ve declined in intellectual capacity. Plus, it introduced the world to Donkey Teeth. Truly classy comedy all around.

“Key & Peele” returned with its star-making season in Season 3. You get everything from Pussy on the Chainwax to the Les Miserables stuff to Blaxploitation Shakespeare to A-a-ron to the Mr. T video homage. It’s an embarrassment of riches, as we’re watching the strongest voices in cable comedy appear. While some have tried to bemoan the duo’s rise, as just well polished videos that go viral…I think it’s more than that. But, yeah. These guys do know how to use the Internet to give the material a second life.

I can’t even begin to explain how much this duo has grown on me. It started with the truer than words can describe hilarity of the East/West College Bowl. The material breaks down racial lines, as it just wants to find hilarity in places where people don’t look. Having a Harry Potter style school in the middle of the ghetto is funny. Having to explain female genitalia to an alien is funny. And, let’s dig back a season or two for Baby Forest Whitaker. That’s creepy, but Peele knows how to play the moment and the character creation for laughs that are true to the person he wants to parody. When you watch an episode of “Key & Peele”, you know that you’re going to have a good time. Hell, they opened the new season by getting rid of the annoying audience section. It’s like they know what I wanted.

“TOMORROWLAND” GETS A TEASER TRAILER AND A NEW POSTER!
October 10, 2014 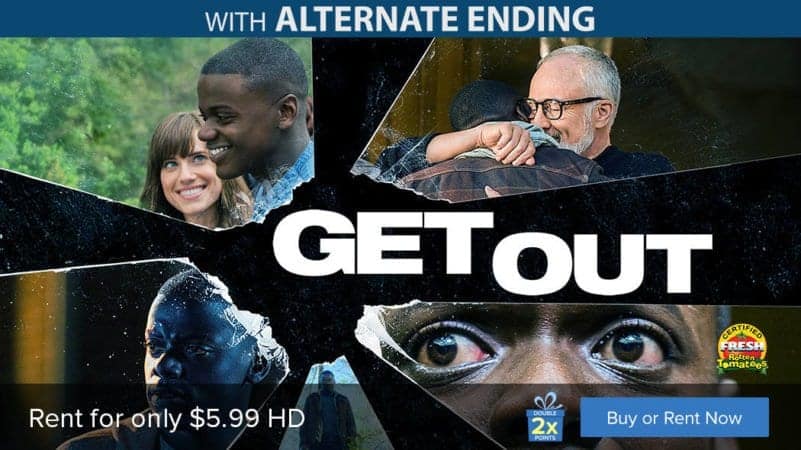 Top-Selling Thriller, GET OUT, Available To Rent On FandangoNOW
May 26, 2017