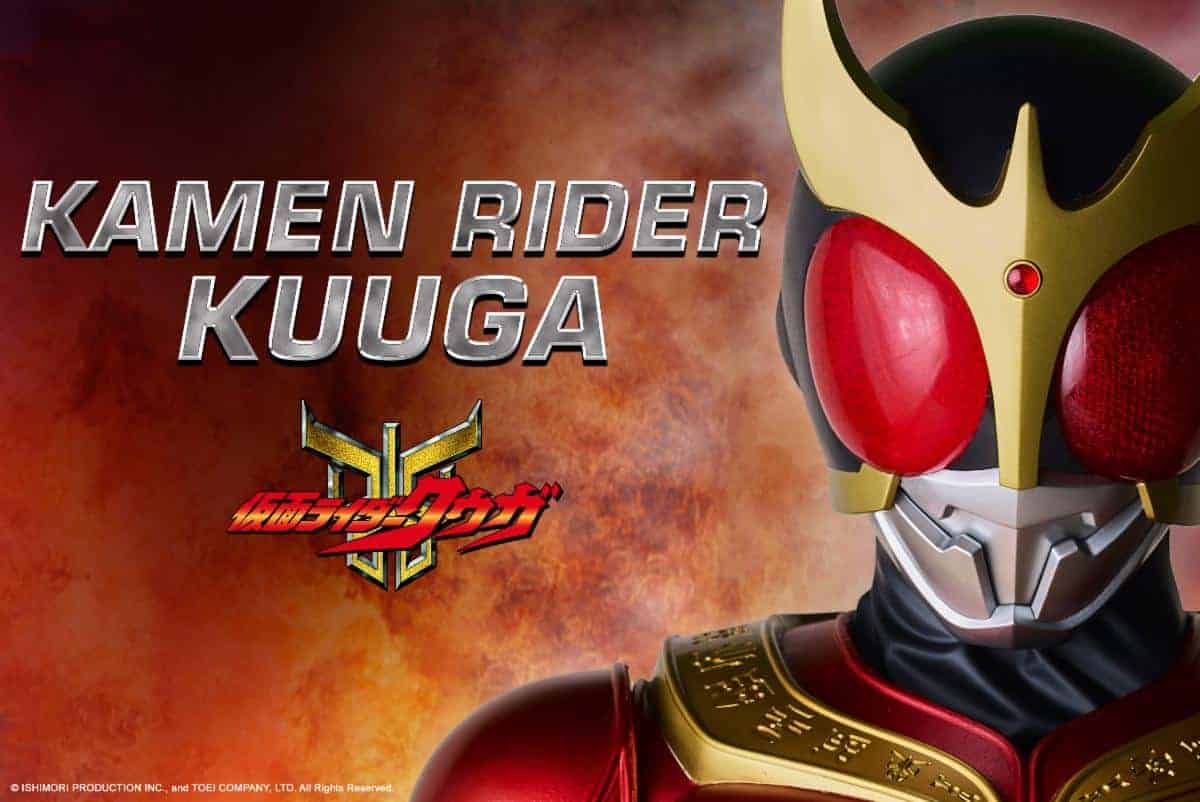 Fresh off the launch of the TokuSHOUTsu channel on Pluto TV, Shout! Factory TV announces the U.S. premiere of Kamen Rider Kuuga on the channel today. The first episodes of Kuuga will debut on TokuSHOUTsu tonight at 7 p.m. ET / 4 p.m. PT in a two hour block, with an encore presentation to follow at 11 p.m. ET / 8 p.m. PT.

All 49 episodes of Kamen Rider Kuuga are also now available to watch on demand on Shout! Factory TV.   Premiering in Japan in 2000, Kamen Rider Kuuga was the first installment in the franchise’s televised run in the Heisei Era. Kuuga now joins the inaugural season of Kamen Rider to present a TokuSHOUTsu offering that crosses generations of Riders.   When a group of archaeologists uncover the tomb of a legendary warrior, they unearth Kuuga’s belt, accidentally releasing an ancient race of monsters called the Grongi, bent on destroying humanity.

Enter Yusuke Godai, a modern-day guy-next-door, who learns he is telepathically linked to the mysterious stone belt. With its power, he transforms into the legendary warrior known as Kuuga, humanity’s only defense against the murderous Gurongi monsters.   Kamen Rider Kuuga airs on the TokuSHOUTsu channel (Channel 681 in the Tech + Geek section) through Pluto TV, which is available on all leading digital streaming devices and services, including Roku, Amazon Fire, Apple TV, Google Chromecast and more, as well as major smart TVs and game consoles.