Summary
John and The Hole was a movie that got delayed by the Pandemic until last summer. Did you miss out on anything? Troy has the answers.
Good
Bad
8.5
Great
Video - 8.9
Audio - 8.6
Movie - 8

John and The Hole was delayed by the Pandemic after being shot in 2019. 2 years later and a soft summer release has seen the movie slip through the cracks. But, how is that possible for an ever-awake movie crowd that claims to see everything on Twitter. Well, regardless of where you fall on the spectrum, quiet family dramas still get ignored by most. It’s not a bad thing, but why should you invest the time to discover John and The Hole?

Michael C. Hall is a long way from Dexter, but he doesn’t sport any distinctive personality as the father. Neither does Jennifer Ehle as the other parent. So, why does Taissa Farmiga get to shine as John’s sister? Well, it’s because the nature of the narrative. This is a kid power movie about a slightly dim and dark kid that doesn’t respect authoritarian boundaries anymore. Honestly, the lack of a narrative push makes this part play so much harsher.

John and The Hole has a framing device that doesn’t start until thirty minutes into the movie. It’s also where they buried the title card which bothers my OCD. But, the framing device doesn’t amount to much as it feels like telling a story about story to an audience that knows neither party. It’s been awhile since I’ve seen a film insist upon itself like this. But, damn if John and The Hole doesn’t feel like you know more about the story than you should.

It’s not the worst thing, but it’s obnoxious. As much as the film has going in its favor, so much of the material just irritates at the base level. When John and The Hole began, I found myself getting annoyed with the math teacher grilling John. As the movie progresses, you realize that this kid has been irritating everyone from the teacher to the gardener for years. While they could easily play as a sympathetic monster, the film pushes off of it.

However, the titular kid played by Charlie Shotwell is an ill-defined menace. When he pushes into outright villainy, it feels out of left field. But, what he does afterwards and during the aggression feels second nature. Even with his family in the hole, he returns to normalcy and keeps up with his after school lessons. In a way, you get to see how family units can drive individuality out of most kids.

John and The Hole is a cautionary tale about a problem you don’t understand and is never really defined. Played like a community horror story told poorly between Nextdoor associates and old women jogging around the Neighborhood, it’s all ill-defined. The lack of substantial resolution might have felt like Cormac McCarthy to the creative team, but that’s not how it plays.

When watching John and The Hole, mainstream casual viewers will probably tap out before the hour marker. For those that push past, I ask this. Look at what bothers you in the narrative and study why it slows things down or speeds them. Even for films that don’t gel with you right away, you can study the actual construction of the story.

The John and The Hole Blu-ray comes with no special features. However, the A/V Quality supports the 1080p transfer with a clean mix. Still, I have this weird mental hang-up about watching modern movies in 4:3 aspect ratio. Unless you’re doing something retro, it’s pretentious and takes one out of the movie. The DTS-HD 5.1 master audio track doesn’t have any Brechtian bits, but it’s good. Give it a stream, a chance, whatever.

John and The Hole hits Blu-ray on March 15th

John and The Hole was delayed by the Pandemic after being shot in 2019. 2 years later and a soft summer release has seen the movie slip through the cracks. But, how is that possible for an ever-awake movie crowd that claims to see everythi...
0
Average User Rating
0 votes
Have Your Say!
Your Rating: 0
Submit
Write A Review
Genre:Drama
Rating:R
Director:Pascual Sisto
Studio:IFC 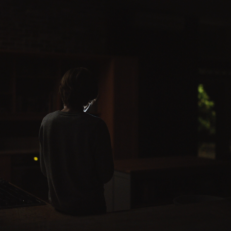 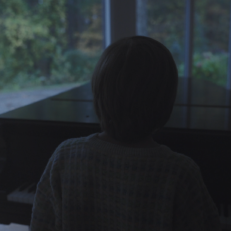 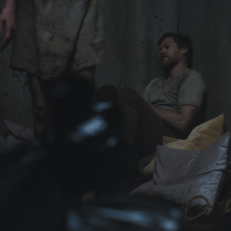