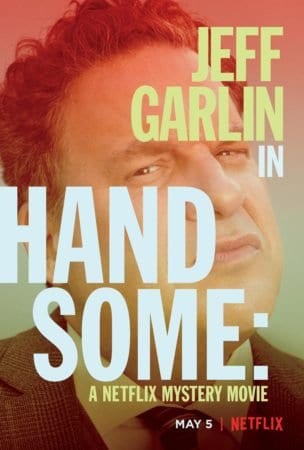 In Handsome: A Netflix Mystery Movie, Jeff Garlin (“Curb Your Enthusiasm,” “The Goldbergs”) stars as Gene Handsome, an LA homicide detective who tries to make sense of his life as he solves crime. Handsome’s knack for solving mysteries is matched only by his inability to make sense of his own problems. The film, which is also written and directed by Garlin and co-written by Andrea Seigel (“Laggies”), is a lo-fi, Columbo-style mystery comedy. It co-stars Natasha Lyonne, Amy Sedaris, Christine Woods, Steven Weber, Eddie Pepitone and Leah Remini.