Summary
No one is inside that boarded-up mansion on Manhattan's ritzy 5th Avenue, right? Wrong. Its secret inhabitants include a philosophizing hobo and some GI families who are unable to find apartments during the post-World War II housing crunch. They set up residence in the posh brownstone while the owner, the second richest man in the world, winters in Virginia. Except the owner isn't in Virginia. He's there in disguise.and discovering a lot about how the average Joe and Jane think and live. It Happened on 5th Avenue. And it happens with a talented cast and an Oscar®-nominated tale set during the holidays. Make yourself at home and discover why this is a yuletide delight to discover.
7.8
Good
Video - 8.5
Audio - 8
Movie - 7.4
Special Features - 7.1

It Happened on 5th Avenue is one of those touching almost melodramatic movies from the Post World War II era. While we’ve talked about major movies being depressing for War Veterans immediately following their return home, It Happened on 5th Avenue goes in a different direction. If that doesn’t sound entertaining to you, then hang on. We’ve got a Judy Garland picture coming up next.

Post World War II movies ran the gamut of depressing to warm-hearted depressing to whatever Disney was working on at the moment. It Happened on 5th Avenue has not been remade for a reason. It’s a film about a rich family duping local poor into squatting inside their mansion during Christmas. The rich family even pretends to be homeless or runaways to mingle with the poor.

It’s like a dumb college kid tried to remake Parasite without any of the subtext and just made a feature length bizarre sitcom. Throughout the various poor, our rich family learns how their decisions have impacted those left with nothing in late 1940s NYC. When the poor are caught by some patrolmen, the real fun begins. By that, I mean a giant ruse perpetrated by the rich man to keep being entertained by paupers fighting for survival.

Melodramas like this provide for nice thoughts, but they are so unsettling when you strip back all of the layers. These are families and good people fighting for survival, all the while a rich guy watches them like animals in a zoo. It’s a fantasy about the noble nature of the poverty stricken that has no idea how to really help these people.

Considering when it hit in American history, most of the country was just escaping the ravages of War and the Depression. It Happened on 5th Avenue is a brutal reminder that out of all that has changed in the world, the old standbys remain the same. A scant few escape the poorhouse, while rich men keep ruling the world.

But, it would make me start to like It Happened on 5th Avenue a little more than I already do. What the film remains as is a curiosity from a time that none of can quite imagine. The elderly viewers among us were too young to remember what the film meant in that era. But, It Happened on 5th Avenue stands among the odd releases in a period where America was beginning to forge a new identity.

Movies like this are why I appreciate these Warner Archive deep dives every month. The chance to see our shared national history through film culture allows this wonderfully intellectual dives into what defined our culture. By 2020/2021, I was hoping that America would be over its deification of wealth.

But, here we are…here we are. Remember to add this one to your Holiday film playlists next year. It’s that peculiar oddity to get people to quit arguing over what constitutes a Christmas movie. That’s because technically this film covers all of the year-end festivities.

Warner Archive brings It Happened on 5th Avenue with a single special features. That’s right, kids. It’s a Lux Radio Theater Broadcast from 1947. Your elders used to love that radio as it streamed audio adaptations of the latest films into their hearts and minds. If you like schmaltz, you’ll want to pick this one up.

Fans can purchase It Happened on 5th Avenue at www.wbshop.com/warnerarchive or online retailers where DVDs and Blu-rays® are sold

It Happened on 5th Avenue is one of those touching almost melodramatic movies from the Post World War II era. While we’ve talked about major movies being depressing for War Veterans immediately following their return home, It Happened on 5...
0
Average User Rating
0 votes
Have Your Say!
Your Rating: 0
Submit
Write A Review
Genre:Drama
Rating:Not Rated
Director:Roy Del Ruth
Studio:Allied Artists 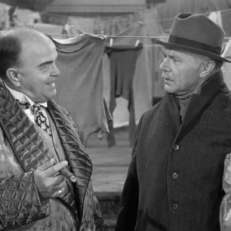 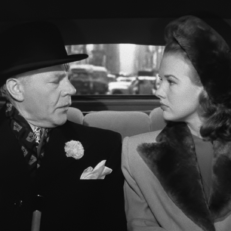 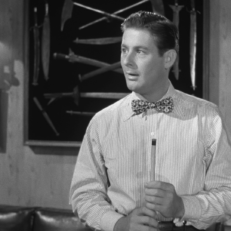 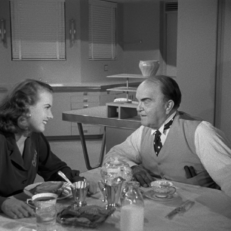 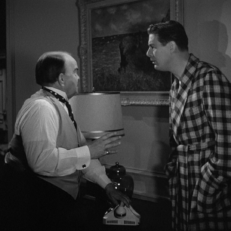 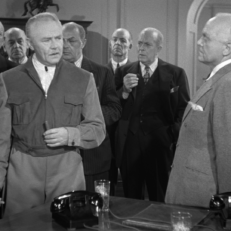 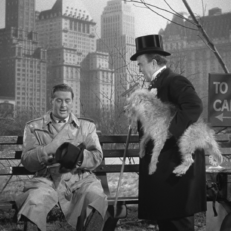 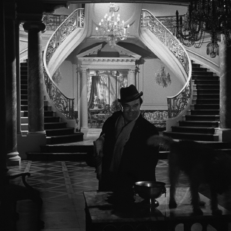