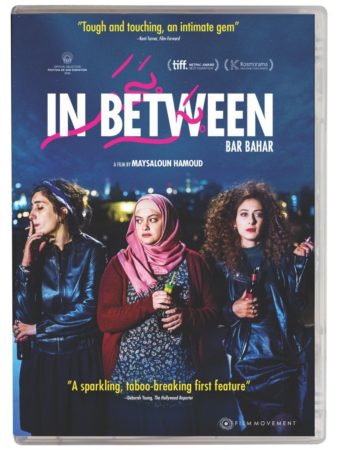 “In Between” gets lazily called a Girls for the Arab world. While it plays modern sensibility against traditional types, the film does something more. By examining the religious, the wild and the mundane…it seeks to use three presets to examine women. Nur just wants a family life that won’t offend Muslim sensibilities. Salma wants to party, stand up for being Arabic and blend the Western wilds with her Eastern life. Then, there’s the independent Laila. The entire trio spends their time fighting against that which is larger than themselves.

But, not one of them approaches the matter the same way. Does Laila’s independence threaten Nur? Salma is wild, but she has a point about keeping her individuality in a religious setting. The movie spends its time painting a picture of real women living their lives in the face of stifling constraint. I absolutely wish that we’d eventually get a TV series out of this. I want to see more of these women, but I guess we’d have to get the same material through a Lena Dunham filter.