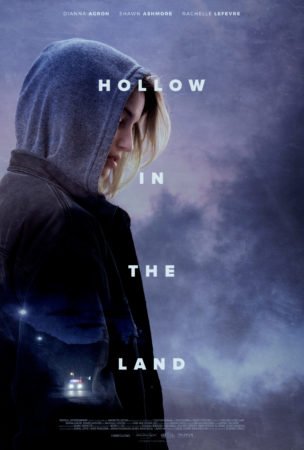 HOLLOW IN THE LAND REVIEWED

“Hollow in the Land” shows that Scooter Corkle has quite the future in film. For a feature that echoes “Winter’s Bone” and “Out of the Furnace”, the film finds its feet by trusting so much of the story to lead actress Dianna Agron. Somewhere, between our capable heroine and the smooth direction, we get quite a world. A young woman is holding her struggling family together and then her brother goes missing after a murder. While the third act can’t hold up to the rest of the journey, it doesn’t matter.

For a solid hour, I was hooked to an indie feature that I didn’t know existed before December started. I love it when certain films can sneak up on me at Year’s End and leave me floored. Stories about average people becoming detectives out of necessity thrills me. Whether it’s in novels, comics, TV or film…I’m there for this kind of action. While it might not appear in every city this December, I recommend keeping it on your radar. “Hollow in the Land” deserves to be seen by many people. Give it a shot.