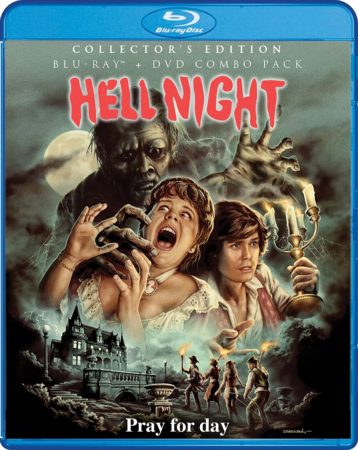 “Hell Night” was a film that I never saw in its entirety until this Blu-ray release. What follows is a seemingly haunted house story that features college frat kids popping Quaaludes. Vincent Van Patten steals focus away from the star Linda Blair. Blair plays a spunky Final Girl, but Van Patten is trying to play up being the biggest douche in the universe. His unrepentant desire to peacock through all of the horror echoes later efforts by Bruce Campbell. But, Campbell never made finger guns to boast about banging the female leads.

Also, if the original house wasn’t wired for security, then how did the fraternity wire it for the initial pranks? Don’t think too hard about that stuff, as the film will fall apart. While this film has been the target of every intellectual horror critic published between 1982-2000, I’m still shocked by how under the radar this film plays to most audiences. Looking back at these films, I’m kinda shocked that Linda Blair didn’t manage to hinge a few of these films together into a bigger career.

She had a knack for horror, but the roles were never there. If you dig this sort of thing, then check out Hell Night. 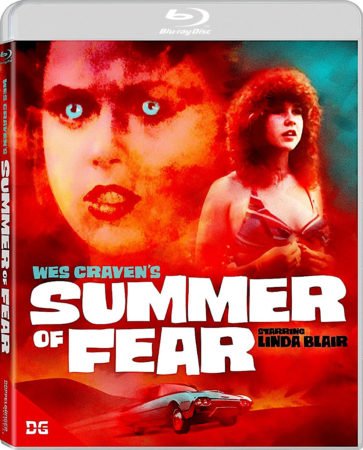