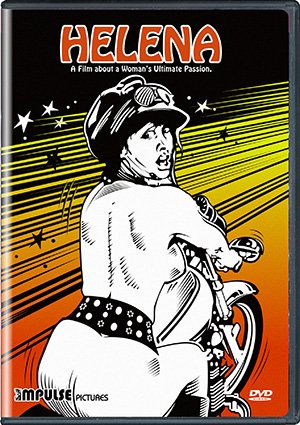 “Helena” is a film about a young woman traveling to find a guy that she hooks up with during the slow times. He’s busy, so she finds herself attracted to his friend. From there, a group of criminals show up and want to commit sexy games. It’s a sexploitation finding release in America under an alternate title. The film’s writer worked under a fake name and the film barely breaks over an hour. Still, it does what it sets out to do. It makes a movie about a woman looking for sex and finding it. Go, Helena, go!