El Superbeasto aka Beasto is an unstoppable superhero masked wrestler, Producer/Director/Star of BeastoWorld Enterprisesand world-famous man of action! In his first full-length animated adventure based on the comic book created by Rob Zombie, Beasto and his super-sexy sister Suzi X must stop the unholy marriage of foul-mouthed stripper Velvet Von Black and diabolical Dr. Satan, or unleash all the sudsy powers of Hell! Welcome to a depraved domain of outrageous comedy, non-stop ultra-violence and bad-ass theme songs! Featuring a horde of Nazi zombie bikers, seven original songs by Hard n Phirm and the voice talents of Tom Papa, Sheri Moon Zombie, Rosario Dawson, Brian Posehn and Paul Giamatti as Dr. Satan in THE HAUNTED WORLD OF EL SUPERBEASTO!

Rob Zombie has made his masterpiece. Well, a lot of it can be attributed to the animation work of Film Roman and the Hard n’ Phirm soundtrack. But, there was still a glee of Zombie mania. Who knows? Maybe, I’m just still buzzing from the third viewing of “Inglorious Basterds”.

“El Superbeasto” began life as a stand-alone graphic novel from Image Comics. The comic promoted the eventual arrival of the film that had been promised since “The Devil’s Rejects” was leaving theaters. Life went on and people found different projects. Earlier this summer, I found out that Anchor Bay/Starz Media would be releasing the title to DVD and Blu-Ray. Being the fanboy, I jumped up and down to get my chance to review this disc.

The film begins with a far more comical approach to the titular character than I remembered from the graphic novel. Hell, Dr. Satan came across as more of a Tex Avery villain than the violent mythic creature that stalked through “House of a 1,000 Corpses”. After the faux early 30s RKO/Universal opening, we’re introduced to Superbeasto and his talking cat Luke St. Luke. The two are holding auditions for an adult film they’ll be shooting in the Luchador’s swinging pad.
The action quickly swings to an introduction of Superbeasto’s half-sister Suzi X. For once, Sheri Moon Zombie’s voice works for her. She plays this high-pitched ultra-violent blonde babe who’s smart and can stab you in the eye. Plus, she hangs out without a robot that can turn into any vehicle. Throw in the zombie nazis and werewolf SS and you’ve got the makings of a great character. Well, great in the ass and violence sense. Suzi X is a paper thin counterpart to El Superbeasto, but that’s not really saying much. Plus, she does full cartoon frontal nudity.
Paul Giamatti was made to work in animation. Giamatti takes Dr. Satan from previous Zombie film cast-off to something that belongs in a Terry Toon or other archival animation romp. Taking glee in masturbating to Debbie Reynolds songs or torturing his ape man-servant, you can’t help but smile. When he eventually becomes Mega-Satan, you joy to his Toho meets John Milton like exploits through Monsterland. That is if you can forgiven the scenes with the annoying elevator operator.
The film homages became a little much by the time they set up the Carrie prom re-enactment. There’s so many throw-away gags to Captain Spaulding, Michael Myers, Jack Torrance, Leatherface, Baby Firefly, Rufus Firefly and the various denizens of Monsterland. You almost want a scorecard, because you feel like you’re supposed to pay attention to the background dressing, while you miss the foreground sex and violence. But, the schizo nature plays well into the aesthetic appeal of the film. It’s 24 frames of hot mess per second.
What doesn’t work is how damn self-referential the film becomes by the thirty minute marker. Rob Zombie wants you to know what he’s drawing from, he wants you to feel the periods he’s envoking. Velvet Von Black doesn’t get introduced, she gets an Al Jolson style singer to introduce her. Dr. Phibes plays the organ at the wedding, while Captain Spaulding tries to fuck Suzi X. The story stops to let moments of sheer vanity bleed to the surface. When do you say enough to a director giving celluloid love to his idols?
For some reason, a lot of people online have come under the impression that John K. or Spumco did some work for this. Big eyes, random violence and 40s animation throwbacks didn’t end and begin with the man that created Powdered Toast Man. But, there’s a lot of loving homage to similar classic favorites. Somewhere between Tex Avery, Wally Wood and Ralph Bakshi lies this film. Whether or not Rob Zombie will continue in this field remains to be seen. I just hope that he does.
The DVD comes loaded with a ton of deleted scenes and shots. Most of these are almost extended takes or interstitials of jokes that fell a little too broad. There’s also alternate scenes, which really play out as nearly another hour of material that got trimmed from the final cut. Still, it’s fun to see where the film evolved. Needless to say, this is a recommended buy.

ENTER TO WIN A COPY OF “SCRUBS: THE COMPLETE EIGHTH SEASON” 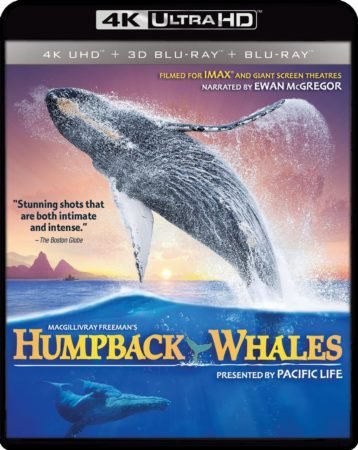 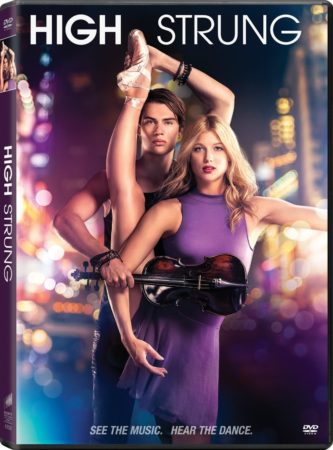 HELGA: SHE WOLF OF STILBERG