Summary
Evil Dies Tonight! But, it still doesn't give Halloween Kills much that matters.
6.4
Fair

The world has takes on Halloween Kills. Whether it’s Halloween or some other franchise, everyone becomes a series expert in time for the latest film hitting theaters or streaming. What’s even more incredible is how the discourse turns into an A/B test as to who can use a slasher film to boost their self worth. Let be known that in the eyes of Michael Myers, you all are equally worthless. This is the first and last thing I’m going to say about Halloween Kills until this trilogy completes.

Part 1: Old Lady Laurie’s back in the Hospital…again.

Halloween Kills is like if Gus Van Sant’s country nephew tried to remake Halloween II. The heart is in the right place, you recognize familiar faces, but it doesn’t play right decades later. Why not?

Well, the answer is all slashers don’t make sense past a single film. You might get lucky and get a second film out of the central idea. But, when you start building a mythology around a single killer, you risk creating supernatural monsters and transforming your tale into something it was never meant to become.

Enter the 1978 sequences that go painstakingly out of their way to give reason for Halloween Kills to exist. You see that there was a manhunt for Myers after Loomis shot him off a balcony. Eventually, he was caught by the cops after he surrendered for the first time since he was a murderous six year old.

People focus on the fact that 2018 removed the family ties between Laurie and Michael. That was enough of a credibility bone thrown that it bought time until they had to explain why the 1978 rampage ended. So, why are we taking Halloween back to a hospital again?

Part 2: David Gordon Green sure can shoot the hell out of a small town bar

David Gordon Green is still a personal directing favorite. However, it’s weird to set up the world of Halloween and then reconfine it to the familiar. People still enjoy bashing Rob Zombie’s take, but he did the same thing. He just a little more real world in your face about it. While Carpenter and his generation made moody and then hokey slashers, Zombie and Gordon Green were making what they knew.

Atmospheric indie movies that happened to have horror ties. The two Zombie Halloween movies were about what happens to Myers being let loose in Zombie’s visions of trailer trash America. What makes the Gordon Green take so special is that Myers has stumbled into a stand-in for the Carolina settings of his early indie movies.

Halloween Kills spends a healthy amount of time treading on the slightly rural feel of Haddonfield. Moving from a bar where everyone knows each other at the talent show to the country gays doing their best to gentrify a murder house, it’s practically Ryan Murphy’s take on Reba.

Part 3: The Halloween magic of editing

Editing is a lost art in American entertainment. We deal with ADHD jump cuts or a complete lack of understanding what is essential to telling a story. From the overlong 1978 sequences to the need to overextend the Hospital mob, we see a movie that is trying to cover that it has half a story. But, is editing why Halloween Kills doesn’t work?

Not entirely, but it doesn’t help. A film is a living thing, but controlled by a master that dictates where the audience needs to go. Due to the subjective nature of observant art, people tend to draw their own conclusions from things. Just look at how The Wendy Theory is leading a new generation of Shining fans down new paths of crazy.

But, the general lack of cohesive editing is the glowing indicator of the problem at the heart of Halloween Kills. The film exists, but it never gives you a reason why. Laurie gets patched up, Michael finds a reasonable way to survive Halloween (2018) and we get a new movie. What else happens? I’m asking the meme lords to speak up now.

Kids annoy adults, drunk adults form lynch mobs with people that were working the convention circuit pre Pandemic and Judy Greer gets to take a stand on mental patient rights. Beyond that, it’s just a variety of kills with ultimately no purpose than to move Myers from Point A to Point B.

Horror has changed a lot in 43 years. While Hooper and Romero had great success in the years prior, something changed when Spielberg took creature horror into the mainstream with Jaws. The archaic and money hungry studio system saw a way to exploit audiences’ natural desire to be scared. The problem was that oil company controlled studios can’t pivot with the same ferocity as independent producers. So, they couldn’t match what people wanted until Akkad, Carpenter and Hill cooked up Halloween.

Hollywood is naturally ten steps behind audiences and the greater world. I can already feel the Giallo fans in the crowd screaming that Italy was doing slashers for years before Halloween. They would be right and there is at least one kill in Halloween Kills that belongs to that tradition. But, that leads me back to my point.

What worked in 1978 doesn’t work now. There is absolutely nothing about Michael Myers or the Halloween mythos that is anywhere near revolutionary. Hell, when the sequels tried to push into that area they came across as soap opera style twists. Halloween Kills tries to have a twist or two, but it’s handled with the corporate grab of come back next time to see what happens.

Halloween Kills has one mortal sin and that is it has to live with the box office perks and expectations that come with the franchise name. Everyone loves a classic monster, but that’s just where they belong…in antiquity.

Part 5: Compassion has no place in Brand Name Horror Series

Judy Greer really wants you to care about that poor mental hospital bus rider that escaped with Michael Myers. He’s a no name character that adds nothing to the story. According to what I spied on Twitter, the actor has since died during the Pandemic.

Halloween Kills should make one point abundantly clear to people. You can’t show compassion to a killing machine. Michael Myers or your maniac du jour wants to do one thing. They want to kill and most of their stories are the reasons to create for what they do. Sometimes, the stories are based on outside reads on why they do what they do.

The grand takeaway from all we see in Halloween Kills is that any act of compassion is hesitation. It’s slowing yourself down to the point where you get shot in the neck or thrown out of a window. Sometimes, you even get smacked in the gun hand with a car door.

Way back when, there was talk of the Halloween 2018 universe being two movies. The 2018 version we saw and then Halloween Ends being a conclusion. Somewhere between now and then that ‘second script’ became two separate film identities. I have no reason to not believe this, as I’ve followed the progress and everything about Halloween Kills shows that the cliffhanger was planned.

Much like how I treat Star Wars movies, I wait until the trilogy is over before I make final assessment. Things you might not like at a certain point can change when the full story unfolds. However, I don’t appreciate Halloween Kills as a standalone entry.

So many people will read that the wrong way, as they want to compare to the Halloween movies that came before Halloween Kills. Then, there are others waiting for the latest chance to dump on the big horror entry. The film just doesn’t work as a narrative. It’s mad mob raging while the rest of the film is trying to pick up the pieces of the first movie.

But, Charles Cyphers got a role. I dig the hell out of the best fictional Secretary of State.

Halloween Kills is streaming on Peacock and playing in theaters everywhere! 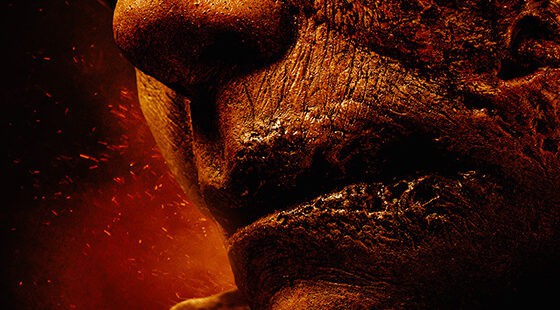 The world has takes on Halloween Kills. Whether it's Halloween or some other franchise, everyone becomes a series expert in time for the latest film hitting theaters or streaming. What's even more incredible is how the discourse turns into...
0
Average User Rating
0 votes
Have Your Say!
Your Rating: 0
Submit
Write A Review
Genre:Horror
Rating:R
Director:David Gordon Green
Studio:Blumhouse, Universal