Halloween night – Haddonfield, IL. A young boy butchers his older sister with a kitchen knife. 15 years later, he escapes from a mental institution only to return home and terrorize the town, including babysitter Laurie Strode. Now pursued by Dr. Loomis, the doctor who tried to treat him until he realized that “what was living behind that boy’s eyes was purely and simply… evil”. His name is Michael Myers. And so began one of the most iconic horror franchises in history – what producers Moustapha Akkad and Debra Hill, writer/director John Carpenter and stars Jamie Lee Curtis & Donald Pleasence started has spawned 10 feature films and lasted over 35 years. Now, for the first time ever, experience the terror of every Halloween film available together in 1 set! This limited edition deluxe set includes 15 discs jammed with content Halloween fans will love. Brand new, never before seen bonus features including new interviews with cast and crew, commentaries, behind the scenes documentaries, and so much more. Plus, the NEVER BEFORE RELEASED Producer’s Cut of Halloween 6: The Curse of Michael Myers! The set also features both Blu-ray versions of Halloween as well as the Network TV versions of Halloween and Halloween 2. Here it is, the one that started it all – Halloween: The Complete Collection.

“Halloween: The Curse of Michael Myers” has had a Producer’s Cut that bordered on horror fan legend for ages. After watching the film, I can’t tell if it’s a good movie. It’s better than what was released to theaters, but the film still stays pretty lodged up its own ass about the whole Cult of Thorn stuff. Jamie survives longer in this cut, but the end result is the same. The Cult will control Michael and they will maintain the Myers line. Over and over again, the material seems to keep taking alternate routes but it returns back to the same area. Michael Myers isn’t effective if he’s a mindless shape that some Cult controls. What makes this sister murdering psycho that special?

The bonus footage disc is headlined by the inclusion of the TV cut of the first Halloween. The additional scenes are in Standard Definition, but it’s neat to see material that was aired during the original network broadcasts. It’s kinda funny to see what was meant to be cut and added to get this stuff to air on ABC. It was just 12 minutes of material shot around the same time as “Halloween II” was in production, but it was neat to see Carpenter be so involved in producing an alternate cut. The same effort would later be extended to “Halloween II”, but that’s only memorable for the Samhain chalkboard scene.

The Blu-Ray comes with featurettes, interviews, still gallery and related goodies. There’s also radio spots on there which feels like a nice throwback to the old school DVD features that Anchor Bay used to stuff on their DVD releases for the Halloween series. The A/V Quality is amazingly strong with a 1080p transfer restoration for Curse of Michael Myers that is second to none. The DTS-HD 5.1 master audio track is also quite superlative. In the end, I’d recommend a purchase to fans.

0 0
Previous ArticleMIND OF A CHEF, THE: SEASON 3 – EDWARD LEENext ArticleDavid Hayter’s Wolves Starring Jason Momoa & Lucas Till gets a poster 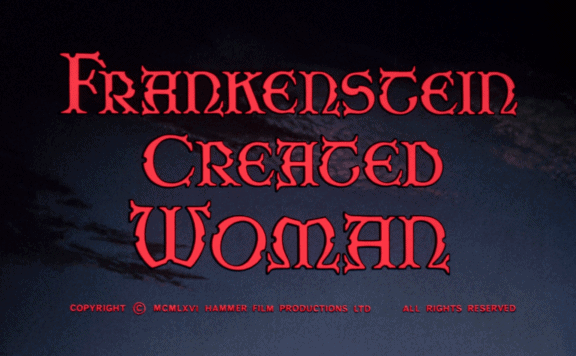 DEADLY EYES, a film by Robert Clouse, will finally be available on Blu-ray and DVD for the first time on July 15.
June 2, 2014