Summary
Claude Bukowski leaves the family ranch in Oklahoma for New York where he is rapidly embraced into the hippie group of youngsters led by Berger, yet he's already been drafted. He soon falls in love with Sheila Franklin, a rich girl but still a rebel inside.
Bad
7.9
Good
Video - 9.3
Audio - 7.8
Movie - 6.1
Special Features - 8.2

Hair is one of the most bizarre adaptations of the 1970s. United Artists/MGM wanted a movie that actually played as something to cross over to non musical theater fans. The result was a jumbled mess that played like a K-Tel commercial dipped in your hippie uncle’s bong water. It’s not a bad film, however Hair just never approaches anything interesting.

Milos Forman has talked publicly about his struggles with the film. Breaking out of the prestige brought to him by One Flew Over the Cuckoo’s Nest, this musical was a big risk. Naturally, it pained him when Hair didn’t overly impress and Forman lost creative control over the subsequent cuts. But, the times had changed since the musical bowed in 68/69 and the film’s release in March 1979.

When you try to capture a cultural zeitgeist, stay far enough away from the time yet close enough to capture the memory. Otherwise, it doesn’t connect with an audience or it feels like older generations’ attempts at re-framing their past. So much of this film will be unapproachable for younger viewers outside of the musical numbers. But, Hair is so connected to a movement that it feels like an anchor.

Damn dirty hippies irritate me on a level that almost defies classification. It was so gradual that I have a hard time trying to pinpoint when it happened. Yet, by the end of revisiting Hair…the truth smacked me between the eyes. As a younger generation, it’s almost impossible to find any sympathy with this most self-absorbed generation to grace the American experience.

One’s memories of a film tend to color how they approach it. So, why do I remember a Social Studies showing us Easy To Be Hard on repeat? I think about said teacher and then I think about their cultural background. For 20 plus years ago, it’s impressive to see an attempt to empathize with other cultural. But, it’s all lip service.

The 1970s Musical is a hard thing to pin down. You had the super faithful musicals ala 1776 and Godspell. But, then you had the ones that excised giant elements and would spin into their own film adventures. A decade after the musical took over youth culture, Hair feels like it might as well have been 50 years old.

While boomers that were living these experiences can feel a connection to the fears of Vietnam, it holds no water for younger audiences. You can’t try to retrain an audience to be scared of singular threats when their entire existence is predicated by threats created by the same over-dramatic boomer scum. Don’t believe me? Think about how stupid that finale is and how right Family Guy was to make fun of it.

Olive Films brings the Blu-ray to a loaded Signature Edition. Film fans get a commentary with Treat Williams and a ton of production featurettes. You can see the A/V Quality in the attached screenshots and gallery, but let’s get back to talking about the finale.

Hair ends on a case of mistaken identity sending one of the two leads off to die in Vietnam. Even when trying to tackle the biggest threat of their day, Boomer revisionists have to rely on the goofiest of conceits to wrap up a story. There is no condemnation outside of The Man and authority figures that don’t know these people exist.

Anyone that joins the tribe is realistically psychologically stunted and looking for greater purpose. They are the all-singing, all-dancing cultural wet farts on the American experience. Hair might have had great music, but it’s ultimately about nothing. Just like most of the Boomer culture cornerstones.

Claude Bukowski leaves the family ranch in Oklahoma for New York where he is rapidly embraced into the hippie group of youngsters led by Berger, yet he's already been drafted. He soon falls in love with Sheila Franklin, a rich girl but still a rebel inside. 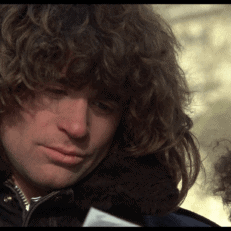 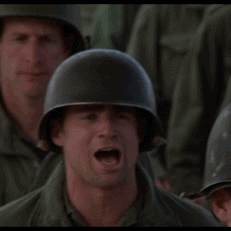 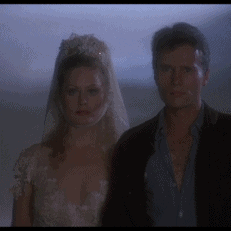 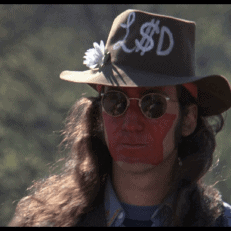 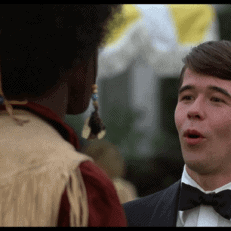 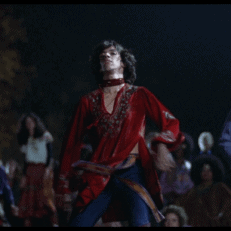 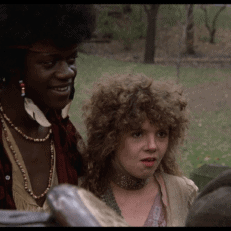