In the last few weeks, we were invited to check out Globi before it launched to the public. Now (post December 9th) you can watch Globi for yourself and check out the best in World Cinema. Today, we have sat down with Globi CEO Tariq Jalil.

Globi is the only free streaming service to feature only scripted content from across the world from 20+ countries, including Austria, France, Italy, Russia, South Korea, Turkey and more. With a wide range of subscription services in the current marketplace, we feel many people are subscription-weary.

Taking this into consideration, Globi offers a platform that allows viewers to watch anything for free. Additionally, Globi is an independent company that wants to champion independent voices and viewers – something no major streamers offer.

In terms of our content offerings, the Globi team has taken the time to curate an extensive library of over 500+ hours of film and TV series, all of which our team has watched and review.

True fans of the content we offer, the team spotlights only the best and entertaining foreign content from around the world, serving as the ultimate go-to for U.S. consumers.

Depending on your mood and taste, Lost in Paris is a really fun, quirky comedy that has a unique view of France; Embrace the Serpent, a Columbian film that was nominated for an Academy Award, pays homage to lost Amazonian cultures; we love “Blue Eyes,” a Swedish thriller series about a presidential candidate who ends up having right wing ties which may extend to neo-Nazis; and “Wataha” is a poignant, heart-pounding Polish series about human trafficking told from a Polish perspective.

AndersonVision: In the future, what other titles can we expect to see added to the platform?

There will be 600+ hours of new programming added to Globi in the near future,
including a Japanese supernatural thriller series called, “Deadstock,” and two series from
Austria titled, “License to Clean” and “Walking on Sunshine.” These titles, among others,
will be introduced outside its country of origin for the very first time.

AndersonVision: While there is a rise in free streaming platforms for an expanding viewership, who do
you see as the typical Globi viewer?

Globi will be for the cinephiles and fans of foreign and independent films. Younger
audiences are also craving different perspectives in general. so we’re expecting a lot of
Millennials and Generation Z viewers.

AndersonVision: I was checking out the Globi beta to watch Embrace of the Serpent and noticed a little
buffering before the film started when on desktop vs. mobile device? Is Globi best
viewed on mobile devices and tablets?

Globi fully launches on December 9th and will be out of its testing phase. Viewers can begin streaming film and TV on their laptops, mobile apps, Roku, Apple TV, or Fire TV without any issues. When using Globi on a browser, be sure to toggle off the ad blocker to ensure a smooth viewing experience.

There are plans for 4K viewing and offline streams in the near future, so stay tuned!

A movie like Parasite that is engrossing, unsettling and distinctly foreign, and 13 Assassins, which is about 13 Samurais who attempt to assassinate an overlord.

Although, we do have content that can compare to all three of these titles. At some point, we may add originals that we develop abroad as well.

We’d like to thank Tariq Jalil for the time spent talking to AndersonVision. Also, you can visit Globi and start watching today. 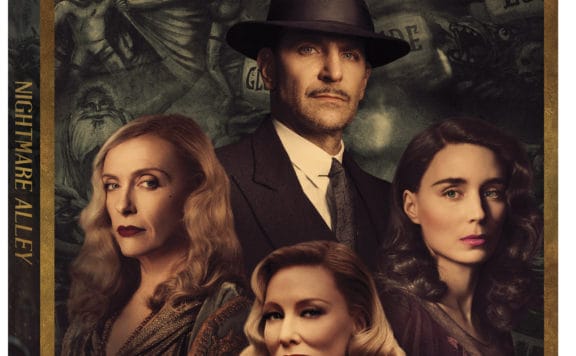