HBO Max will bring the wonder of Japan’s legendary, Oscar®-winning animation house, Studio Ghibli, to its slate of premium content that will be available at launch in the spring of 2020. HBO Max will be the US streaming home to the entire Studio Ghibli film library, one of the world’s most coveted and revered animation catalogues. The landmark deal with North American distributor GKIDS for the twenty-one Studio Ghibli feature films marks the first time these beloved films have been licensed to a streaming platform.
Available at launch of the service will be the Academy Award®-winning Spirited Away, My Neighbor Totoro, Princess Mononoke, Howl’s Moving Castle, Kiki’s Delivery Service, Ponyo, Castle in the Sky, The Tale of The Princess Kaguya and more.
“Studio Ghibli films are visually breathtaking, completely immersive experiences” said Kevin Reilly, Chief Content Officer, HBO Max and President, TNT, TBS, and truTV. “Exciting, enchanting, and deeply humanistic, these wonderful films have captured people’s hearts around the world, and we are proud to showcase them in an accessible way for even more fans through HBO Max.”
“We are excited to be working with HBO Max to bring the complete collection of Studio Ghibli films to streaming audiences in the US. As a premium content brand, HBO Max is an ideal home for our films,” said Koji Hoshino, Chairman of Studio Ghibli. “Upon launch of the service this spring, existing Ghibli fans will be able enjoy their favorites and delve deeper into the library, while whole new audiences will be able to discover our films for the first time.”
Studio Ghibli is one of the most acclaimed and influential animation studios in the world, inspiring filmmakers and audiences alike over the last 30 years with beloved stories and breathtaking visuals. Under the brilliance of visionary animation directors Hayao Miyazaki and Isao Takahata, and producer Toshio Suzuki, the studio’s films have won countless international awards, including an Academy Award® for Best Animated Feature for Spirited Away, as well as four additional Academy Award® nominations for Howl’s Moving Castle, The Wind Rises, The Tale of The Princess Kaguya, and When Marnie Was There. Director and studio co-founder Hayao Miyazaki was separately given an Honorary Award at the Academy of Motion Picture Arts and Sciences’ Governors Awards in 2014, and the Academy Museum of Motion Pictures will pay tribute to his artwork with a special exhibit when the Museum opens in 2020.
Studio Ghibli’s acclaimed catalog of films include:
Castle in the Sky
The Cat Returns
From Up On Poppy Hill
Howl’s Moving Castle
Kiki’s Delivery Service
My Neighbor Totoro
My Neighbors the Yamadas
Nausicaä of the Valley of the Wind
Ocean Waves
Only Yesterday
Pom Poko
Ponyo
Porco Rosso
Princess Mononoke
The Secret World of Arrietty
Spirited Away
The Tale of The Princess Kaguya
Tales From Earthsea
When Marnie Was There
Whisper of the Heart
The Wind Rises (launching Fall 2020)

Join the Bloodbath – 3 From Hell is available now

Rob Zombie’s 3 From Hell is available now on 4K, Blu-ray, DVD, and Digital from Lionsgate.

The 3 have been freed, and we have two behind the scene clips from the special features, featuring Rob Zombie and Bill Moseley discussing their time filming the highly anticipated continuation following the Firefly Family!

Minnie Pet Bath Set ($24.95) Available online and in store now.
Even Fifi enjoys a bath day with Minnie’s pet bath play set. A real, working sprayer and faucet makes the most of this tub time opportunity. Watch what happens when Fifi changes color in warm water!

Classic Simba Plush ($19.95) Available online and in store now.
Can you feel the love? You’ll roar with pride when cuddling up to this royal lion cub. Simba just can’t wait to be part of your plush collection!

Cinderella and Carriage Deluxe Gift Play Set ($79.95) Available online now and in store 11/4/19.
They’ll say, “Bibbidi-Bobbidi-ooh!” when they see this deluxe set. Cinderella’s carriage is infused with glitter, has a light-up feature and fits two 12” dolls. Cinderella is dressed in her classic ballgown, complete with choker, gloves, headband and “glass” slippers. Taking it all on a fairytale journey is a handsome steed with flowing mane and tail.

Mickey Kids Kitchen ($99.95) Available online now and in store 11/29/19.
Junior chefs will be ready to cook up plenty of fun with this Mickey Mouse Kitchen Play Set. Little ones hungry for playtime excitement will love the light-up stove, color-changing pizza, whistling teapot and pot of spaghetti and meatballs. The oven mitt and apron are all part of the kitchen fantasy.

Ariel Tabletop Vanity Play Set ($49.95) Available online and in store now.
Under the sea is the place to be seen after a freshen-up at Ariel’s clamshell vanity. Open the case as Sebastian rises to conduct music and sound effects. A pull-out drawer holds a treasury of play accessories inspired by The Little Mermaid.

Disney Train and Playset Station by The LEGO Group ($329.99) Available online and in store now.
Gather the family for a rewarding build and play experience with the LEGO® ǀ Disney Train and Station. Kids will love to join Disney characters Mickey Mouse, Minnie Mouse, Chip, Dale and Goofy for magical adventures with this awesome LEGO train set, featuring a motorized steam-style locomotive with tender, passenger car and a luxurious parlor car, plus an oval track and an iconic Disney Parks®-style station building.

Frozen 2 Anna and Elsa Doll Set (34.95) Available online and in store now.
Arendelle’s devoted sisters come dressed in their finest attire as this Frozen 2 doll set. Elsa’s dazzling purple gown is accented with the coordinating necklace, belt and shoes, while Anna’s gold gown is complemented by her sash, shoes and fascinator.

Star Wars: Rise of Skywalker Deluxe Figure Play Set –First Order ($26.99) Available online and in store now.
Choose the dark side of the Force with this deluxe set of highly detailed figures of the First Order’s most powerful members. Inspired by Star Wars: The Rise of Skywalker, it includes Kylo Ren and a Sith Trooper among the set of 10 figures that are sure to enhance your epic collection.

On Saturday, November 2, Guests may attend the “Disney store’s Magical Wishes” event for Disney store’s big reveal of special holiday décor and interactive theater activities featuring Mickey Mouse and Minnie Mouse on the media wall. To get everyone in the holiday spirit, Magical Wishes is taking place every evening at 7pm local time from November 2 through December 24. For more information visit www.shopdisney.com/events

shopDisney.com|Disney store continues to have a broad selection of toys, collectibles and uniquely designed gifts across Disney, Pixar, Star Wars and Marvel for fans of all ages across fashion, accessories, toys, tech, home and more.

Tags: 3 from Hell, Ghibli Streaming, House by the Cemetery 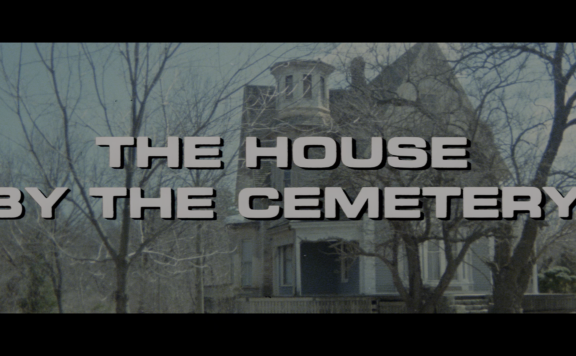