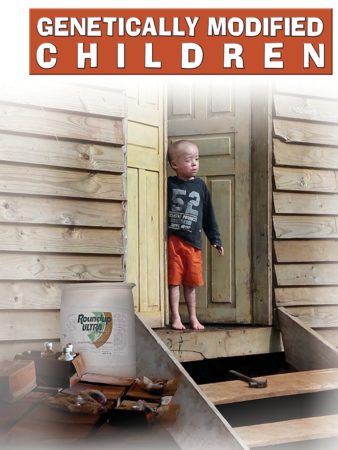 “Genetically Modified Children” is yet another documentary that I catch hell from readers for covering. While I’m open to anything that gets submitted, I do cover these materials in a fair manner. Naturally, I feel that the documentary had a point. It’s just that point is murky and obscured by those pesky facts. Yes, Monsanto and related companies go out of their way to turn the Third World and rural areas into live R&D labs.

But, existing environmental factors and natural maladies get ignored in favor of slamming the GMOs. Yes, GMOs do work in an ideal and controlled state. These modified products have saved many from starvation and helped to stabilize commodity prices around the world. So, don’t spend an hour showing random kids in B-roll and expect me to tear up. I don’t work that way.

However, I still support criminal action being taken against Monsanto and related companies for when they are proven to cause specific detriment to people or lands. The problem is that the longer you do research, the more you’ll see how it’s never just Monsanto that causes the issue. It’s things like Round Up used in conjunction with sketchy practices. There is also a heavy push to slam the Tobocco industry for their role in the matter.

I wish they would’ve followed this thread more, as you can start to see where the real problem emerges.

0 0
Previous ArticleFRAGGLE ROCK: THE COMPLETE SERIES Debuts for the First Time on Blu-ray September 25Next ArticleCIAMBRA, A