Writer-director Damien Harris’ Gardens Of The Night is a dense, heavily researched drama about children robbed of their innocence, forced to wander a landscape of sex and drugs, desperate to reclaim the long-gone notion of home. It’s a tough sit, plunging you full-force into this nightmarish world with little relief, forcing you to wallow in a world you’d rather not have anything to do with. As much as one might rue the experience of sitting through the film, which foregoes universal truths in favor of dense, claustrophobic details, you can’t doubt it was a labor of love for those involved.

You can imagine It was an interesting experience sitting with those involved with the film for what was sure to be a little more tense than your usual junket. Surely enough, stars Gillian Jacobs and Evan Ross appear exhausted, our table the final one for them on this morning-long odyssey of child abuse and lost innocence. Discussing the movies you star in all morning seems like the type of job anyone would like, but discussing a movie about such a demanding, disturbing subject all morning, prodded by journalists for answers to questions that sometimes have nothing to do with you, as the two only feature in half of the film- well, one can see how exhausting that can be.

Jacobs has a slight, undemanding frame, her shoulders slumped, her body language surprisingly tomboyish, while the sharply handsome Ross looks even more boyish than he did as a teen in the film, his skin soft and his chin and neck vaguely undefined. Unlike Katherine Waterson, who glammed herself up after starring in my last junket, The Babysitters, these two seemed determined to remain real, non-movie-starish people. This seems like much of a surprise, since Jacobs previously played a fairly sexual love interest in Choke and Ross seemed to show a mature, Michael Ealy-type charm in this, his debut picture.

Jacobs spoke about the film and character in length, how she was taken by the story and character despite the difficult subject matter but relieves us by saying it was a blast to film. It appears she and Ross, as grownup versions of the characters at the beginning of the film, kidnapped and sexually hustled, had a much easier go of it, though she speaks of her research, spending a lot of the time at the shelters, finding out about the people the film was very loosely based on. A film the production consulted heavily was a documentary, Street Life, but I have a hard time finding information on that film- IMDB lists many under that title, but the most likely matching result is a more urban-themed affair with an all-black cast that seems to straddle the line between fiction and fact- I doubt that’s the one.

Ross and Jacobs do reveal an interesting part of the production, in that the children actors in the movie were not presented with the truth about the subject matter, and received edited scripts. Apparently, there was a bit of mimicry on the set- the adult and child actors all bit their lips in a similar way, and there was some confusion as to who started this. One element everyone was glad the children avoided was he same one that haunted Jacobs’ nightmares, that of the true-life stories heard at the shelters. One such story, about parents selling their toddler into prostitution, was troubling enough to make Jacobs’ walk away from the set. You realize how quickly an impressionable person can become involved in these situations, she shared, giving insight into a terrible tale. The two spoke of the counselors involved in the making of the movie, people who used terms like survival sex to refer to the sex young prostitutes were forced to have.

Jacobs and Ross took time to discuss their future roles as well. Jacobs is busy as any young starlet would be, having completed a role in Richard Kelly’s The Box and the television show Fringe, while Ross revealed he had a role in Tony Kaye’s Black Water Transit as well as a previously unannounced modern-day retelling of MacBeth with Terrence Howard and Danny Glover.

Next came writer-director Damien Harris and star Tom Arnold. Arnold, the former comedian, is the type you’d be expecting to crack wise and give the room a lighter air. This could not be farther from the truth. Hulking, sweaty and uncomfortable, the somewhat-intimidating actor looked every bit the intimidating force he’s been playing in more than a number of indie projects recently. Commenting on the latest of his films, a late appearance in Good Dick, it reflects the nature of independent filmmaking that someone as buys as him can claim, I did it as a favor.

While Harris seemed game to answer anything, it was Arnold who seemed to dominate the conversation, prefacing all of his statements with phrases like, I shouldn’t be saying this, but… and generally overriding his thoughtful pauses by barreling into what some may consider to be difficult admissions. The reason I took this role, he began, was because I had a personal connection to Leslie. I liked how the ending had hope. You want to know it will be okay. His deeper involvement in the film went beyond producing and acting, as he also runs the San Diego Center for Children, a safe haven for abused and mistreated kids.

Later on, Arnold was compelled to reveal his most personal motivations. When I took the role, I was going through a divorce, so my self-esteem was, y’know, perfect. When I thought of my character, [a pedophile], I just thought of the man who molested me from the ages of four to seven. He was nice. I figured out exactly what happened when I turned thirty. I was in rehab and I had to do an inventory, they make you do a life inventory. I remembered how, when he molested me, I didn’t tell my dad because that sort of thing wasn’t the type of thing boys talked about. It somehow made you… less of a man. I didn’t talk about how he gave me a candy bar after each time, because my dad didn’t want me to have sugar, so it was kind of our little secret.

He continued, After rehab, I found the guy with the help of a private detective. It turned out he was living in Des Moines, he was a church leader and he was running a business. He’d adopted several kids and was going to continue to adopt. I wanted to share my pain and shame. I remember going to his place of work, coming up to him. And he shoved a finger in my chest, and suddenly, I was that scared little boy again. I looked at him, looked him in the eyes, and said, ‘If you ever touch me again, I’ll fucking break your neck.’ After that, I walked away, I felt better about myself, and I contacted the Governor of Iowa and instructed him to stop the adoption. Unfortunately, after posting signs all over the town, the Governor said, ‘We don’t have any evidence, what you’re doing is illegal, just leave, go back to Hollywood, let’s forget all this.’ Fortunately, I kept my eye on the situation, until my brother claled me one day and said there was a, ahem, problem with the adoption papers for the latest adoption. The one thing I never did [to my abuser] was show people who he was. That guy was my fuckin’ friend!

Arnold’s voice was shaky as he told this story, his eye contact limited, and his pauses measured, very uncertain. There was no shade of Arnold the comedian in this, nor was there the grandstanding of an actor in what he said- it was a simple, incredulous story about how someone so close to you can use you in the worst fashion. At this point the publicist approached, with time running out, looking to cut us off. Another journalist, one who leaned into Arnold uncomfortably during his story, forcefully demanded we have ten extra minutes, as we hadn’t gotten to the meat of the interview yet. Arnold looked down at the table, his face reddening as the final junket of the day was suddenly becoming longer as he had just finished bringing up very painful memories. You’re a persistent one, aren’t you? he asked, unsmiling, as the reporter launched into a spiel about how he needs a certain amount of material to be honest to his readers. After he finished, Arnold said, And you just used up one and a half minutes of your time to tell us all that, but another reported had already asked a question, and Arnold’s statement fell on deaf ears. Arnold later specified how his experiences factored into what many could consider a sympathetic representation of his character, in that he needs to woo Leslie. He’s her caretaker now. The audience has to be ambivalent.

Which means we’ve succeeded, Harris adds. With these characters, they’re left with an event and how to process it remains a mystery. The struggle of the film is how to break free of the cycle, to develop an understanding of the victim and the perpetrator. Harris is clearly dedicated to the material- the script was already in place in the early nineties, carrying a $4 million budget with Leonado DiCaprio attached. However, due to the involvement of some questionable German tax shelters and the questionable nature of a few key investors, money was hard to come by for the filmmaking veteran, who previously wrote and directed Bad Company and The Rachel Papers. In the end, he halved the budget and shot guerilla-style, a month-long shoot that was able to be delicate enough to avoid the graphic visual nature of such material. Harris wanted the ambiguity of what’s been happening to you as a child. The adults in the audience can understand, but Leslie cannot. Arnold forcefully interjects that if the material was in any way graphic, I wouldn’t have done it, clearly dedicated to avoiding any further discussion of the debasing superficial elements of such a story. Harris continues, Angelica Huston was making ‘Bastard Out Of Carolina, which is about the same stuff, and she said ‘Child abuse is a disease that dies in the sunlight’, and I agree with that. I think it was important to make this movie.

Arnold closed the session by discussing his future works, noting he had eight projects set up for 2009. He specifically mentioned April Showers, a drama written and directed by a Columbine survivor about a Columbine-type event. Arnold seemed uncertain as to what the final product would be like, as he noted that the first-timer behind the camera was still new to on-set etiquette. Through a bullhorn, the director would shout demands of the cast, shouting, C’mon, I was there! and forcing them to relive tragedy. It was at this point when Arnold claimed he grabbed the bullhorn from him and gave him a stern lecture on on-set behavior, saying, Don’t ever talk to them like that again. These kids don’t deserve post-traumatic stress. If you do that again, I’m leaving the project. It was a curious look into the mind of an actor once perceived as a joke but has now become someone with a little more than the work on his mind. 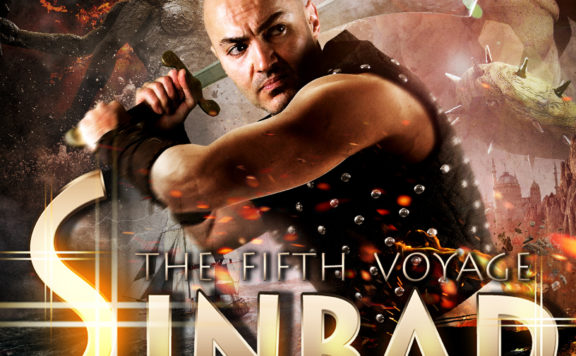