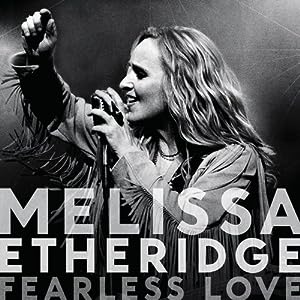 The single and album were produced by John Shanks, whose first album production was Etheridge’s 1999 Breakdown. Since that collaboration he has risen to the top ranks of rock and pop producers with credits including Sheryl Crow, Alanis Morissette and Bon Jovi, winning the 2005 Producer of the Year Grammy Award. “Fearless Love” spotlights the album’s solid rock foundation with the core band of Etheridge on acoustic guitar, Shanks providing imaginative lead guitar, color-filled keyboards from Jamie Muhoberac and the dynamic anchor of bassist Sean Hurley and drummer Victor Indrizzo.

Fearless Love, her triumphant tenth album, expands on the multiple strengths that have made Etheridge one of the most beloved figures in modern rock. It follows her revealing 2007 set The Awakening with a rousing tone at once tough and tender, as only Etheridge can be. It’s that force of presence that has earned her, among other accolades, the 2007 Academy Award for best original song (“I Need to Wake Up” from the documentary An Inconvenient Truth) and two Grammy Awards.

The title track “Fearless Love” will most likely way makes it way to the anthem category. It is full Etheridge, with a little edge. Proving that she is not the “auto tune” type of person, she asks some deep questions in this song, while declaring that regardless of her fears she is not going to settle.

Each of the songs tells a different story; a girl from the Midwest breaking free and following her dreams, a married woman with a family who cant stop thinking about what could have been; a daughter discovering the world for herself unfettered by her mothers beliefs.

Etheridge has spoken about her intention to utilize harder-rocking influences on her 10th album, and she makes good on that promise for the most part. Miss California turns on a gritty Jimmy Page riff, Indiana is a throttling pop-rock burner, and Nervous is a swampy, stomping blues rocker. Even acoustic ballads like To Be Loved devolve into a thicket of guitar heroics.

The CD stands out as being better than Etheridge’s last two albums. But, it feels like we’re not getting the real A-List material. There’s too many songs that sound like retreads or Etheridge feels like she’s borrowing from too many other artists. Still, it’s a fun disc for background music. I’d recommend it to all Etheridge fans.