Summary
In the most provocative film of 2004, Academy Award© winner Michael Moore (2002, Best Documentary, Bowling for Columbine) presents a searing examination of the role played by money and oil in the wake of the tragic events of 9/11. Moore blends captivating and thought-provoking footage with revealing interviews, while balancing it all with his own brand of humor and satire.
7.6
Good
Video - 7.3
Audio - 8.1
Movie - 6
Special Features - 9

Remember when people thought Fahrenheit 9/11 might impact the 2004 Election? How many of our younger readers even remember 2004? I have to ask this now. To catch you all up, Michael Moore was once a respect documentarian. Then, he became the equivalent of a high school senior with an axe to grind and the ability to obtain independent financing.

Political documentaries feel dated as soon as the calendar year ends. A lot of that has to do with news being so constantly on top. Mix that together with a degree of truthiness and any variation of a report gets equal attention to the masses. 16 years later, what Michael Moore was doing here like egotistical wanking.

Roger & Me is probably one of the greatest American documentaries since the end of World War II. The Big One then fed into a lot of his great work on TV Nation and other outlets. Yet, something in Bowling for Columbine showed a change. The message was strong and it was worthy of being nominated for the Oscar.

But, there was a lot of shorthand at play for a documentary. Feature films that follow fictional narratives are allowed flights of fantasy. The same doesn’t apply to documentaries. The truth has to live in documentaries. When the age of infotainment and smudging the facts got rough, things got shaky. In fact, I recommend rewatching Bowling for Columbine and Fahrenheit 9/11 in 2020.

The sloppy filmmaking between films is overpowering in a way that was able to be hidden in 2004. Why? Well, because audiences weren’t trained to go look for it. It’s the same way how audiences were able to tolerate standard definition back in the day and now almost every DVD looks like garbage. Once you experience something, it’s hard to step back with fresh eyes.

Watching the opening of Fahrenheit 9/11 to the quick pop culture cuts reflects the rest of Moore’s work. But, something changed. The filmmaker was gone and Moore the Iconoclast existed. He had won an Oscar, had a modicum of TV success and was now touring the country. The TV News Cycle was featuring him constantly and the GOP had demonized him.

But, much like a heel wrestler…Moore was enjoying the attention. By leaning into the attention, the films became secondary and it was more about framing his agenda. In a way, Moore’s work on Fahrenheit 9/11 helped birth the movies of D’Souza and more that would follow. A never-ending line of political personality movies prodding at thin premises that make the sole narrative voice into a celebrity.

Fahrenheit 9/11 should be far better remembered for the milestones it broke for documentaries. It was the first documentary to open at #1 for the American Box Office. Plus, it was the first American documentary ever to break $100 million dollars. If anything is taken away from the film, it’s that it proved the power of infotainment and documentaries in the modern age.

Infotainment documentaries are powerful and that’s all that Fahrenheit 9/11 can be considered. Are the facts accurate? Yes. But, the spin on the material is very brutally real. Think about how you talk politics with your friends and family. While you might be straight forward, there is always someone in your circle that has to put spin on everything.

All decisions are the most important decisions of your lifetime. Every faux pas or slip-up is going to bury their enemy du jour. Everything is life and death and going to be Watergate and Pearl Harbor by way of September 11th. Hyperbole is still hype regardless if it involves your preferred tribe or not.

MVD brings the Blu-ray with a treasure chest of special features. You get every featurette ever made in home video history for this release. This release has everything: 9/11 testimonies, interviews and trailers. The A/V Quality is a mixed bag due to the various film stocks used in the movie. Ultimately, I’d recommend a purchase to the curious.

Fahrenheit 9/11 is now on Blu-ray from MVD

In the most provocative film of 2004, Academy Award© winner Michael Moore (2002, Best Documentary, Bowling for Columbine) presents a searing examination of the role played by money and oil in the wake of the tragic events of 9/11. Moore blends captivating and thought-provoking footage with revealing interviews, while balancing it all with his own brand of humor and satire. 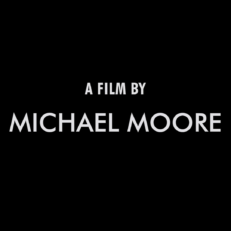 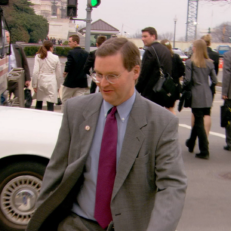 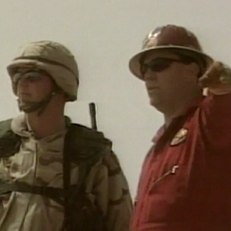 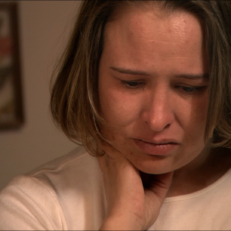 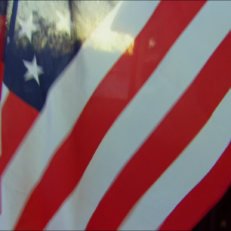 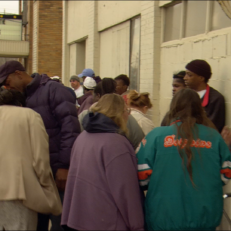 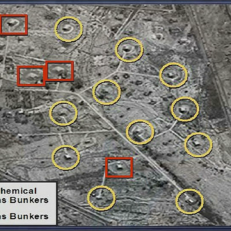 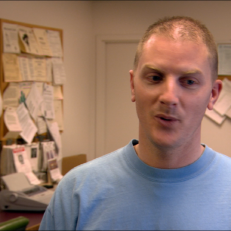