The first annual BlumFest kicked off today with several stars of upcoming Blumhouse films and TV shows sharing news about their projects. The event was hosted and moderated by Jacqueline Coley, editor at Rotten Tomatoes and kicked off with an introduction by Jason Blum.

BlumFest is available for viewers to watch now on Blumhouse’s YouTube channel (http://youtube.com/blumhouseproductions) and Facebook page (http://www.facebook.com/blumhouse), and shop for BlumFest merchandise at https://shop.blumhouse.com/. #BlumFest2020
See below for a rundown of everything announced today:

“I’m honored and thrilled to be at the helm of the next Insidious installment, which will provide an amazing chance to unpack everything the Lamberts went through a decade ago, as well as deal with the consequences of their choices. Directing the movie is both professionally and personally a full circle moment for me, and I am extremely grateful to be entrusted in continuing to tell this frightening and haunting story. Into the further we go…,” said Patrick Wilson

“One of the primary reasons the interest and appetite from fans has lasted for Insidious is because the people involved in the first film have stayed involved and kept it vital, interesting and good. I’m so grateful to our collaborators on the franchise,” said Jason Blum.

“We’re excited to have Patrick return as Josh and to make his directorial debut in a franchise he helped launch, and to drive the story Further into the next generation with Ty,” said Steven Bersch, President of Screen Gems.
Jason Blum will produce the film for Blumhouse, along with franchise creators James Wan and Leigh Whannell. Oren Peli will also produce. Brian Kavanaugh-Jones and Steven Schneider will executive produce.
Representatives Include:

“Coming off the successful launch of the first four films of the program, which has surpassed our expectations, we are excited to reveal the next chapter coming in 2021,” said Jennifer Salke, Head of Amazon Studios. “The spine-tingling, edge of your seat thrills continues in this next collection of titles that will surely entertain, surprise and shock our global customers.”

“We’re thrilled to see how audiences around the world have responded to the films in the Welcome to the Blumhouse” slate. We couldn’t be prouder of the work of these talented filmmakers, cast and crew on all the movies,” said Jeremy Gold, President Blumhouse Television. “And we’re excited to introduce the next wave of films and the incredible filmmakers at their helm.”

The Manor is written and directed by Axelle Carolyn, and stars Barbara Hershey, Bruce Davison, Nicholas Alexander, Jill Larsen, Fran Bennett and Katie Amanda Keane. After suffering a stroke, Judith Albright moves into a historic nursing home, where she begins to suspect something supernatural is preying on the residents. In order to escape she’ll need to convince everyone around her that she doesn’t actually belong there after all. Executive produced by Jason Blum, Jeremy Gold, Marci Wiseman, Lisa Bruce, Sandy King and Richard J Bosner.

When the wife begins to experience strange symptoms and terrifying visions, she tries to determine if it’s related to a legendary curse or something more nefarious. Executive produced by Jason Blum, Jeremy Gold, Marci Wiseman, Lisa Bruce, Sanjay Sharma and Matthew Myers.Bingo is directed by Gigi Saul Guerrero and written by Shane McKenzie & Gigi Saul Guerrero, along with Perry Blackshear.

In the Barrio of Oak Springs live a strong and stubborn group of elderly friends who refuse to be gentrified. Their leader, Lupita, keeps them together as a community, a family. But little did they know, their beloved Bingo hall is about to be sold to a much more powerful force than money itself. Executive produced by Jason Blum, Jeremy Gold, Marci Wiseman, and Raynor Shima.

“This is an incredible true-life narrative of a young man dealing with horrors – both paranormal and racially systemic – in a community that is scarred by hate, yet ultimately brought together by hope. I really appreciate Blumhouse’s commitment to telling stories that seek to entertain audiences even as it challenges them,” said John Ridley

“The best scary movies are always based on a real event, and we were very compelled by the material this story is based on. I also know that John Ridley is as good as you get as a dramatic storyteller, among contemporary artists, so we’re confident that infusing this story with John’s brand of drama is a great bet,” said Jason Blum

“Here at Truly*Adventurous we’ve been innovating ways to discover and tell true narratives in spaces such as horror that have been ignored by traditional media. We’re so excited to be working with these exceptional creative collaborators to bring such a thematically rich and timely Truly*Horror story to a wide audience,” said Matthew Pearl and Greg Nichols.

Jason Blum will produce for Blumhouse. Matthew Pearl and Greg Nicholas are executive producers. The film will be produced by Blumhouse in association with Truly*Adventurous.

John Ridley is a director, screenwriter, novelist, playwright, and showrunner. His critically acclaimed documentary about the Los Angeles uprising, Let It Fall: Los Angeles 1982-1992, recently re-aired on ABC, following its initial premiere in theaters and on ABC in 2017. It is also available on Netflix.

Ridley previously won an Oscar® for writing 12 Years A Slave, he wrote and directed the innovative Jimi Hendrix biopic All Is By My Side, and was the creator, director, and executive producer of ABC’s Emmy-winning anthology series “American Crime.” His limited series “Guerilla,” with Idris Elba, Freida Pinto, and Babou Ceesay, aired in 2017 on Showtime and Sky. Ridley is currently under an overall deal with ABC Studios, a division of Disney Television Studios.

It was recently announced that he will write, direct and executive produce an untitled musical drama for Showtime, along with Alicia Keys. He is also currently working on Black No More, a new musical with The Roots’ Tarik Trotter (aka Black Thought). In the fall of 2018, Ridley opened NO Studios, a space for the arts and community, in his hometown of Milwaukee.

Founded by Greg Nichols and Matthew Pearl, Truly*Adventurous (LINK: trulyadventure.us) is a nonfiction laboratory conceived in a spirit of adventure and built with reckless faith in the power of true storytelling. The company commissions original works from the world’s best nonfiction artists and has two dozen projects in various stages of development in film and television.
Representatives include:

And separately, from part of the Halloween Team, it was announced today that Further Front Publishing today launched the illustrated story The Legend of Halloween, based on the original motion picture screenplay of Halloween (1978) from John Carpenter and Debra Hill.

The new illustrated story is co-written by filmmaker David Gordon Green, who directed the 2018 Halloween sequel as well as the upcoming films Halloween Kills and Halloween Ends, and Author/Director Onur Tukel (Applesauce, Richard’s Wedding) who also illustrated the book, while Malek Akkad and Ryan Freimann, producer and executive producer of the 2018 Halloween film and forthcoming sequels, are overseeing the production.

The Legend of Halloween follows the iconic villain Michael Myers as he wreaks havoc on his hometown of Haddonfield, Illinois, on Halloween night. Laurie Strode, originally portrayed by actress Jamie Lee Curtis, falls victim to the escaped killer, but manages to fight for her life and confront her new foe along the way.

Through eerie rhymes and quirky illustrations emulating the unsettling nature of the classic horror journey, Green and Tukel craft a reimagined telling of the beloved source material for longtime fans and newcomers to the franchise. You can pre-order The Legend of Halloween at LegendofHalloween.com. Hashtag: #TheLegendOfHalloween 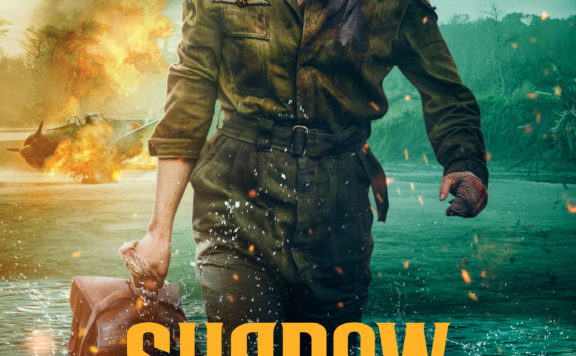 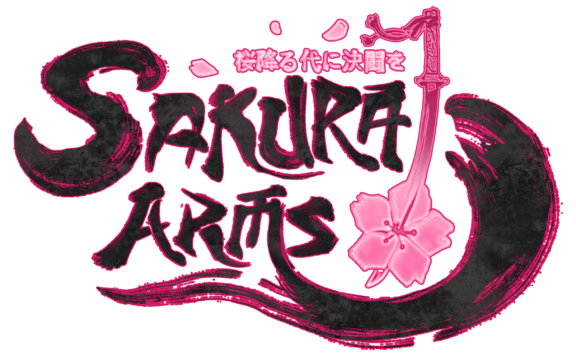 Fan Favorite Sakura Arms Now Available In The US
November 1, 2020
Do You Know That Voice? Surprising Actors as Animated Characters
August 21, 2015