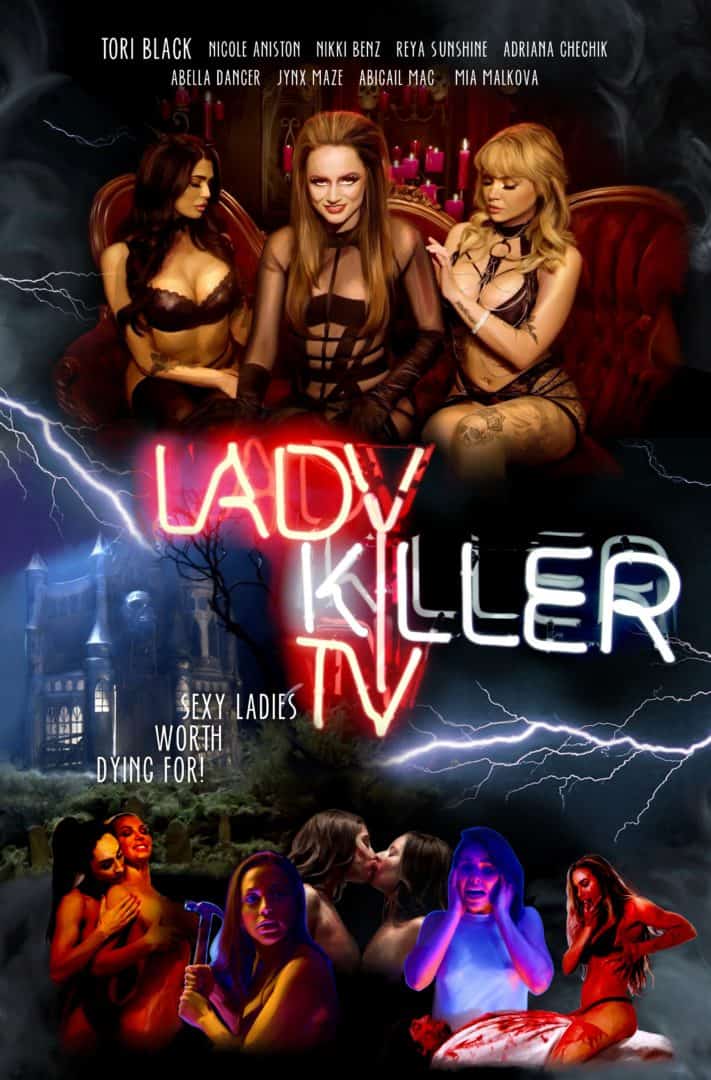 In addition to the feature film, the LadyKillerTV series, which consists of 24 vignettes in eight episodes, will premiere its Friday the 13thspoof ‘Camp Blood Sex’, starring Nikki Benz and Reya Sunshine, on the Pornhub.com site starting October 18.
“After hours, days and weeks of putting this series together, and now assembling this feature film, FINALLY LadyKillerTV is getting a proper movie premiere in Las Vegas,” said Spencer, who also appears in each of the vignettes. “We’re reimagining horror film in a way that’s comfortably familiar and yet new and unexpected.”
Adult stars such as Tori Black, Nicole Aniston, Nikki Benz, Abigail Mac, Joanna Angel, Katie Morgan, Richelle Ryan and Darcie Dolce are expected to be in attendance for the red carpet event and the private after-party.
To find out more about LadyKillerTV, visit Ladykillertv.com
IG: @ladykillertv
Twitter: @ladykillerTV1
Tags: Erotic Horror Parody LadyKillerTV Set for Star-Studded Premiere October 23 at Palms Las Vegas, LadyKillerTV