Steve: Would you prefer Eli?

Eli: Yeah of course! Mr Roth makes me sound like a Professor of some sort! *laughs*

Steve: Im down in Australia so Ive had to get up really early *laughs*

Eli: *laughs* Yeah I hear ya! Hey I just watched Road games the other night!

Steve: That sounds familiar… (at this point Im searching my memory, the movies title is very very familiar… I know it… what movie is it again…)

Steve: Yeah we actually watched the documentary that your friend Quentin Tarantino was in, the Ozploitation one…(sidenote: The documentary is called NOT QUITE HOLLYWOOD, very highly recommended!)

Eli: Oh yeah! Ive got a copy of that one, I havent watched it yet.

Steve: So weve called up today in regards to the Cabin Fever bluray today that youve got coming out soon…

Eli: Im really excited about the bluray! Its the original cut thats coming out, it hasnt been seen since 2002 on the movie circuit, this was the movie that got sold, then the studio recut it so its a little different from the theatrical version. Iwatched it recently with an audience and it brought the house down. There were more scares, more funny stuff, theres more character stuff that originally didnt make sense that makes sense in the cut now thats answered. We went and we did a new transfer, a hi definition transfer, a new remix of the sound, it sounds beautiful. I recorded a new audio commentary with four of the five cast members, put in a photogallery, I really wanted the fans to get their moneys worth. This is not gonna be on dvd. This is only gonna be on Bluray! Its only gonna be available on high definition which is how it should be seen, youre gonna see every drop of blood and every morsel of flesh!

Steve: The first time I saw Cabin Fever, I saw it on Aint It Cool News, I remember seeing it advertised.

Eli: Yeah, theyre one of the reasons we got it sold. Before the Toronto film festival Harry said I have a feeling about this movie, dont go home you gotta stay for this film! we were the dead last movie, out of 350 films and he said Dont go home, you gotta stay! and people did. Harry was a huge reason that the movie sold. Actually I remember I went to the Melbourne movie festival with it, where I met Leigh Whannel, he said he wanted to write horror movies and we chatted in the lobby, then I saw him like six months later we met again and he said Hey Ive got this new movie called SAW and Ive got this ten minute short that I think theyre gonna make a feature… and I remember in Sydney I did Popcorn Taxi and I really had a great time, the Aussie dvd I think thats on there. Icon did a great job with releasing it down there.

Steve: So youve managed to do new commentary for it, youve done this just for Bluray. Not enough people are doing things specifically for bluray.

Eli: Oh yeah! Seven or eight years ago when we were first doing the dvd transfer, this guy said to me You know this will never ever look this good again. This is a $20,000 monitor youre looking at, color calibrated. And he goes Its gonna be years before this stuff comes to home video. And we actually couldnt even find the master tapes. LionsGate really supported me. We went to the original negatives and retransferred it, we actually remixed the sound and its actually great the Directors Cut never came out on DVD, because now people will actually see the movie with all the photography looking its best, the production looking its best, the performances at their best, the gore at its goriest, I wouldnt WANT this on dvd, it would take away from it. The only people who will see this are the people who are true film aficionados who have a bluray player and a high definition monitor.

Steve: Oh for sure, I know Ill be buying it. I mean Im eager to see part 2 for instance, I know you didnt have anything to do with it, but still. I mean, I love these kinds of movies. I loved the Hostel series as well, I had a great time with them.

Eli: Oh! Thank you very much!

Steve: Ah, mate, I really did, I thought they were great movies. I really got a bit of a giggle with cabin fever, the whole Roeper situation. His comment about it. (Note: We wont go into it here, its a few years old, the situation, google it for yourself ) I think too many people base their opinions on what critics say.

Eli: Sometimes, theirs reviews and theirs criticism… I think Harry’s a smart critic, Devin Faraci’s a smart critic (CHUD), Brad Miskef (Bloody Disgusting), theyre guys who will point something out or find something you never thought about. You dont want to just hear praise. The audience is the ultimate judge of your film. You can feel it if its working or not in the room, you dont need a critic to tell you that, but its great when someone points out something about your work that you never thought of and makes a connection and gets you to think of it in a different way but I think that those people are so far and few between.

Steve: I think when some people take a critics opinion and judge a movie without seeing it…

Eli: Yeah but I think its less and less now, they generally judge it by what their friends say. Movie criticism is down to 140 characters. If someone goes on twitter this movie sucks! thats what their friends listen to. Youll know by 3pm Friday if a movies working by what people are saying on twitter, and I think thats good! I think its gotta make people step up their game, make them make better movies, you cant fool people with a trailer and a big opening weekend and wait for people Monday morning to say it sucks, now people write what they think, put it up and blast it to all their friends! So when you make a movie like Inglourious Baestards it can work for you, work in your favour. People come out and they go Baestards is amazing, Baestards is great! like, it was the number one tweeted most thing that weekend! So it can work for you or against you, but youve still got to make a good film.

Steve: Oh thats true! Cabin Fever, look at it, my mates and I were going around going That was friggin awesome! going on about the scene where Rider goes to…

*At this point my son walked into the room, having woken up, carrying two, yes, two Nintendo DSs. Limited time on a phone call does not wait for any 6 year old… Mario is apparently more important than Eli Roth to my son! So I asked him to wait for 5 minutes… Eli Roth actually heard me ask my son to wait for 5 minutes whilst I spoke to someone on the phone… dear god I hope he doesnt think Im a bad dad now lol! At least my son can now say he was brushed off playing DS with daddy for a hollywood director eh?

Steve: Anyhow… sorry about that! Hes gone now to play his DS! Haha. Anyhow as I was saying, the scene where Rider…

Steve: Where he puts his hand on his girlfriends leg and…

Eli: Oh yeah and he gets more than he bargained for!

Steve: Yeah and that was a fantastic scene. We laughed and giggled about scenes like that for ages.

Eli: Great! Thats the idea, I wanted a film people would watch with their friends, that theyd quote after and you know, just become part of an inside joke with your friends.

Steve: Oh and the scene with the kid who did the karate out of nowhere!

Eli: Oh yeah! He came in and auditioned and did it out of nowhere, I was as shocked as the audience was in the audition room when I thought How can I not! None of this is in the script and ALL of this is going in the movie, this is just so wierd!

Eli: How could you not! Thats what I learnt from David Lynch. He really taught me to see whats infront of you. Dont get married to whats in your head, see whats in front of you, cause if youre only thinking of whats in your head you might miss something beautiful. And this kid came in and did this karate and I thought how can we not have this in the film, it would be a crime not to have it in the film, and here we are today talking about it!

Eli: Well, Id love to but Ive gotta finish the script first! Right now Im focussed on my scifi film Endangered Species, that Ive been writing. Truthfully, Ive been having so much fun with all this awards season stuff with Inglourious Baestards, you know, I dont wanna miss it! After Hostel, I, I went straight into Hostel 2, I didnt stop to enjoy the success of Hostel 1, I was so focussed on getting the next thing going, I realise how rare these moments are in your life when you make a film and people love it, its a very rare and wonderful thing. We worked for a year on the film, so we wanted, its nice to sit back and enjoy it. Theres another few weeks of that, Ill finish Endangered Species, then the script for Thanksgiving. I realise I can only make one movie at a time, Id try to make ten movies at once, but itd never work!

Eli was fantastic. I must admit I was starstruck on the phone, Elis a personal favourite of mine, I loved his work in Cabin Fever and Hostel, whilst I do think Hostel was better than Hostel 2, I still enjoyed Hostel 2 immensely, its like saying I enjoy a texas t-bone over a porterhouse… I love both, I just prefer one over the other… cant wait to see how Endangered Species and Thanksgiving turn out! Cabin Fever Bluray is out now.

(Id write it in proper date form… but being Australian and most of you guys American, the way we write it, itd confuse the shit out of you…) 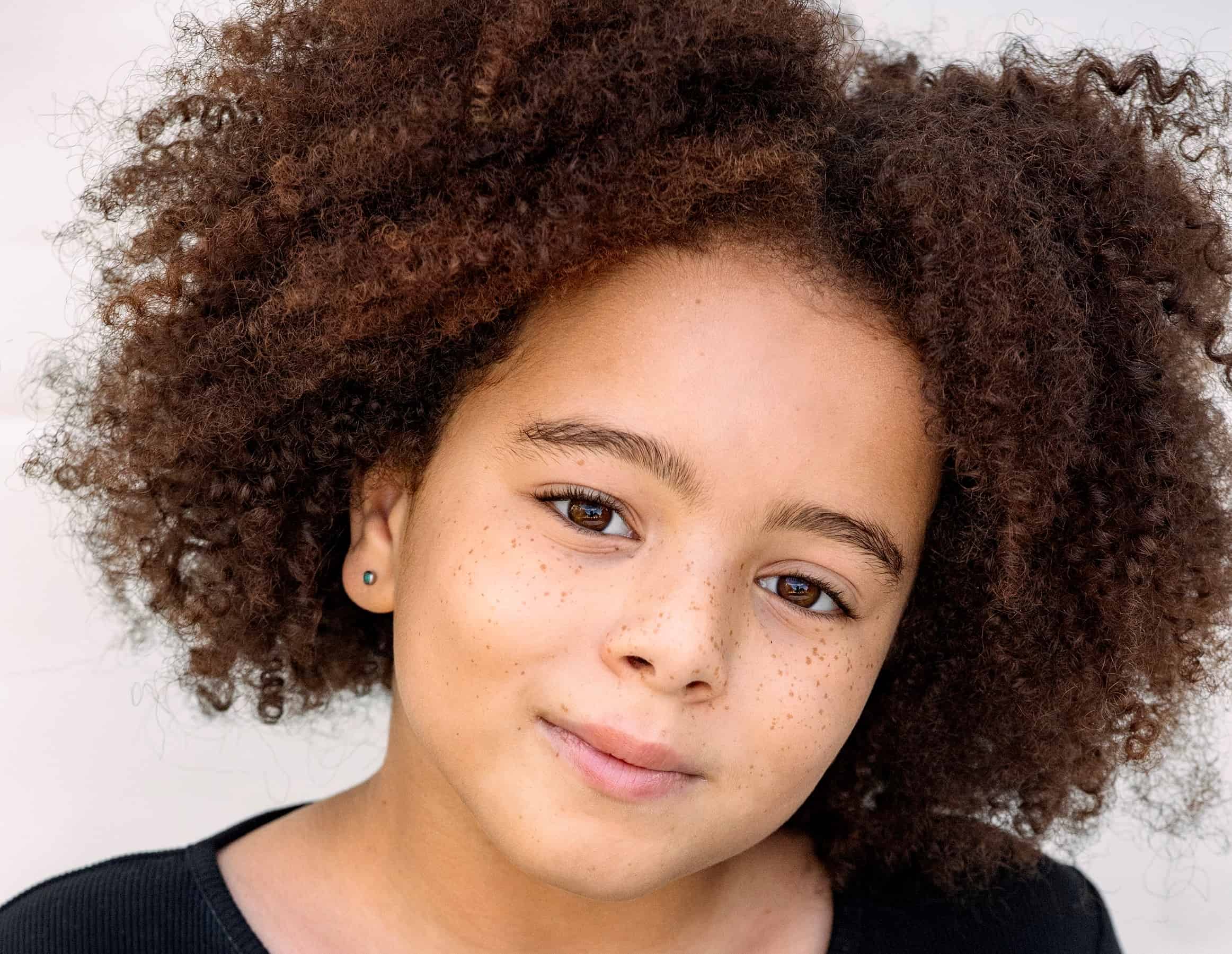